This week's collection of Oddities addresses the subject of embassies.

The Embassy: Extraterritorial Nuisance or Beacon of Hope?

The idea of ambassadors goes back to ancient times – Greece, Rome, ancient India. The idea that ambassadors were a protected class of individual came from a simple need: if you shoot the messenger, you don't have a way to tell the other guy why you're mad at him. No negotiations are possible, and there might be consequences. In modern times, this idea has worked out in the extraterritoriality of embassies: each embassy is a little piece of the home world in their neighbour's capital city. It's a good thing, even if it annoys some people. 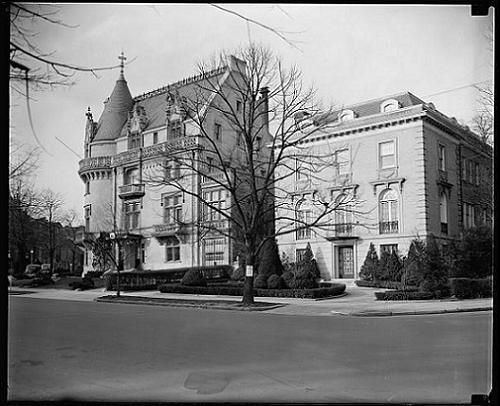 These days, the Vienna Convention on Diplomatic Relations of 1961 defines the rights and privileges of diplomatic personnel everywhere. According to the UN, 'Article 22 confirms the inviolability of mission premises – barring any right of entry by law enforcement officers of the receiving State and imposing on the receiving State a special duty to protect the premises against intrusion, damage, disturbance of the peace or infringement of dignity.' That's an important protection. Remember, while those people you don't like are swanning around in your country, your diplomats are swanning around annoying somebody else. It's a mutual hostage situation.

Talk about holding people hostage: in the 1930s, Nazi Germany annexed Austria and part of Czechoslovakia. They annexed their embassies, too – creating a 'Protectorate' compound on Embassy Row in Washington. Nobody liked it (except the Nazis), but they put up with it. They needed to talk.

When they stopped talking, they started shooting. At least 50 million people died in that war. Part of the Axis back then was Italy. In the late 1930s, lots of US citizens, particularly Italian Americans, were angry at Mussolini for his fascism and imperialist ways. Invading Ethiopia was not popular with these folk. They protested – loudly but peacefully. Police probably sympathised, but kept the crowds 500 feet from the buildings. It was their job. 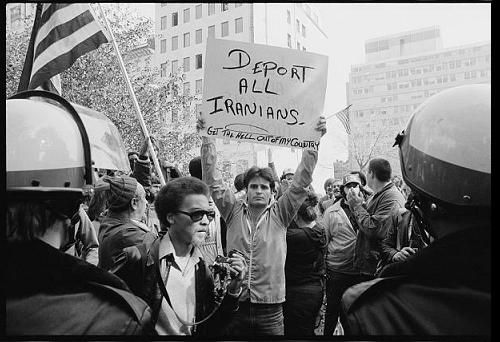 What happens when diplomacy fails? When institutions such as embassies are not respected? In 1979, the world found out. Iranian students who were in favour of their country's revolution were angry because the US had long supported the unpopular Shah of Iran. The students stormed the US embassy in Teheran, holding 52 people hostage for over a year. Negotiations failed. A rescue attempt failed. The incumbent US President, Jimmy Carter, lost his bid for re-election. Finally, a treaty was hammered out, and the hostages came home.

While all this was happening, in a student residence outside Cologne, West Germany, six students – three American, three Iranian – watched the unfolding mess with stunned horror. They were sitting in their communal kitchen. They comforted each other, and wondered why, if they could weather such problems as Mahsoud's budgie loose in the dining area, or the nudist Yugoslav down the hall, the best minds (presumably) on the planet couldn't stop something like this from happening? After all, living cheek-by-jowl with one another had given us many reasons to respect and appreciate each others' cultural accomplishments. We were our own embassy – but Washington and Teheran needed them, too.

And that, my friends, is why you respect embassies, even when you disagree with the nitwits inside there.

'But I HATE those guys!' Get over it.

'We need to show them who's boss!' Go win another Olympic medal.