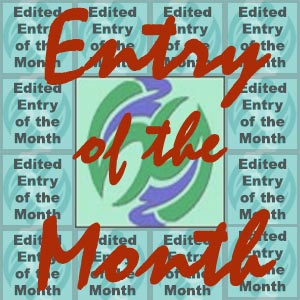 Welcome to Entry Of The Month, the Post column that celebrates the very best of writing for the Edited Guide.

Thank you to everyone voting in the December 2010 competition, as indeed in every Entry of the Month competition since it began in September 2007. Sadly, December's will be the last competition for the forseeable future. The numbers of published entries have fallen so low towards the end of 2010 that we have decided to suspend the competition until the rate increases once again. To illustrate this: in the month when Mu Beta initiated the competition, there were 48 new entries to choose from. In January 2011, there were only five.

We can only hope that with the site redesign and the forthcoming transition to a new host, h2g2 will gain a new lease of life. It would be wonderful to experience once again the enthusiasm and appetite for writing which we all remember from the earlier days of the project.

I enjoyed the task of compiling the monthly shortlist for one main reason: it forced me to read through all the Edited Guide entries. I invariably found an amazing diversity of topics, approaches and styles, each one crafted by some very talented folks. If you look through the archive page for this competition, you'll find the list of monthly badge-winners. No writer has won it more than a handful of times, and there are examples of all types of entry: historical accounts, biographies, travelogues, collaborative pieces, erudite university projects, as well as a sprinkling of zany ones which defy categorisation. They were sub-edited by volunteers, and illustrated by our very own community artists and photographers, too. You can all be proud of yourselves.

We have one final winner to announce:

Entry of the Month, December 2010 is The Nerja Caves, Andalucia, Spain.

This Entry, written and photographed by Galaxy Babe and sub-edited by Gnomon, describes this geological wonder in Southern Spain, which doubles as an underground auditorium.

Congratulations to everyone involved.

Entry of the Month Archive