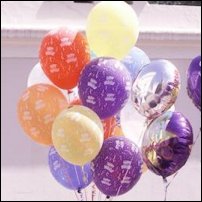 MVP's response to sprout's 'Not Enough Time to Live Twice'

When I first read 'Not Enough Time to Live Twice', I identified strongly with Sprout, because I too have been a grey person and a civil servant. As time passed, I found that the central images of the grey men and the tall poppies went with me, became part of my mental landscape. So 'Face in the Crowd' is a variation on a theme of Sprout's.

FACE IN THE CROWD

The crowd flows viscous through Victoria:

leaks through turnstiles, seeps to daylight

I close my seeing eyes and sleep walk,

aware of looming forms, not people.

My mind protests 'I'm just a drop of oil

This isn't what I meant to be

not what I want to do in life.

I would have made a contribution

been a person of distinction.'

To stand out, climb high above the crowd

of dedication in a talent temple.

I could only see myself an acolyte.

So, as oil meets the road, solidifies as people

I watch the faces: drooping mouths and eyelids,

eyes that meet and greet or scour the pavement.

They speak of tales untold but brightly lived:

each life a jewel of personal uniqueness.

Pinn is brilliant at making past times live. When I read his 'La Quinta del Sordo', I wanted to rush off, read about Goya and look at reproductions of the paintings Pinn describes so vividly. This poem is a product of that process.

buried plaster in shades of black

Did cruelty and terror live in paint

as power-mad lords devoured a nation?

Did he peer in mankind's broken heart

and find the agent of destruction?

He brought forth in frightful birth

A god, eyes bursting out with frenzy,

chews the lifeless body of his child.

As Goya fled that place of darkness

had he faced the worst and dared to hope?

The AWW is inspirational in many ways. The following is inspired by, and constitutes a tribute piece to, LLWaz's short story 'Fisi Crosses the Boundary. Anthropophagy is a popular topic on the AWW1, and has appeared at least twice in the UG. Here, then, is yet another story of nature's yearning to eliminate the human threat by turning it into food. I offer the tale of one creature's journey toward revenge and satiety.

Teddy lumbered his way down Oxford Street, a small furry menace, keeping out of the way of late pedestrians and the streetlamps. Night was his element.

He stopped in the shadow of a rubbish bin, sniffing the air cautiously. Man, the eternal enemy, was everywhere. The monster had driven him into the shadows, had driven him mad. But he would have his revenge. It was very close now.

Teddy was Cricetus cricetus, and proud of it. Proud of his ancestral lineage, which reached back to the steppes of Central Asia. The race memory of animals is hard-wired: Teddy had an innate knowledge of what it had felt like, back in the 1930s, when his kind had invaded across the River Nister, swimming in their tens of thousands. Many had died. More had arrived, finding rich pickings in the fertile grain fields of the Banat. Many had died there, driven to starvation by the shovels of farmers digging up their burrows for the hoarded grain... Man the Destroyer.

From Romania his grandmother had immigrated - illegally, of course, but also accidentally, brought hither in a grain sack aboard a cargo steamer - to the wilds of London, where she had ended up in, of all places, a pet shop, due to the ignorance of the owner, who took her for merely a very large Mesocricetus auratus.

Humans, Teddy thought, and took advantage of a red light to sprint across the street, as far as he was capable of sprinting, being built for comfort and not speed. He reached the other side, and made his way on four padded feet towards his goal - the pet shop near Bourne & Hollingsworth. There his prey awaited him...although the prey did not know it. Teddy chuckled.

Teddy was a foot long. He knew this, because he had measured himself against the official ruler - no, not her, the brass one in Trafalgar Square, which was exactly twelve inches long when the temperature was at 62 degrees Fahrenheit. Measuring himself had been an aerodynamic feat, and he had been rewarded by a pigeon fancier who shared some of the breadcrumbs with him. Fool, thought Teddy. This careless charity will not save you. For Teddy had Ambitions.

He was going to eat a man.

Not just any man. The one who sat, night after night, in the pet shop window, grinning at him, staring into space. Teddy hated pet shops - he was born in one - and Teddy hated this man with his oddly mottled skin. Teddy hated him enough to give up his usually herbivorous nature.

Teddy hated him enough to consume him.

Reaching the pet shop, Teddy made use of his height to stretch and reach the hole he knew was there, the one he'd seen the squirrel go into, and then come out of with his stolen food. Aha, he thought. Got it. The screen had not been replaced. In he went. This was going to be easy.

In a twinkling, Teddy was in. He stopped and sniffed around the pet shop. The hated odors of his childhood came flooding back...the smell of all manner of species kept in one place, cats, dogs, birds, ferrets... and under it all, the smell of man. Disgusting, a mixture of sweat, tobacco and spam. Teddy ignored the window for now - he knew He was there - and concentrated on his search in the aisles for sawdust bedding.

He found the large blocks of bedding in Aisle Three, and began pulling them, one by one, into the centre of the floor. He was going to need a lot of it, he suspected. He ripped open the plastic packaging with strong teeth, and then scrabbled at the packed contents with his claws, first spreading it out, then gathering it up in a huge pile. Teddy had been born and raised on this bedding - it had been the bedding of his 'home' on Holland Road, where the blonde Pink Giant had squealed at him every day, until, when they opened the cage, he had run out... out into the streets... out into his desperate freedom...

Satisfied with the mountain of sawdust, Teddy addressed himself to his intended victim, who in all this time, curiously, had not moved from the chair in the window, nor even turned, although six blocks of packed gerbil bedding make a lot of noise.

Teddy now approached his prey, boldly, as was his wont. He looked up at the dauntingly large figure sitting in the chair, under the sign with the bird pictures on it. He surveyed the mottled skin, the staring black eyes...then he remembered the indignity of The Wheel. His blood boiled over, and he attacked.

Teddy's bite was fierce, but the monster did not move, merely stared straight ahead, as if impervious to pain. We'll see about that, thought Teddy, and attacked with renewed vigour, biting off a toe.

Hmm, humans taste better than I thought. A hint of anise... Teddy ate from his unresisting victim until his cheek pouches were full, then ambled down to his makeshift nest, where he buried the grisly remains under the sawdust. Then he returned for more.

On into the night Teddy laboured - and it was labour - the streetlamp shining through the shop window illuminating his determination. First one leg, then the other...trips to hide the spoils...then the torso...the giant did not move, seemed in a trance, perhaps mesmerised by the horror of it all, perhaps stunned by the streetlamp...there was less gore than Teddy had imagined.

Teddy was beginning to tire. He stopped to drink some water from a dish in a now-empty cage, then forged on, relentless. The final triumph was when the head fell from the crumbling shoulders with a plop, and the hated eyes popped out onto the floor. Teddy took one in his mouth...ugh...and spat it out again. Disgusting.

Teddy was flagging, his vestigial tail drooping. Revenge had turned out to be tasty, but exhausting. He crawled to the sawdust nest, gathered some up, away from the remains of the human, and curled up to sleep. To sleep, perchance to dream of the wheat fields of Russia...

Michael looked at the mess in his shop window in outrage. 'Pete! Come here! Did you leave the cages open again?'

Pete, who had already seen the mess, arrived with broom in hand. 'No, Mike, I did not. Nor - before you ask - did I destroy that masterpiece in the window, your imaginative Birdseed Wicker Man. I believe I know what did, though.' He reached down into the pile of sawdust on the floor - sawdust mingled with about a hundred pounds of first-quality Eiffel Mountain Brand birdseed - and gently touched the sleeping ball of brown, white, and black fur.

'Ouch!' Pete drew back his hand hastily. 'The little beggar bit me.' He sucked his bleeding finger as he picked up his boss's favourite bits - the Brazil-Nut eyes - from the floor...

1Second, perhaps, to arson as a form of popular entertainment.