Clearly a good time was had by all at the recent London Spring Meet, judging by the photos we've seen of the event. We've decided to publish some of the best of them as a fortnightly Caption Competition. Please submit your caption to the appropriate thread at the bottom of the page. The authors of the winning caption and two runners up for each week the competition runs will have their names and winning captions printed the following week in The Post. 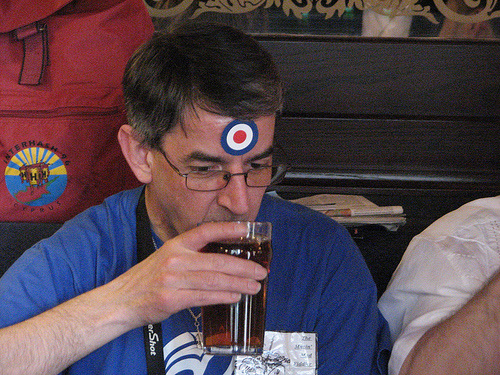 Last week's picture gave us many amusing captions to mull over and The Post Team were very hard pressed to come up with a favourite. But like all good
judges we came to a decision:

The two runners-up are...

'When we were told that one of the Mods would be at the meet, this wasn't what we expected.'
by
Mu Beta

and
'Paranoia drove him to drink, he was being targeted.'
by
WanderingAlbatrosss

This week's photo was submitted by Galaxy Babe - thank you very much! 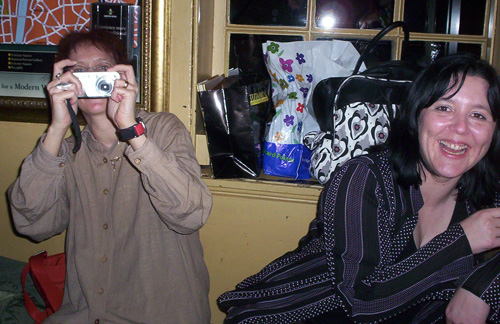 Please note that the deadline for this week's captions is Sunday 29th June. Entries submitted after this date may not be considered, depending on how funny they are.