All you need to do over the next few weeks is come up with a funny, original caption for the featured pictures taken at the recent Unofficial London Summer Meet 2004. The authors of the winning caption and two runners up for each week the competition runs will have their names and winning captions printed the following week in The Post.

Despite Master B already having given an amusing caption to this picture from his collection we still managed to attract plenty of good entries. After much debate The Post Team settled on the following:

'Sadly the Harry Potter casting session was a mixed bag. Unc's reimagining of Hermione was not universally popular. Opti's Cho Chang was regarded as dismal. PSG however got the dementor spot on and has won a role in Goblet of Fire!'
by summerbayexile

The two runners up are...

Well done to all three of you and sorry for all those who just missed out, why not give this weeks competition a try it looks like fun.

Picture for this week by Ged

This competition closes at midnight GMT on Tuesday 10th
August. 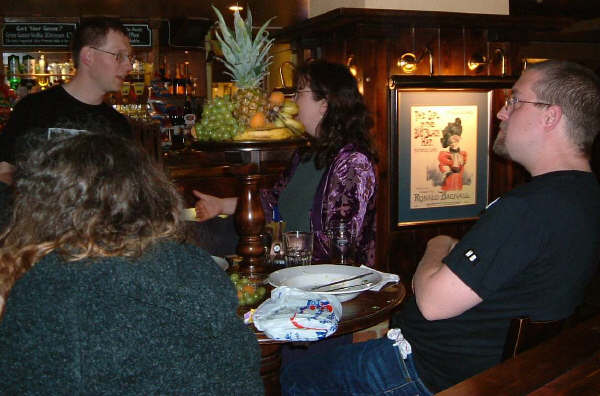