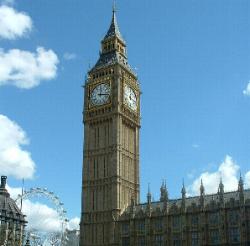 Monday morning found me at Ben's flat in Cheltenham in Gloucestershire on the edge of the beautiful Cotswolds. I was looking forward to the drive through the famous countryside on our way to nearby Hidcote Manor Garden but I awoke feeling truly dreadful. My virus was full blown. I had the mother of all headaches, my throat hurt, I had the beginnings of a cough and I was congested and feverish.

Ben and Z took pity on me and went out in search of some over the counter cold medication. Having a doctor in the house is sometimes a handy thing. They returned with lozenges, cold capsules and the makings for a full English breakfast. Is it feed a cold, starve a fever or the other way around? It didn't matter since I had both.

The traditional English fry-up is (with the exception of the beans) the type of breakfast my mother fed us growing up. It is therefore high on my list of comfort meals. Considering my poorly condition and the fact that she was recovering from a particularly nasty migraine, Ben decided it was exactly what we needed. I wasn't about to argue with her.

English bacon is different than the bacon we are accustomed to eating in the states. I believe you call the American version stripy bacon1. The English bacon is much more like Canadian bacon, which doesn't come from Canada, by the way, except that it is in rectangular strips rather than small rounds. It is leaner and healthier as a result. Another difference between Ben's fry-up and my mother's was the tomatoes. My mother always served them raw rather than grilled. Breakfast was wonderful and I found myself feeling sorry for vegetarian Dr Z who was perfectly content to skip the bacon and sausages.

We set off with contented tummies for Hidcote Manor. The countryside was glorious. I arrived in England with a mental image of what it should look like. The Cotswolds fit that image perfectly. We went through Chipping Campden which has to be the loveliest of the English villages I saw on my trip. I later learned that it is considered by many to be the most beautiful village in England2.

Hidcote Manor is situated in 300 acres on the edge of Hidcote Bartrim near the village of Mickleton. The estate was purchased in 1907 by an American widow named Gertrude Winthrop and her son Major Lawrence Johnston. It was Johnston who created the now famous ten and a half acre garden. It was the first important garden to become part of the National Trust which took it over in 1948.

Teuchter was the first to arrive. We found her having lunch. The Garden Restaurant makes everything it serves on the premises using local produce and other fresh ingredients. The rest of us were much too full from breakfast to sample their offerings, but the menu was impressive. If I am fortunate enough to return to Hidcote, I will do so on an empty stomach.

Z succumbed to a membership appeal and encouragement from Ben and Teuchter to join the National Trust. I was surprised to learn that it is a charity and not affiliated with the government. The National Trust administers and preserves over 300 historic houses and gardens, 49 industrial monuments and mills and oversees a wide variety of natural areas, archaeological sites and villages. It receives no government funds and must depend upon membership fees, donations and the money raised from admission fees, gift shop revenues, etc.

The National Trust has a membership affiliate in the United States called the Royal Oak Foundation. There are over 40,000 American members. I am seriously considering joining before my next visit to the UK. I already know I'll be visiting 2 of the gardens on their list and perhaps other properties as well. I may not save money on admissions with a membership, but it would be a good thing to do anyway. I genuinely appreciate the work they are doing. 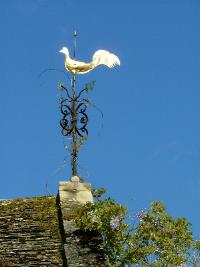 Hidcote Manor Garden is designed in the 'Arts and Crafts' style. I was generally familiar with the Arts and Crafts movement popularized by John Ruskin and William Morris, but not as it related to gardens. In order to achieve the desired effect, Major Johnston created a collection of clearly defined outdoor rooms with strong boundaries. Those areas near the manor house have formal geometrical beds and the areas further away are very natural looking.

Most of the boundaries are created with hedges, primarily yew, holly and beech. Each individual garden room is unique and planted with different species. There is a large gazebo which is centrally located and serves as a focal point. There is also a large circular pool surrounded by roses. The views from the edges of the garden are wonderful. They overlook the Vale of Evesham and reinforce the pastoral setting of the estate. I was especially pleased to see flocks of sheep grazing on the hillsides. I live in cattle country where sheep are scarce.

One of the important features of Hidcote Manor Garden is a large amount of topiary. There is a particularly nice one of stylized birds in the White Garden. We were told that they are surrounded by masses of white tulips in the spring, but alas we were too late for tulip season. Another striking feature is the presence of two large open areas, the Theatre Lawn and the Long Walk. I could imagine weekend parties with guests in Edwardian dress playing croquet and sipping tea.

By now you all know I am a great fan of trees. There were many fine specimens at Hidcote. There is a magnificent handkerchief tree near the entrance, Davidia involucrata vilmoriniana. There is also an abundance of maple, beech and hornbeam. The colour schemes are wonderful, also. Besides the White Garden there is a garden with all red borders, blue and white in the Old Garden, pinks and mauves in the Pillar Garden, dark blues and yellows in Mrs Winthrop's Garden.

There are 28 separate, distinct areas at Hidcote, far too many to detail here. Suffice it to say that the entire garden is magnificent and well worth a visit.

We had tea in the tea bar then retrieved my luggage from Tuechter's car. I hugged Teuchter goodbye and set off for Birmingham and the train station with Ben and Z. I sorted out enough clothes to last me for a few days and left the rest of the luggage with Ben. Then Ben and Z put me on the train to Leeds for the Northern leg of my tour.

Amy was waiting at the station to collect me. She had arranged a trip to Haworth for the following day, followed by a visit to Saltaire and a curry in Bradford. I was tired, unwell and doing my best to be perky, so I was delighted to reach the Nest and fall into bed. 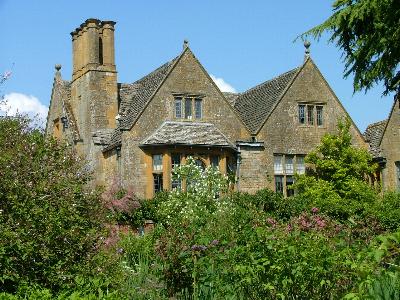 1I think you mean 'streaky bacon'... ed2Broadway used to hold that title but it has become so popular with tourists that the effect is slightly spoiled by the procession of coaches passing through... ed