'L'Homme Arme: a Mass for Peace' by Karl Jenkins Content from the guide to life, the universe and everything 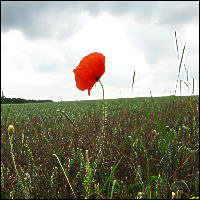 'The Armed Man: a Mass for Peace' by Karl Jenkins1 was commissioned for the year 2000 by the UK Royal Armouries. It had its premiere in London in April 2000, using texts from a wide variety of sources. The lyrics to the different sections can be found online. It starts with the 14th Century French song 'L'Homme Armé' which tells the listener 'L'homme armé doit on douter'2, then proceeds to texts from the Bible, the Islamic call to prayer, a poem about the devastation in Nagasaki and Hiroshima, the Mahabharata, and texts by poets such as John Dryden and Rudyard Kipling, glorifying the heroism of soldiers or the glory of war. Interspersed with these are texts from the Latin Roman Catholic Mass. 'Better is Peace' is the finale. Jenkins sought inspiration for the piece by considering the bloodshed in Kosovo. He hoped to bring closure to the 20th Century's pattern of conflict.

'L'Homme Armé' can be performed as an extended choral work that runs to more than an hour. The piece can also be performed in synchronisation with streaming footage of armies marching in wars of the 20th Century. These visuals can be projected on a screen visible to the audience while the chorus sings. Viewers interested in this multimedia approach can buy any of three videos that have been made by different ensembles at different times. 'The Armed Man' has become the UK's most popular piece of contemporary music3, and has been performed more than 3,000 times worldwide.

Karl Jenkins has become 'the UK's biggest-selling living classical composer'. Moreover, in 2004 'The Armed Man' was 'voted by the listeners of Classic FM as the eighth-best piece of classical music ever.' Jenkins was the only living composer whose work was represented in the Top Ten. 'The Armed Man' has regularly featured in the Classic FM Hall of Fame since then.

During the COVID-19 pandemic of 2020, Jenkins conducted a virtual version of 'The Armed Man', 'recorded during lockdown by 5,000 singers from across the world.' They sang from their homes via videoconferencing equipment - Jenkins called it the 'Stay at Home Choir.' This virtual version does not include the entire piece, but can be a good introduction for people interested in hearing or seeing the full production. It is available on YouTube, with prefatory material by Jenkins himself.

Full performances of 'The Armed Man' can also be found on YouTube. At time of writing (2021), there are at least three versions to choose from.

1Karl Jenkins was raised in Penclawdd in Wales. He studied at Gowerton Grammar School, Cardiff University (gaining a BMus Bachelor's Degree in Music) and the Royal Academy of Music, London. 'The Armed Man' is his best-known piece.2Translation: 'The soldier is to be feared or doubted'.3Contemporary classical music is music within the Western art music tradition that was written close to the present day.