St John's Beacon, Liverpool, UK Content from the guide to life, the universe and everything 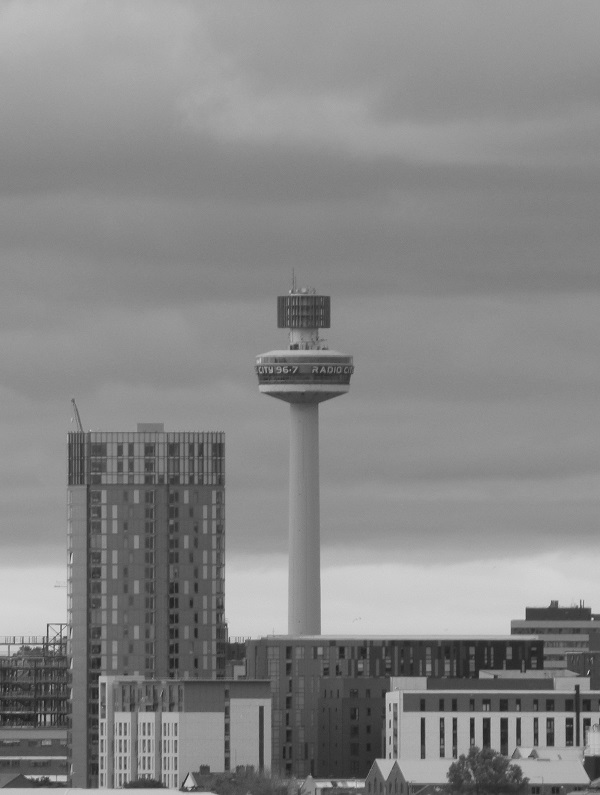 St John's Beacon has been an iconic sight in Liverpool's skyline since 1969. Now home to a radio station, it also contains a viewing gallery that offers panoramic views of the city and the surrounding area.

St John's Beacon was originally intended simply to be a ventilation shaft for the St John's Shopping Centre. However, it was designed as an impressive edifice including a 'crow's nest' that consisted of a viewing platform above a revolving section offering panoramic views of the city. Construction commenced in 1965 and it took four years to be completed. Until 2007, when the Beetham West Tower was erected, it was the tallest building in Liverpool (or it still is, if you count the radio antennae that now sit on its top). The revolving section was used as a restaurant from 1970. As the food was cooked on a different floor, the restaurant failed to meet health and safety requirements (such as fire regulations and food hygiene) later in the decade, and it closed in 1978. The revolving restaurant was able to open again in 1984, and took on a Buck Rogers in the 25th Century futuristic space theme inspired by the US 1979-81 television series that had finished its first broadcast in the UK in 1982. A lack of customers meant the restaurant closed after about 18 months and stopped revolving.

Although the viewing platform was opened occasionally, the rest of the structure lay empty until 1999. Liverpool's local independent radio station Radio City 96.7 paid for St John's Beacon to be refurbished1, converting the restaurant floor into broadcasting studios, and adding a second floor of office space. 'Radio City 96.7' was also added in large letters between the two floors, leading to St John's Beacon gaining the alternative name of 'The Radio City Tower'.

The Viewing Gallery in St John's Beacon is on the same level as the broadcasting studios. It is open every day except at Christmas and New Year. There is a charge to visit it, but concessions and discounts are available and you can stay as long as you like2. The entrance to St John's Beacon is just outside the St John's Shopping Centre - the Shopping Centre contains facilities for visitors such as toilets and restaurants as well as shops, a car park and bicycle racks. Liverpool Central and Liverpool Lime Street railway stations are a short walk away.

Once you have purchased your ticket, you will receive a brochure containing a plan of the view with notable buildings marked on it. A member of Radio City staff will then escort you to the lift3 - it takes just 30 seconds to ascend to a height of approximately 120 metres or 390 feet. On exiting the lift, the Viewing Gallery is straight ahead, just past the waiting room for the radio studios. Tinted windows allow you brief glimpses into the studios, and a video plays to tell you about the history of St John's Beacon. Placards on the windows describe the sights that are visible in each direction.

On a clear day you can see as far as Blackpool 50 miles to the north. Even on a duller day, there is still plenty to see, including views across the River Mersey to the Wirral. The highlight of a Viewing Gallery visit is the opportunity to enjoy bird's eye views of Liverpool landmarks. From the window at the entrance, you will see the Walker Art Gallery and World Museum Liverpool. Further around, you will see the green grass of Chavasse Park, and the red brick of the Albert Dock beyond it. The Anglican Cathedral and the Metropolitan Cathedral tower over the landscape around them. And of course you can see the Liver Building4 with the famous Liver Birds on its clock towers that are one of the symbols of the city of Liverpool.

1The revolving mechanism was locked for safety reasons, but was not removed.2This Researcher stayed for about an hour.3There is no public stair access to the top.4The first syllable is pronounced 'Live' to rhyme with 'Hive'.