The Nobel Prize for Literature: Taste and Aftertaste Content from the guide to life, the universe and everything 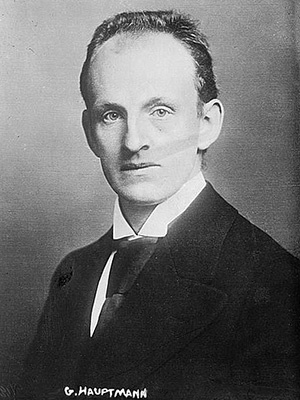 When the 2018 Nobel Prize for Literature failed to be awarded – at least, in 20181 – there were three main reactions from the public:

It is the last response to which this Guide Entry directs its efforts.

As everybody knows, Alfred Nobel was a Swedish explosives expert who founded the Nobel prizes, first awarded in 1901, to reward excellence and encourage human progress. According to the philanthropist's will, the literature prize was supposed to go 'to the person who shall have produced in the field of literature the most outstanding work in an ideal direction.' Who decides what is 'ideal'? The Prize Committee, we suppose. Which is why the following list may cause chuckles or disagreement among readers.

Between 1901 and 2017, the Nobel Prize for Literature has been awarded 110 times. Here are some highlights from this prize-giving history. Prize-award quotes are taken from the nobelprize.org website.

...in special recognition of his poetic composition, which gives evidence of lofty idealism, artistic perfection and a rare combination of the qualities of both heart and intellect.

Sully Prudhomme was a safe choice for 1901: elegant, formal, and French. He was already a member of the ultra-prestigious French Academy. A famous poem of his, judging by the number of times it still appears online, is 'Les berceaux/The Cradles'. The first stanza reads:

Read the rest here. (Look up translations on your own, lazy monoglots.)

...in consideration of the power of observation, originality of imagination, virility of ideas and remarkable talent for narration which characterize the creations of this world-famous author.

So far, the Nobel Prize Committee had picked writers and poets with elegant styles and formal expertise. In 1907, they took a leap into the world of Muscular Christianity, that movement for health of mind and body and general right-thinking. That this sort of thinking almost always came with an unhealthy dose of paternalistic white supremacy might go without saying, but we'll say it anyway – and so will Kipling.

Read the rest here, if you care to, and discuss among yourselves what you think of Kipling's attitudes and the Literature Committee's evolving taste in poetry.

...primarily in recognition of his fruitful, varied and outstanding production in the realm of dramatic art.

Hauptmann was from Lower Silesia, in Prussia. His unusual literary output included The Fool in Christ, Emanuel Quint, about a wandering preacher who mixed sun worship and Christianity. There is also his harrowing play Vor Sonnenaufgang/Before Sunrise, which describes a family in which everybody, old and young, is drunk pretty much all of the time. In fact, they drink so much that the next generation inherits alcoholism.

Ideas like the ones in Before Sunrise were popular with eugenicists, of which Hauptmann was one. His personal copy of Mein Kampf, heavily annotated, can be viewed in the Berlin State Library. Hauptmann applied for membership in the Nazi Party, but the Nobel laureate was turned down by the regional party office.

Look here for a contemporary appeal by Hauptmann's US publisher for a definitive statement against Nazism which never came.

There were to be other years in which no prize was awarded. As provided for in Nobel's instructions, the prize money was simply held over in the general fund if the Committee didn't believe any worthy candidates had emerged that year. This happened in the 1930s and early 1940s in particular.

...for his monumental work, Growth of the Soil.

Hamsun's Nobel-winning novel Growth of the Soil (Markens Grøde) is about the superiority of Norwegian farm life to modern frivolities. There's a lot of stream-of-consciousness, a new technique at the time. Hamsun inclined toward pantheism. He also supported the Nazis. This did not make him popular in Norway during the Second World War. After the war, Hamsun was found guilty of treason – and fined 325,000 Norwegian kroner. After all, he was elderly, and a beloved literary figure. He had also written this obituary for Adolf Hitler:

I am not worthy to speak loudly of Adolf Hitler, nor do his life and deeds call for sentimental arousal. He was a warrior, a warrior for mankind, and a preacher of the gospel of justice for all nations. He was a reformer of the highest order, and his historical fate was that he lived in a time of unequalled cruelty, which felled him in the end. Thus the ordinary Western European may look upon Adolf Hitler. And we, his close followers, bow our heads at his death.
- Aftenposten, 7 May, 1945

...for his always inspired poetry, which in a highly artistic form gives expression to the spirit of a whole nation.

Awarding the prize to William Butler Yeats, so soon after Ireland had gained independence, was a symbolic act of support for the country in general. Yeats was a highly regarded poet, and still is.

In addition to his political activism, Yeats was a force behind the revival of interest in Irish mythology. He was also interested in the occult, and shared membership in the Golden Dawn with the likes of Aleister Crowley. Which may partly account for verses like this:

The 1920s were a time of fairly uncontroversial awards. Most of the awardees are still highly regarded writers, at least in their own countries. The Nobel Committee did make a point of awarding Thomas Mann the prize only for his dynastic family novel Buddenbrooks, which they admired. (They didn't particularly like The Magic Mountain.)

...for the strict artistry with which he has carried on the classical Russian traditions in prose writing.

Bunin was the first Russian writer to be awarded the prize. He wasn't in Russia at the time: he was in exile. The Committee seems to have approved of Bunin's opposition to the communist regime. Bunin went to live in France, where he spent the Second World War starving in the mountains. The writer not only disliked the Bolsheviks: he referred to the Nazis as 'rabid monkeys'. He spent the war growing vegetables and helping his neighbours, and wrote nothing for publication.

From 1946 through 1950, the Literature Committee seems to have changed its tune: instead of rewarding elaborately formal poetry, fascist sentiments, and long dynastic novels, they gave the award to some really unusual writers, and broke new ground:

Cold War and Beyond

The 1950s: The coldest of Cold War decades saw prizes awarded with a definite anti-communist bent. Winston Churchill won in 1953, and Boris Pasternak in 1958 – although the authorities made him give it back. In the meantime, such perennial readers' favourites as Ernest Hemingway, Albert Camus and Halldór Laxness2 added luster to the growing list.

The 1960s: Oddly, less politics and more writing skill were in evidence during the turbulent Sixties. Saint-John Perse, a French diplomat, was the first Nobel Literature laureate to have his work praised as 'evocative'. John Steinbeck won in 1962 for his 'keen social perception', and Jean-Paul Sartre in 1964 for his 'quest for truth'. Holocaust poet Nelly Sachs shared the 1966 award with Hebrew fiction writer Shmuel Yosef Agnon. Absurdist playwright Samuel Beckett won in 1969.

The 1970s: Back to politics: Aleksandr Solzhenitsyn in 1970, for his 'ethical force', Pablo Neruda in 1971, for bringing alive 'a continent's destiny and dreams', Heinrich Böll for his 'renewal of German literature', and Isaac Bashevis Singer in 1978 for 'his impassioned narrative art'.

1980-2010: Over the next three decades, the Nobel Prize for Literature became more and more about the writing: its quality, its scope, and its inclusive subject matter, with emphasis on what is usually called the human condition. Here are a few highlights of Nobel award reasoning:

Literature has to chronicle, if not its own time, at least the way people in its own time are thinking about things. The Nobel committees of 1901 believed in peace, love, and understanding. At least, they thought they did. The literature they liked was high-minded – or thought it was. People from the future are likely to judge them differently, particularly because people from the future are able to look back and see exactly how many of those authors got into hot water when their ideas turned out to be... not such good ideas after all.

By the end of the Second World War, literature enthusiasts seemed to have understood that if novelists and poets were going to be looked to as pathfinders, readers needed to be more selective about those pathfinders, and not follow them blindly into the ideological thickets. The Nobel literature prize has tended more and more to go to an eclectic mix of writers who are considered powerful influences in their own languages, with an emphasis on finding universal truths about humanity, if such things exist.

Which leads the investigator into Nobel history to raise one unavoidable question: what universal truth about the human condition is expressed in this lyric?

Image courtesy of the Library of Congress.

1The Committee announced that it would name two prizewinners in 2019.2Who can forget Laxness' vivid description of an Icelandic shark recipe? It should be pointed out that Laxness also received an award from the World Peace Council, a Soviet-sponsored organisation.