Babylon in Bellshill Content from the guide to life, the universe and everything 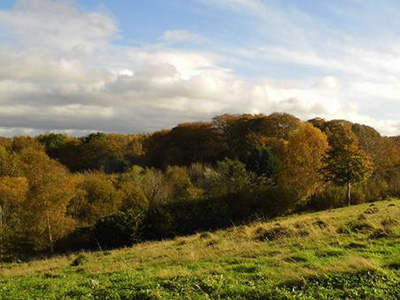 The town of Bellshill in North Lanarkshire, Scotland, is now best known for being the birthplace of Sheena Easton, but prior to that it had a claim to fame that was almost as exciting: an important episode in the story of Utopian Socialism.

The story begins in Edinburgh in 1785 when Abram Combe was born to a wealthy brewing family. As a practical, rather than academic, boy he chose to become an apprentice in a tannery and, after working in London and Glasgow, he returned to Edinburgh in 1807 to start his own tannery which soon became a very successful business. In 1820 he visited New Lanark, met Robert Owen and immediately fell under his influence becoming a co-founder, with Archibald James Hamilton, of the Edinburgh Practical Society, which promoted the principles of education and co-operative distribution that Owen had started formulating. At this time Owen was working out the possibility of creating a community entirely based on his social philosophy and had already bought some land from Hamilton, who had fought at the Battle of Waterloo and was a member of the Quite Interesting Hamilton family.

Wherein the Authore Discourses brieflie upon certaine divers Aspects of the Hamilton Familie:

The earliest family member on record was Sir Walter Fitz Gilbert de Hameldone who, in 1314, was Captain of Bothwell Castle supporting the invading English army until he noticed that Robert the Bruce was winning the Battle of Bannockburn and handed the castle to the Scots. For this brave act of loyalty Bruce rewarded him with extensive estates in Lanarkshire and other areas of Scotland. The family continued to thrive when in 1474 the first Lord Hamilton married Mary Stewart1, Countess of Arran and daughter of King James II and their son was made Earl of Arran in 1503 after negotiating the marriage of King James IV to Margaret Tudor. The second Earl of Arran, on the death of King James V in 1542, was appointed Regent of Scotland and declared heir-presumptive to the throne, additionally he was given the French title of Duke of Chatelherault (Duc de Châtellerault) and began building the family home, Hamilton Palace.

The family suffered a slight setback because of their support for Queen Mary when their lands were forfeited and the Earl was forced into exile in France until 1599 when he returned and was made Marquis of Hamilton. His nephew inherited his titles, became a Peer of England as Earl of Cambridge and Lord Innerdale and begat the unfortunate third Marquis who supported King Charles I and joined him in losing his head in 1649 but not before the King had rewarded him with a proper Dukedom (not a French one). His equally unfortunate brother William succeeded to the title and led part of the Scots army in support of the Monarchy at the Battle of Worcester, the last battle of the Civil War in 1651, where he was mortally wounded.

Other interesting Hamiltons include William, a grandson of the 3rd Duke, whose mother was a mistress of the Prince of Wales and who was a childhood friend of the future King George III. He was appointed as Envoy Extraordinary to the Kingdom of the Two Sicilies in 1764, met Mozart in 1770, climbed Vesuvius 22 times and married Emma who then developed a bit of a thing for Admiral Nelson. James, the 4th Duke, invested heavily in the Darien Scheme that bankrupted Scotland and led to the union with England and died as a result of the duel he fought with Lord Mohun in Hyde Park in 1712. Air Commodore Douglas Douglas-Hamilton, the 14th Duke, became the first person to fly over Mount Everest, a feat celebrated in the documentary Wings Over Mt Everest (Gaumont British/Skibo Productions) which won the Short Subject (Novelty) Oscar in 1936.

Now Back to the Story 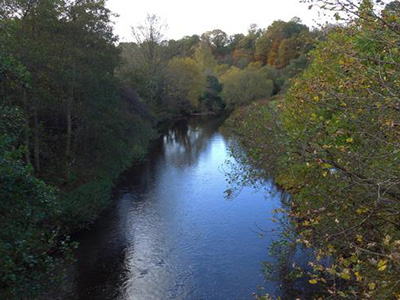 Owen gave up the idea of creating his community in Scotland and went to Indiana instead, where he founded New Harmony. Combe and Hamilton decided to go ahead with the scheme without Owen and by October 1825 building work had begun and the first residents had started moving in. By the following summer about 250 people were living there and working in an iron foundry, print works, dairy, grain mill and various agricultural and building trades on 290 acres of land in the Hamilton's Orbiston estate between Bellshill and Motherwell. For some unfathomable reason Combe decided to name the community The First Society of Adherents to Divine Revelation (he'd given up alcohol shortly after meeting Owen, so we can't blame the demon drink) but it rapidly became known locally as 'Babylon' when stories of wild and licentious behaviour began to circulate. Whether these stories were true or not is debatable but it seems unlikely that so few people managing to erect the massive buildings and clearing enough ground to become agriculturally self-sufficient in less than a year would have had the time or energy to even think about being licentious.

The effort involved certainly affected Combe's health as, by the summer of 1826 he was suffering severe lung problems and at the end of that year had to leave the community and return to Edinburgh. Although he kept in touch through letters, he took no further part in the day-to-day running of the community and disagreements between various factions, mainly about how individuals were to be rewarded for different types of labour, became a serious impediment to its stability. At the beginning of 1827 the old payment system was replaced by communal ownership and equal distribution of wealth, a change of which Combe thoroughly disapproved, but by then he was too ill to have any influence. Just before he died in August of that year, he wrote of the earliest members of the community that:

A worse selection of individuals, men, women and children, could scarcely have been made – a population made up for the most part of the worst part of Society. The adults were steeped in poverty; lazy, dirty and thriftless: the smell of tobacco in almost every house, and a dunghill beginning to rise under almost every window. The children and youths were no better; they were quarrelsome, unmannerly.

And yet if it had been sufficiently well funded it might well have succeeded.

His epitaph in St Cuthbert's Churchyard in Edinburgh reads:

Abram Combe, who died 11 August 1827, while engaged in an attempt to ameliorate the condition of the labouring classes by a co-operative establishment at Orbiston in Lanarkshire. When dying he desired that if any epitaph should be written on him it might simply be that his conduct in life met with the approbation of his own mind at the hour of his death, aged 42.

The community was wound up at the end of 1828 and the land eventually sold to a Mrs Douglas to help clear some of the debts. She ordered that all traces of the community be removed and consequently the only sign of it now is a rather neglected plaque in a forgotten corner of Strathclyde Country Park; actually, the most substantial remains in the Park are those of a Roman military outpost.

As for the Hamiltons, their Palace eventually grew to become the grandest private house in Europe but their greed during the early years of the Industrial Revolution led to its undermining to such an extent that it had to be demolished in the 20th century. On the other hand, their hunting lodge near the remains of Cadzow Castle on a hill overlooking the site of the Palace (now, of course, the Palace Grounds Retail Park) has been restored by the local council and is a well-used leisure facility. It is named after the French Dukedom, Chatelherault which is pronounced in the local dialect, with only the merest hint of political satire, Shatly Row. 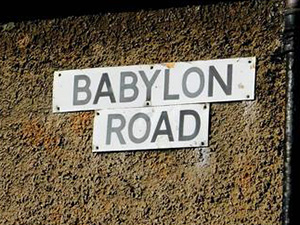 1Not to be confused with Mary Stuart, daughter of King James V.