The Duality of Human Nature According to 'Dr Jekyll and Mr Hyde' Content from the guide to life, the universe and everything 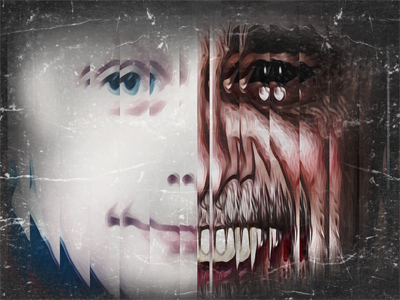 The duality of human nature has long been a favourite topic in literature, tracked through the ages from as early as the first religious writings of various cultures. Most often, this duality has been portrayed through the conflicts between two different characters, for example David and Goliath, or Spider-Man and the Green Goblin. These conflicts are usually understood to be an external struggle with two opposing forces, one completely good and the other completely evil. Robert Louis Stevenson's 1886 novella, The Strange Case of Dr Jekyll and Mr Hyde, is worthy of its recognition as an original classic not just because of its themes but because of the manner in which themes are portrayed. The themes include practical concerns about the power of chemistry, and mind-altering drugs, but the novella can also be read metaphorically. Most of the characters in the novella view Dr Jekyll as the embodiment of good and Mr Hyde as the embodiment of evil, but they fail to realise these two opposites are actually one person. By combining good and evil in this person, Stevenson reveals that the duality of human nature runs deeper than 'good versus evil' and includes 'rational versus irrational' and 'reputation versus inner self'.

The idea for the story came to Stevenson in a dream while he was ill in bed and it fed on his fears of sin within himself that could lead to punishment in the afterlife. This theme of the novella also linked in with other Victorian Gothic novels published at the end of the 19th Century. Oscar Wilde's The Picture of Dorian Gray from 1891 is an example in which the evil nature behind a man's good appearance is depicted in a portrait; HG Wells' The Island of Doctor Moreau from 1896 compares irrational animal instincts with the façade of rational human decisions; and Bram Stoker's Dracula from 1897 pits Professor Van Helsing against the blood-hungry human Renfield and the vampire Count.

The simplest interpretation of the novella is to imagine Dr Henry Jekyll as a good Victorian scientist intrigued by chemistry. Through his experiments, inspired by some noble cause, he was gradually transformed from a saintly character into the dreadful Mr Edward Hyde. In the beginning he had control over the process, but as time passed, the evil personality of Mr Hyde, a wanted murderer, took over and made it more difficult for the process to be reversed. In the end there was no good - no Dr Jekyll - and all that was left was Mr Hyde, the incarnation of pure evil.

This interpretation is as horrifying as it is simplistic. It is horrifying because most stories describe the ideal of a good beyond the reach of evil - in this case Dr Jekyll would be viewed as the incorruptible good - and this interpretation would indicate that such a good does not exist in the end. It is simplistic because in order for Dr Jekyll to transform into Mr Hyde, some evil must have existed in Dr Jekyll from the beginning, so he was no saint. Dr Jekyll himself supported this idea in his final confession, where he called himself an 'incongruous compound' of good and evil. He admitted he had always been inspired by the idea of dual personalities and his experiments were meant to channel the good and the evil within himself into two different identities, each equipped with a body and personality of its own.

Dr Jekyll thus created Mr Hyde, who was smaller and younger than him. These differences reinforce the idea of Mr Hyde as being part of Dr Jekyll, because a part must always be smaller than the whole. A residue of good in Dr Jekyll remained - he was horrified by Hyde's actions but was unable to control them. It is explained that the experiment failed because Dr Jekyll's 'virtue slumbered' and did not claim its own body or identity.

Dr Jekyll was responsible for his actions because, as good and evil both existed inside of him, he had the ability to choose to perform good or evil deeds. As he himself later admitted, if he had 'approached [his] discovery in a more noble spirit', willing the good to overpower the evil, he would have 'come forth an angel instead of a fiend'. With the help of the drug he could have projected a concentrate of pure good. Because Hyde was, inversely, 'a precipitate of pure evil', he was unaware that good even existed, and therefore could not choose good (as Vladimir Nabokov explained in his introduction to the 1978 Signet Classic edition of the book). Capable only of choosing evil, he could not be held responsible for his actions just as a person judged 'insane' would not be held responsible today.

Mr Hyde can be seen as animal-like, and not limited by human social and moral codes. In this way he embodies what Sigmund Freud would later call the id, a primal source of instincts independent from all rational thought distinct from the more sophisticated personality components of ego and superego. Dr Jekyll, as the ego, was constantly torn between the primal urges of his id and what was right and moral as judged by his superego. When Dr Jekyll conducted his experiments he ignored his superego and catered only to his id, allowing himself to become the irrational person Hyde who had no conscience.

While examining the character of Dr Jekyll as a responsible, rational gentleman, one is more able to question whether he was really the good, noble physician he was generally perceived to be. His attorney, Mr Utterson, came ironically close to the truth when he speculated privately about Jekyll's relationship with Mr Hyde, '[Jekyll] was wild when he was young; a long time ago to be sure; but' the existence of Hyde 'must be [...] the ghost of some old sin, the cancer of some concealed disgrace'.

In reality, unknown to most of the characters, Jekyll had lived a double life, appearing to be a respectable gentleman in public but indulging in vices in private so he was the epitome of the divided self. Robert Louis Stevenson presents the truth of Jekyll's double life as a means of commenting on the strict moral codes of Victorian society, which meant that many men were forced into hypocrisy. Dr Jekyll took this to another level with his experiments by attempting to literally be two different people. He hypothesised that the good personality could perform good works and find genuine enjoyment in them, unhindered by vices and primitive urges, like a superego independent from the id. Likewise Hyde, the evil person, could go his way, free from 'the aspirations and remorse of his more upright twin', as an id forever satisfied with no sense of morality to hinder it. The fatal flaw in this theory is the unfortunate ego - it still must sit between id and superego, neither of which can survive without it.

In Dr Jekyll and Mr Hyde's case the ego chose to side with the id, discarding morals and turning toward a life of spontaneity. Jekyll took much pleasure in his new creation: 'when I looked upon that ugly idol in the glass, I was conscious of no repugnance, rather of a leap of welcome. This, too, was myself'. It 'bore a livelier image of the spirit' than the face Jekyll was accustomed to calling his own. He viewed Hyde as a means of fulfilling his most wicked desires, of escaping completely from the bonds of Victorian society, but with his reputation still safe and secure. Mr Hyde was a haven where Jekyll believed he could hide his inner self, but in the end it was Hyde who revealed him to be more of a villain than a respectable man.

Reputation Versus Inner Self

Dr Jekyll had struggled endlessly throughout his life to create and maintain a good reputation. Although he lived a double life, he managed to conform to the morals of Victorian society, so even if he did not always obey the Victorian moral code, he at least felt guilty when he breached it. Because Hyde had no morals, when Jekyll permitted himself to become Hyde he began to reverse the process he had struggled so long to set in motion. As time went on he noticed that 'only by a great effort as of gymnastics [...] was [he] able to wear the countenance of Jekyll. At all hours of the day or night, [...] if [he] slept, or even dozed for a moment in [his] chair, it was always as Hyde that [he] awakened'.

Once an individual gives in to temptation, it becomes even harder for that person to resist the same temptation a second time. Before long the sense of guilt is lost and the temptation no longer seems like temptation but like genuine desire. Dr Jekyll allowed this to happen because once he had had a taste of the freedom of amoral youth he was no longer satisfied with the life of self-sacrifice he had pursued as a kind, middle-aged, upstanding physician.

The world in the novella was never oblivious to the existence of Mr Hyde - Stevenson begins his tale with an account of Hyde's disregard for morals as described by an outsider, Mr Enfield - and the more people saw his evil deeds the more they despised him. Because Mr Hyde was the embodiment of Dr Jekyll's inner self, the reality of who Dr Jekyll really was began to weigh more heavily in the public mind than the illusion of who he tried to be. Whenever Jekyll let down his guard, he found himself revealed again as Mr Hyde, and then it was more difficult for him to revive his reputation as the good Dr Jekyll. The culmination of this catastrophe occurred when a sudden transformation into Hyde forced Jekyll to seek the help of his more conventional colleague, Dr Lanyon, who was so shocked by the revelation of Jekyll's double life that he fell ill and died.

The tragic flaw in Dr Jekyll was not the fact that as a composite being he possessed both good and evil, rationality and irrationality, and a reputation in contrast with his inner self. Rather, the true tragedy of Stevenson's unfortunate protagonist was his attempt to separate these qualities which necessarily must coexist within one person. Realistically one cannot be wholly good or wholly evil, for humans are gifted with a conscience, but are subject to temptation. A person who acts irrationally can be a threat to their own self and to society, as is portrayed so vividly through the antics of Mr Hyde. However, to deny one's instincts is to place oneself in grave intellectual, emotional, and often physical, danger. It is impossible for someone with a sense of self to exist in a society without a reputation being developed based on others' perceptions. The challenge is to recognise this and become someone who feels, and is perceived to be, good enough, while also noting that the ways of achieving this state change over time1.

1Some activities that were acceptable in the 19th Century, for example, are not now, and vice versa.