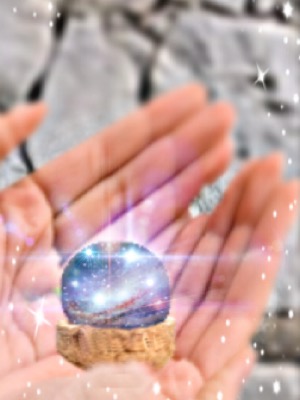 Here by the tower of Julian I tell them what I know...
– Sydney Carter, 'The Bells of Norwich'.

In the 1390s, a woman we know only as Julian of Norwich wrote a book, called Revelations of Divine Love. This made Julian, a contemporary of Chaucer's, the first officially identified female author in English history. In her book, Julian explains 16 'shewings', or revelations, that she had during a near-death experience that took place in 1373. Obviously, she'd spent the intervening 20 years thinking hard about what she saw.

Julian had a lot of free time and privacy to do her thinking in, because she was an anchorite. An anchorite lived alone, in a smallish room attached to a church – in Julian's case, the church of St Julian. The cell had no door, but it did have three windows. One was translucent, and it let in light from outside. One was to pass food and supplies in, and the chamber pot out. The third window was a hagioscope. A hagioscope was a window cut at an oblique angle so that the anchorite could see the elevation of the host (raising of the consecrated bread during the mass). The other name for a hagioscope was the far less poetic 'squint'.

For the rest of her life after becoming an anchorite, Julian had only these three windows onto the world she lived in. It's obvious that she read, and that she communicated with people – she is said to have been a valued spiritual advisor. But ever since they walled her up in the church, while the priest intoned the service for the dead, Julian was considered to be among the deceased, a kind of living saint. This lifestyle gave new meaning to Jesus' statement that 'They are not of the world, even as I am not of the world.' (John 17:16) You would think this was an unpopular choice of lifestyle – and it was, except in England. Modern researchers have identified at least 780 different anchorites in medieval England, who lived in anchorholds (that's what they called the cells) in all but four counties. There was a whole lot of thinking and praying going on.

Julian's vision book is remarkable in many ways: because a woman wrote it, because it's in plain old Middle English and not Latin, because it uses this plain, everyday language to lay out mind-blowingly complicated metaphysical concepts about life, the universe, and everything1, and most of all, because it contains such a cheerful message.

Life, the Universe, and Everything

In her book, Julian says she asked for this experience. This sort of statement is hard to believe for anyone not familiar with shamanic traditions. But cultures around the world, from the Arctic Circle to the deserts of Australia and the North American Southwest, attest to the life-changing power of the induced trance. In Julian's case, she just asked to be so near death as to have received the last rites. This wasn't hard in an era where plagues and infectious diseases were pretty common. When she was 'thirty yers old and halfe', on 8 May, 1373, Julian had the 16 separate visions that she wrote down in her book. Julian said the news was good: God loved everybody, and no matter how bad things looked, it was going to work out all right.

One of the visions made her laugh out loud, because Jesus had outwitted the Devil. But perhaps Julian's most astonishing vision could be termed a visual representation of the Ultimate Answer:

He shewed a littil thing the quantitye of an hesil nutt in the palme of my hand, and it was as round as a balle. I lokid there upon with eye of my understondyng and thowte, What may this be? And it was generally answered thus: It is all that is made. I mervellid how it might lesten, for methowte it might suddenly have fallen to nowte for littil. And I was answered in my understondyng, It lesteth and ever shall, for God loveth it; and so all thing hath the being be the love of God.
– Julian of Norwich, Chapter 5.

Reality itself, as 'round as a balle', in the palm of the hand. A bit like Tennyson's flower:

...if I could understand
What you are, root and all, and all in all,
I should know what God and man is.
– Alfred, Lord Tennyson, 'Flower in the Crannied Wall'.

What Julian took away from her vision was the idea of the connectedness of all things: '...that I be so festined to Him, that there is right nowte that is made betwix my God and me.' This is also a basic concept of Zen Buddhism. Small wonder, therefore, that some critics of TS Eliot's Four Quartets have faulted this Christian poem for its congruence with Buddhist and Hindu philosophy – after all, Eliot was quoting Julian of Norwich when he wrote that 'all shall be well and All manner of thing shall be well.'

The curious thing about the statement that 'al manner of thyng shal be wele' is the context in which Julian says it. Her real question was about sin, which she defines as 'generally al that is not good', which is a pretty good definition. If sin – all the bad things people do – made the world so full of 'peyn' and suffering, why didn't God just get rid of it? After all, the universe was His design. To which Jesus replied in Julian's vision:

What? 'Synne is behovabil'? What in the world does that mean? 'Behovable' is not a word we use nowadays, but it means 'profitable', 'useful', or 'necessary'. This is really confusing. Sin messes up the world, but sin is useful? And 'al shal be wel'? No wonder mystics give readers brain-freeze.

In modern terms: users of online role playing games are forever petitioning the game authorities that this or that quest or game segment is not working. Fix the glitch, they complain. Quite often, the gamemasters return with the standard reply, 'The game is working as intended.' In other words, the players haven't figured it out yet, but it's supposed to be that way.

This is not a very satisfactory answer, either in RPG land or in philosophy. But in a way, it is an answer. To wit: it will all make sense someday, but we haven't got there yet. As Robert Browning wrote, 'Ah, but a man's reach should exceed his grasp, Or what's a Heaven for?' Whatever we make of this particular take on the Ultimate Answer (and the Ultimate Questions), Julian's book remains a monument to the long history of English people who have pondered the conundrums of life, the universe, and everything. Whether they did it in Innsbruck or walled up in a church building.

Have your herbal tea ready, and maybe an ice bag. But you can read the whole of Julian's book in its original Middle English at the University of Rochester's site.

Don't feel like wrestling with Chaucer's tongue? We don't blame you. Try a translation at the Christian Classics Ethereal Library site.

Want to take a virtual tour of Julian's church? Be our guest. If you're going to be in Norwich, stop by and visit.