UFOs in Lincolnshire, England Content from the guide to life, the universe and everything 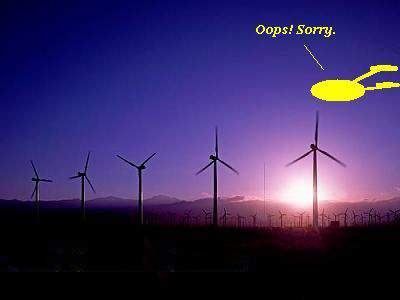 Just about everyone has heard of the incident in Roswell, New Mexico which happened between 4-6 July, 1947. In case you need a reminder, a weather balloon crash-landed in a field. The US military issued a press release stating that they had recovered debris from an unidentified source, but this was later withdrawn and from then on the official line has been that it was a weather balloon which came to grief. Taking this back-tracking as a government cover-up, conspiracy theorists and others who believe in extra-terrestrial visitations allude to the Roswell crash as being that of a UFO (Unidentified Flying Object) and its occupants1. The name Roswell is now synonymous with the UFO story; the place holds a festival every year which attracts visitors and tourists (terrestrial, as far as we know) in great numbers, as well as the permanent UFO Museum. Since the Roswell incident, sightings and extra-terrestrial happenings have been reported around the globe. One veritable UFO hotspot with plenty of witnesses is Lincolnshire in England.

The Grimsby area is so rife with reports of UFOs, strange happenings and even close encounters – usually by single witnesses without proof – that the local newspaper Grimsby Telegraph launched an interactive map on their website in 2012. Locals are invited to log their sightings and view archive video footage of alleged UFOs from around the world. While there are some who welcome the chance to communicate with like-minded individuals, others are more sceptical about the newspaper's motive. Preparing for a slow news day, anyone?

Grimsby has a resident parapsychologist and national expert on the unexplained, author Robin Furman, who is ambivalent about UFOs:

There is no doubt that there are unexplained objects in the sky, but whether or not they are actually aliens from another planet, no one knows. Even when you take away all those that can be explained, there are a number of inexplicable and unexplained cases. They have been reported since Biblical times so they cannot be dismissed. Some sightings, however, can be explained quite easily. For example, ball lightning – also called St Elmo's Fire – can seem like something from another world but is a natural phenomenon. In most cases you find that UFO footage is either too good that you can see it must be fake – or so bad that you can't make out anything. The thing with UFOs is there is enough to keep the believers believing, and not enough to convince the non-believers.

A couple were travelling towards their home in Witham St Hughes during early evening when they witnessed a very bright, brilliant white light travelling at incredible speed. The man, identified only as 'H', said he had previously worked for the RAF for over a decade, so he knew the light was not an ordinary aircraft.

This UFO was caught on camera near Conisholme wind farm by Brian Lee, 55, of Saltfleet, who claims to have no interest in UFOs2. He only stopped his car to take a picture of the glorious sunset and didn't even notice the bright, doughnut-shaped object superimposed upon the darkening clouds. He kept quiet about what was on his mobile phone photo until a few weeks later when a damaged turbine from the Conisholme wind farm made headlines around the world. It was a mystery why one 20m blade had been sheared off the giant structure and another blade had suffered catastrophic damage. There was even a credible witness at the time the damage occurred: County Councillor Robert Palmer said:

Even the site owners, Ecotricity, couldn't fathom what had happened and said while investigations continued they were not ruling anything out. Local media discussed the possibility that a UFO was responsible for the damage and that's when Brian Lee came forward with his photo. Nick Pope, who used to run the British Government's UFO Project, said in an interview with The Guardian newspaper:

It's unlikely a wind turbine in Lincolnshire was hit by a spaceship, but we'll always be fascinated by UFOs.

The blade damage at the wind farm has since been put down to 'metal fatigue' (the wind farm was only nine months old), but that doesn't explain Councillor Palmer's experience or Brian Lee's photographic evidence of something unusual around the same time.

Eric Goring of Brinkhill village near Louth has seen so many UFOs that he fears he may be abducted one day. He says they are 50ft across, triangular in shape and are lined with lights. They make no noise and sometimes shine a large searchlight from the bottom. Describing a close encounter, Eric said:

I saw one come from the direction of the fields and over a tree. I almost walked right under it as it was just hovering in the air about 200ft above me. It wasn't shining its searchlight down but I didn't want to go too near it as I was worried about radiation. And I am worried they might beam me up.

A video recording of an interview between a Louth Leader reporter and Eric Goring can be found on YouTube.

An unnamed Spalding resident reported a UFO encounter to the police. She was then visited by three tall men wearing black clothing3, after which she had no memory of either the UFO or the men in black. One wonders how this story could have been recorded but there is an explanation – the witness had told a friend about the UFO. This friend then called at the witness' house, but she already had mysterious visitors who had arrived in a black Jaguar car. The friend hid out of sight until the men in black, who 'moved silently', left in their car.

A pilot from RAF Coningsby, Lincoln, at the controls of a Lancaster bomber during a Battle of Britain Memorial Flight in June 2002, was unaware that his aircraft was being stalked by a black, triangular UFO. On the ground and enjoying the flypast was a man who prefers to remain anonymous. He said:

I took several snaps with my digital camera and, after downloading them on my computer, noticed one image contained an unidentified object and looking triangular in shape. Nothing was noticed with the naked eye at the time.

He submitted the photo to his local newspaper but the UFO was explained away as 'a commercial helicopter from an off-shore oil or gas installation' by an MoD officer.

Police patrols in Skegness reported a silent, red and green rotating but stationary light high in the sky to the south-east, directly over The Wash, to the coastguard, who relayed the report to the RAF. As other forces were alerted, Boston police logged seeing the same object. An unidentified 'blip' appeared on the air traffic control radar at Claxby, near Market Rasen, just after the first sighting. As it wasn't emitting a transponder signal, chances were it wasn't an aircraft. The four-man crew of the Conocast on the North Sea reported seeing unexplained lights from 2am until dawn.

The RAF ordered a full investigation which concluded: 'Research has not revealed evidence that alarming or extraordinary events were being witnessed'. The explanation that the radar 'blip' was a permanent echo created by the 83m-tall spire of St Botolph's Church, Boston, known locally as The Boston Stump, and the rotating but stationary colourful light was the bright star Sirius, which was low on the horizon to the south-east that night, was not accepted by all.

Captain William Schaffner4, a 28-year-old USAF pilot, was stationed at RAF Binbrook near Louth, as part of an exchange scheme. He was piloting a Lightning jet fighter and was on a secret operation to intercept UFOs over the North Sea, according to some. UFO websites claimed that Captain Schaffner was abducted from his cockpit by an alien spacecraft, no doubt egged on by the release of a transcript of the final conversation between Captain Schaffner and radar control. In the account he described an object shaped like a soccer ball, bathed in a blue light. The RAF refuted the entire transcript and an investigation ruled that its publication had been a hoax by person or persons unidentified. Nick Pope said:

Military pilots do see UFOs, but they are afraid to come forward and make official reports for fear of ridicule.

The RAF accident report, which wasn't released until 2009, stated: The crash occurred when Captain Schaffner accidentally flew into the sea while on an exercise to practise shadowing low-flying targets at night. Captain Schaffner tried to eject, but his escape system failed to work. There is no indication of any unidentified aircraft having been encountered, and no reason to suggest that there was any UFO incident.

The wreckage was located on the seabed a month after the jet fighter crashed into the North Sea, but there was no sign of the pilot. His body has never been recovered. The UFO mystery surrounding Captain Schaffner's death came as quite a shock to his family, almost 40 years on. All his wife and two small sons had been told was that it was a tragic accident.

Grantham is perhaps best known as the birthplace of Margaret Roberts, later Thatcher, the first female British Prime Minister. A lesser-known claim to fame, an alien abduction event, occurred there in November 1965, according to Anthony R Mallin, who later documented the story in his book Asylum. Touted as 'the definitive UFO and alien abduction experience' with 'based on a true story' emblazoned on the front cover, nonetheless the account is described as 'rubbish' by Barkston resident Mick Cresswell, who lived in Grantham at the time of the supposed abduction. As he appears in the book under the pseudonym 'Colin Watson' and also happens to be author Mallin's ex-best friend, Cresswell is well qualified to voice his opinion.

On 22 September, 1956, a large, round object measuring some 80ft in diameter and having a glass-like appearance was spotted off the Cleethorpes coast. Apparently it hovered at around 54,000ft for over an hour. Eye-witnesses were backed up by the fact that the UFO registered on the radar at RAF Manby, and aircraft were scrambled to investigate. As they closed in on the UFO, it took off and disappeared. Just the previous month, the 'Lakenheath/Bentwaters case' had occurred in neighbouring East Anglia, which even the US Air Force admitted 'the probability that at least one genuine UFO was involved appears to be fairly high' – but that's another story.

There's no doubt that the good people of Lincolnshire think they saw something unusual and not all of the sightings can be easily dismissed as stealth aircraft, Chinese lanterns, natural phenomena or simple astronomy. Perhaps there are some tales which are missing time explanations to irate partners, or the product of an over-active imagination by worried Trekkers. Maybe even a few incidents can be put down to attention-seekers chasing their own 15 minutes of fame. But for all our collective human knowledge there are still a lot of things we don't know, and can't explain. The Universe will never give up all its secrets. Most of us love a good mystery though, and why should cold, hard facts get in the way? To use Nick Pope's own words:

We'll always be fascinated by UFOs.

1The Roswell UFO legend also spawned the idea for the 'Little Green Men' episode of Star Trek: Deep Space Nine.2Isn't that always the way?3J, K and L?4No, not the actor who played James T Kirk in Star Trek, that was William Shatner.