Translating Proper Names in Harry Potter Content from the guide to life, the universe and everything 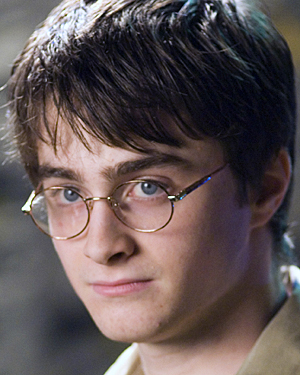 The world is full of translators with the task of translating popular books into their own languages so that readers across the globe can enjoy them. In order to make foreign texts accessible in their own language, translators often have to find inventive ways of changing the names of characters, places, puns, and perhaps even the story slightly, so that the text is easier to relate to in the target culture. This can sometimes prove to be a very troublesome task.

JK Rowling's  Harry Potter series is a good example of the difficulties that arise in the translation process. Having received huge critical acclaim throughout the world and having been translated into over 60 languages, the fact that complications should arise among the translations of the seven books of the series and their film adaptations is hardly surprising. Rowling's fantasy world is made ever more fantastic by her own linguistic creativity. However, her knack for puns and the interplay of acronyms and hidden meanings can make the translator's job extremely difficult.

When a translator confronts a text, be it a literary text, a film script or a play, there are challenges that he or she will face during the translation process. Translators generally aim to be as faithful to the source text as possible by retaining as many of the author's intentions as they can. These may include rhymes, metaphors, puns and acronyms that can be essential to the narrative plot of the work in question. The translator also needs to consider to what extent they will translate the cultural as well as the linguistic elements of the work.

The names of the characters in the series have been translated more than any other aspect of the works. This is largely due to the difficulties that some cultures encounter in pronouncing the original names and therefore, they attempt to make them more accessible to the reader or viewer, who in this case may range from a child to a mature adult. Hermione Granger, for example, is translated from the English into Hermelien Griffel in the Dutch translation and Hermine Granger in the German, while Ron Weasley becomes Ron Wemel in Dutch and Ronny Wiltersen in the Norwegian version. Wiltersen would no doubt be much easier for the Norwegian reader to grasp than Weasley, and would probably make the character easier to relate to. However, in changing the names of the characters in works like Harry Potter, that are often relished by foreign audiences for their Britishness and which are a crucial part of their essence, one can't help wondering whether the spirit of Harry Potter's world is being lost in translation.

Others, however, translate the names literally. For example, in the French translation, Oliver Wood becomes Olivier Dubois, which seems to defy the author's intention and suggests that the character is of French heritage, which he obviously isn't. By changing Wood to Dubois the translator is to some extent replacing the British background of the character with a French culture. It is possible that the target audience in France prefer this method, and find that it makes the books and films more accessible. However, if translators translate the names of characters literally, thereby losing the essence of the original culture, then should they perhaps go even further and change the setting of the translation to that of the target culture, ie France?

Rowling's wordplay on the terms Knockturn Alley and Diagon Alley have inspired many interesting translations. The name Knockturn Alley plays on the word 'nocturnally', suggesting a dark and mysterious nocturnal passageway and is made up of the words 'knock', which refers to knocking the brick at the back of the Leaky Cauldron, and 'turn', which evokes a sense of zigzagging through twists and turns. It is translated into Portuguese as 'Rua Bativolta', with 'rua' meaning street, 'bate' to knock, and 'volta' to turn. Although the literal translation has kept the straightforward sense of the term, the hidden meaning behind the wordplay is lost.

The Japanese have produced even more interesting translations of these terms. Knockturn Alley is translated into Japanese as 'Yoru no yami (Nokutān) Yokochō', meaning 'Darkness of the Night Alley' with the word 'Nokutān' inserted to show that this is a more accurate reading of the term. The main translation of 'Yoru no yami Yokochō' connotes a place of darkness and doesn't refer at all to the words 'knock' or 'turn' in any way. The use of 'Nokutān' promotes a more authentic pronunciation of the original and is written in katakana1, denoting its English origin. However, for Japanese aware of this English loan word, the meaning they are likely to infer is of a piece of music that represents the evening or nighttime. Therefore, the emphasis again falls on the essence of the night, and the relevant play on words is not transferred to the Japanese audience. In translating the term 'Diagon Alley', which clearly relates to the word 'diagonally', the Japanese translation as 'Daiagon Yokochō' completely loses this connotation. The word 'Yokochō' means alley and 'Daiagon' is a made-up loan word that promotes an accurate pronunciation of the original English, but has no meaning in Japanese whatsoever. Unless the reader has an excellent command of English and could deduce the intended meaning from the similar pronunciation of the words, the Japanese translation of Diagon Alley would in fact be meaningless.

Where translators have successfully retained the essence of the source text, while simultaneously improving the target audience's experience of the work, it can be said that the translation of proper names is an advantage. However, the translator might feel it unnecessary to translate complicated puns or metaphors if they are not crucial to the story. Yet when names lose their original meaning for the target audience and elements of the plot are lost, the translation of proper names can be regarded as more of a hindrance than an advantage.