The Life and Times of the Avon Lady Content from the guide to life, the universe and everything 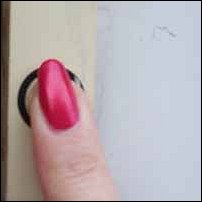 'Avon Calling' was launched as a door-to-door company selling perfume in 1886. New Yorker David McConnell (1858 - 1937) had been trying to earn a living selling books since the age of 16. It wasn't working out very well, so he had a better idea: he would offer a vial of perfume as a free gift to the lady of the house, in return for being allowed the opportunity to display his books.

With the aid of a local pharmacist, McConnell blended his own rose-oil scent. Although his perfume was very popular, his books still didn't sell. He abandoned the literary career, formed the California Perfume Company and set about selling the scent.

The homesteaders living in horse-and-buggy days didn't have very good access to shops, so opportunistic door-to-door sellers were popular callers. McConnell engaged a minister's daughter, now a widow, from Winchester, New Hampshire. The first of an eventual worldwide team of ladies to work for this company, Mrs PFE Albee was the very first 'Avon Lady'; her job was to sell the perfume and to recruit more salespeople. The first product was a collection of fragrances called the Little Dot Perfume Set. They included Violet, Lily-of-the-Valley, White Rose, Heliotrope and Hyacinth. By 1887, McConnell was employing a dozen women, selling his range of 18 fragrances.

In 1939, the California Perfume Company was renamed Avon1, after the river which runs through Stratford, England, the birthplace of William Shakespeare, McConnell's favourite playwright.

The beauty of working as an 'Avon Lady' is you get to choose the time you spend on it. Anything you sell earns you commission, so the more you sell, the more you earn. Anyone can sell cosmetics and toiletries; sometimes a man will make being an Avon representative his dream job. For the basis of continuity, though, the Avon representative is referred to as a female in this entry.

The representative is given a 'round', a block of houses in a street or two, by her line manager, who is usually an ex-representative herself. The round should be canvassed first, as customers are more likely to buy from someone they have met socially, rather than deal with someone who just drops the brochure, delivers their order and is then not seen again until the next campaign.

Every two to three weeks, new brochures ('Campaign One' 'Campaign Two', etc) are produced by the company. These are purchased by the representative. She distributes them, enclosing her personalised order form, through the letter boxes of the houses on her round. On the order form will be her name and contact phone number, and the date that she will call back to collect the brochure, which can then be re-issued to other addresses.

Once the orders are in, the representative fills out one collective order form and sends it off to the company, along with any returns (for credit) from the previous campaign. In the next delivery (to her own home) will be the previous campaigns' orders, the invoice from Avon, any stationery and/or samples the representative has ordered, brochures for the next campaign and any new products, in advance of the current brochure, which the representative can order for herself at a discount, usually half-price. These can then be tested by her and talked about with her customers, thereby procuring more orders.

Samples are a boon to the representative, as they can be given as a 'thank you' for a large order or used to garner interest in a new fragrance or product. A successful 'Avon Lady' will know her customer's tastes and also their birthdays. The highest-selling representatives earn themselves membership of the 'President's Club', gaining added status and an exclusive gift, usually a limited-edition porcelain figurine.

There are almost as many different types of customer as there are stars in the sky. You won't find two the same. One will treat you like a dogsbody, another will consider you their new best friend. Yet another will order ten products, choose one and return the other nine. One won't buy anything, but will keep you chatting for hours on their doorstep while you freeze your toes off. Another will tell you off for calling on a Sunday; her neighbour might offer you one of her cat's kittens. Then there are the ones who invite you in to share their coal fire and send you on your way with a freshly-baked cake. Ask after their new kitchen/bathroom/conservatory/wallpaper/carpet and you'll be invited in to view. Your opinion matters, so you have to be kind, even if you hate their taste. Beware of the husband who invites you in for a wonderfully-sounding cup of tea, especially if you know his wife is away6.

One customer who developed arthritis in her fingers couldn't continue knitting a cardigan, so she asked her Avon Lady if she would consider finishing it, which she did. Another, who was looking after her grandson while her daughter was in hospital, asked the Avon Lady if she would take the child with her on the round, to give her a break. These are extreme examples, but you get the drift. All of the above examples come from the experience of one Avon Lady.

Then there's the weather. It's no fun walking the streets, especially in the dark — and then it starts to rain. Carrying soggy bags can be hazardous, and you don't want to be scrambling around in a wet gutter for dropped deodorants, being splashed by passing cars.

Another problem is that of dealing with the company. It's rare to receive a perfect order: one mistake is usual, two is common, three is not unheard of, but as for four mistakes, well - it's just not your day. That's not counting the products which have leaked in the delivery box. Cleaning shower gel off everything the spill has touched is painstaking work and when lids are removed from lipsticks they become unsuitable for sale. Then you have to explain to the customer why their order hasn't arrived (or is too damaged to sell), causing them disappointment. You get the flak. Best to be honest and say it's the company's fault and you'll deliver it as soon as the replacement arrives. If it was a handbag for a wedding or a scarf for a birthday gift, you're in deep trouble. This requires tact and the best thing you can do to salvage the situation is offer to go shopping for a replacement. Above all, you have to keep your customers happy or you will lose them.

Today the number of Avon representatives has reached almost five million and their products are sold in over 100 countries all over the world. Just about everyone knows someone who is or has been7 an 'Avon Lady', or at least their mother does. Now, with online technology available, people can order their purchases over the Internet. Eventually the Avon Lady may become just a pleasant memory, although her place in folklore is guaranteed.

1Not to be confused with one of the characters in Blake's 7.2M, Avon's men's catalogue, launched in 2004, offers 16 pages of grooming products and accessories.3Dry skin except for an oily 'T' zone across the forehead and including the nose.4An ingenious contraption for keeping the toes apart while polish is applied, thus avoiding smudging.5Batteries not included.6Stories like this belong in an entry called 'Confessions of an Avon Lady'.7Michaela Strachan used to be an Avon Lady, as did Suzanne Vega.8Which is made from lead and is considered a health hazard in medical circles.