Katharine Hepburn Content from the guide to life, the universe and everything 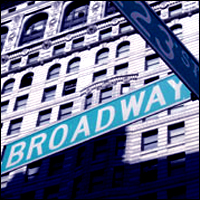 During the 'Silver Screen' era of US cinema, one woman set new boundaries and gave actresses in Hollywood a whole new way of approaching their roles. No longer would they be looked upon as sex objects, or be silent. Women in films would be seen as having an air of intelligence and would give the impression that they had thought long and hard before saying something. This change was brought about by Katharine Hepburn, a woman with beauty, humour and independence. During her lifetime she was to set a record of obtaining 12 Oscar nominations, an achievement that was only surpassed by Meryl Streep in 2002 for her role in Adaptation.

I've had a pretty remarkable life, but compared to my mother and father I'm dull. The single most important thing anyone needs to know about me is that I am totally, completely the product of two damn fascinating individuals who happened to be my parents.
- Katharine Hepburn

Katharine Houghton Hepburn was born one of six children to Dr Thomas Norval Hepburn and suffragette Katharine Martha Houghton, in Hartford, Connecticut, on 12 May, 1907. As a child, she loved taking part in sport, and played many a game of tennis and golf throughout her life. She was also a keen swimmer and excelled at wrestling and gymnastics.

Her parents were the key influences on her life, as Hepburn recalls: "The great thing my parents gave me was not to have fear; I was taught not to be afraid of anything." She quickly learned to think for herself and volunteered to march alongside her mother for the suffragettes.

In 1921 her brother Tom committed suicide, leaving Hepburn suffering from depression and unwilling to socialise with children her own age. For many years she celebrated her birthday on her brother's (8 November) as a sign of remembrance.

Hepburn's education as a child was mainly received at home through tutors. But in 1924 she attended Bryn Mawr College where she appeared in numerous school plays and gained a degree in drama. On graduating, she took a job at a stock company, but her passion for drama didn't leave her and she was soon trying for parts in theatrical productions. In 1928 she made her Broadway debut in These Days. In this year, she also married Ludlow Ogden Smith, a stockbroker; they divorced in 1934. Later, Hepburn was to say:

I don't believe in marriage. It's bloody impractical to love, honour and obey.
- Hepburn

In 1931 she appeared in the Broadway play Art and Mrs Bottle. She then landed the part of Antiope the Amazon Princess in The Warrior's Husband (1932). The latter received excellent reviews and led her to be offered a number of screen tests for various films including one for A Bill of Divorcement (1932). RKO Pictures was soon keen to take her under its wing and they signed a contract which led to Hepburn to making Morning Glory and Little Women with the company. Her role in Morning Glory won her her first Oscar.

She was very much an outsider - and did not fit into the studio system. She was her own woman.
- Sheridan Morley

However, it wasn't long before her fans found out she wore trousers 1, refused to hold interviews, pose for photos or sign autographs, and generally made attempts to avoid media attention where possible. In their eyes, this was unconventional behaviour and they responded with their feet, leaving the Broadway show The Lake and films she appeared in such as Break of Hearts (1935), Sylvia Scarlett (1935), Mary of Scotland (1936), Quality Street (1937) and Bringing up Baby (1938) to flop.

Dorothy Parker, a writer and critic, is noted for describing Hepburn's performance in The Lake: "She ran the gamut of emotions from A to B." Soon Hepburn became known as 'box office poison'.

She returned to Broadway and put in an appearance in Philip Barry's The Philadelphia Story. The plot line was written with her in mind - as the spoiled socialite Tracy Lord - and she bought the rights to the play. When the last performance took place in 1939, the curtain didn't come down at the end because Hepburn didn't want the curtain to fall on her favourite play. With her permission, the play was later transformed into a musical and she was eventually nominated for a Best Actress Oscar for her performance in the cinema version of The Philadelphia Story, which was an instant success. Back on top form again, Hepburn was able to demand $1,500 (£1,000) a week.

In my relationships, I know that I have qualities that are offensive to people - especially men. I'm loud and talkative and I get on to subjects that irritate.
- Hepburn

During her life, Hepburn was linked romantically to a number of people ranging from the director Leland Hayward, whom she nearly married, to Howard Hughes, with whom she had a four-year affair. According to the author Barbara Leaming, the film director John Ford was said to be the main person in Hepburn's life but Spencer Tracy, whom she met while making Woman of the Year (1942), is said to have shared the position. Her bond with Tracy became so strong it went beyond the screen, lasting until his death in 1967. The pair never married, for he was a devout Catholic who was unwilling to divorce his wife, comedian Louise Treadwell, and things weren't always rosy between them.

We each had a wild desire to be famous. I think that this was a dominant character failing. People who want to be famous are really loners. Or they should be.
- Hepburn

She was also said to be romantically linked with women, such as the US theatrical producer Irene Mayer Selznick and the American Express heiress Laura Harding.

Hepburn won her fifth Best Actress nomination for her role in The African Queen (1951). The film was made in Africa and many of the cast and crew, including Hepburn, fell ill with malaria and dysentery. She later wrote about the impact the film had on her life in a book entitled The Making of The African Queen: Or, How I Went to Africa With Bogart, Bacall and Huston and Almost Lost My Mind.

During the 1950s and 1960s, she took part in a number of Shakespeare plays in London, Australia and the US, before returning to filmmaking, where she would often play a spinster. Her Oscar-nominated performances at this time included Summertime (1955), The Rainmaker (1956), Suddenly Last Summer (1959) and Long Day's Journey Into Night (1962). However, the films Guess Who's Coming to Dinner and The Lion in Winter proved to be the most fruitful: she received Best Actress Oscars2 for both.

In 1969 Hepburn took to the Broadway stage and made her debut singing performance in Coco, a play about the fashion designer Coco Chanel. She was such a huge success that she was asked to take part in two other Broadway shows: A Matter of Gravity and The West Side Waltz.

During the 1970s, Hepburn appeared in a number of television productions including Love Among the Ruins (1975), in which she co-starred with Laurence Olivier, and The Corn is Green (1979). She also took part in some feature films including On Golden Pond (1981), which gave her her fourth Oscar.

In 1991, Hepburn released her autobiography Me: Stories of My Life. Her last three appearances before her retirement were in the 1994 films One Christmas, Love Affair and This Can't be Love.

Towards the end of her life Hepburn began to suffer from Parkinson's Disease, and said: "I'm what is known as gradually disintegrating. I think people are beginning to think I'm not going to be around much longer. And, do you know, they'll miss me, like an old monument. Like the Flatiron Building."

In many ways, Katharine Hepburn did not fear death. 'It will come as a relief,' she told reporters, time and again, in recent years. 'No more interviews.'
- The Sydney Morning Herald

Hepburn passed away on 29 June, 2003, at the age of 96, at the family home in Old Saybrook, Connecticut. In honour of her extensive theatre work, the bright lights of the Broadway theatres were dimmed for an hour. George Bush was quoted as saying:

Katharine Hepburn delighted audiences with her unique talent for more than six decades. She was known for her intelligence and wit and will be remembered as one of the nation's artistic treasures.

Elizabeth Taylor said: "I think every actress in the world looked up to her with a kind of reverence and a sense of, oh boy, if only I could be like her."

In 1983, Hepburn struck up a friendship with US biographer A Scott Berg and told him lots of personal stories she hoped he would keep secret and release in a book after her death. The result can be found in Kate Remembered.

In 2004, a lot of her personal belongings went up for auction at Sotheby's. The amount raised went to her family, but not everyone was happy with it going ahead. BBC journalist Tom Brook said: "Her biographer sees the sale as an invasion of her privacy, and others have commented that the auction has an unseemly, almost voyeuristic, appeal."

Her death has definitely brought her back into people's immediate consciousness. I think there isn't an actress alive who hasn't got a love and admiration for her work.
- Actor Cate Blanchett

You have made all our hearts tremble, one time or another.
- Actor Charlton Heston

Kate did not grow up to Hollywood, Hollywood grew up to her.
- US film director George Cukor

She was basically a very, very shy person, terrified of coming into a room even at family get-togethers.
- Ms Katharine Houghton, her niece

1During the 1930s it was considered wrong for women to wear trousers. She once wore jeans too and the wardrobe department hid them so that she would have no choice but to wear a skirt. Hepburn decided that just wearing knickers was the next best thing.2She shared the Oscar she won for her part in The Lion in Winter with Barbra Streisand who appeared in Funny Girl.