Cocking a Snook Content from the guide to life, the universe and everything 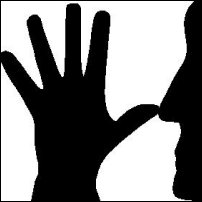 'Cocking a Snook' sounds a trifle risqué doesn't it? Perhaps related to certain affairs of the boudoir? Well, no, sorry to disappoint. It is in fact the 'common' name for the gesture of holding the thumb to the tip of the nose, and then spreading the fingers out wide - perhaps waggling them also.

It can mean many things, most of them rude, and can also be accompanied by blowing a 'raspberry'. Cocking a Snook quite possibly meant, 'I still say I'm right', but more than likely was simply used as a form of mockery, like the biting of one's thumb:

Nay, as they dare. I will bite my thumb at them;
which is a disgrace to them, if they bear it.
- Sampson, from Act 1 Scene 1 of Romeo & Juliet, by William Shakespeare

You can Cock a Snook1 all over Europe, North America and Australasia without fear of being misunderstood, and it can be reliably dated to at least 1532, in the writings of one François Rabelais. In fact, the gesture can be seen in The Festival of Fools, a print made in 1560 by artist Pieter Bruegel (the elder) - and it is likely it has earlier origins.

It is sometimes referred to as 'cocking a snoot', a 'five-fingered salute', 'taking a sight', the 'Shanghai Gesture' or waving 'Queen Anne's Fan', and if you add your other hand to the gesture, this will complete a 'double snook'. As far as etymology is concerned though, it probably comes from cock - to stick out (such as to 'cock your hat'), and snook (or snoot) - perhaps deriving from snout, the nose.

Modern society sees Cocking a Snook as a very childish thing to do, as the more common insult today is usually either a simple verbal tirade or a fingered salute (usually just one or two) - maybe even a combination of both. However, next time you feel the need to 'flip someone the bird', why not try 'Cocking a Snook' instead?

1Not to be confused with a type of North American fish.