'Blue Peter' - the TV Series Content from the guide to life, the universe and everything 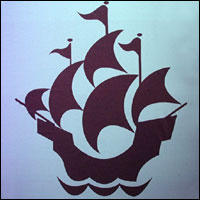 Generations of children in the UK grew up with Blue Peter which started on the BBC in 1958. The programme is named after a naval flag which is a white square on a blue surround. It is flown by a ship to indicate that it is about to leave port. The programme was designed to be educational as well as entertaining. It showed children how to make things, related stories of historic characters and demonstrated the exciting things that people do. The show also had pets for the nation to adore; a nation that was moving into flats and who could not keep animals for themselves. It has a distinctive blue clipper as a symbol, the original drawn by Tony Hart.

Here they are in order of appearance:

The first Blue Peter Expedition was in 1966 at a time when foreign holidays were only starting to take off for families. The annual expeditions take a look at different countries around the world. When they were started very few children would have been to such places, but now things are different and the presentation of the reports tells us more of the places that children might one day themselves visit, as well as portraying general scenes of the country and its culture.

The last show of every season the presenters reveal where they will be off to report on that summer. So far various countries have been visited twice8. Some of these include Turkey, Japan, USA, Kenya, South Africa, Canada, Mexico, Australia, New Zealand, Thailand, Ivory Coast, Tonga, Iceland, Sri Lanka, Morocco, Malaysia, Egypt and Brazil.

In fact the first trip to Kenya in 1971 was special for another reason. It was a royal safari and the special guest of Valerie Singleton was Princess Anne, daughter of Queen Elizabeth II. The Princess, even back then, was Patron of the Save the Children Fund and as well as seeing the wild animals in the nature reserves they took trips to visit some of the projects that Save the Children had set up in Kenya.

For the last 38 years adults know when Christmas is approaching beacuse all the children they know start asking them for scrap material or for something for their stall. The reason for this is that it's time for the annual Blue Peter charity appeal. These appeals usually alternate between a domestic and international need. Either a country with nutrition, health or education needs, or closer to home, something for UK hospitals, the disabled community or funds to research other special care needs.

The scraps are then recycled and the money goes to these causes. Some of the scraps that in the past have been collected include milk bottle tops, aluminium cans, rags9, stamps, old cutlery and many other pieces of household junk.

The other popular fundraiser is the Bring and Buy sale 10 where people are encouraged to sell whatever they can find. The idea is that people can bring stuff in to sell, hopefully in good shape, or people come just to buy. Bring and Buy sales raise money in local schools, town halls or gardens.

1A stand-in for two editions while Valerie Singleton was on holiday.2Left to have a baby.3Richard was sacked after a tabloid revealed he'd been caught taking drugs. Bacon later went on to present The Big Breakfast television show.4On maternity leave from December 2004.5Standing in for Liz Barker from December 2004 onwards.6Nine out of 13 of her pups became guide dogs for the blind.7Another of Goldie's pups, Prince, from her first litter, was puppy walked on the show by Peter Duncan for Guide Dogs for the blind.8Since Blue Peter has a generational turn over of children viewers.9One year this raised enough to pay for a pony for Riding for the Disabled. The Pony was subsequently named Rags by the viewers and Princess Anne helped to break him in on the show.10A car boot sale ahead of its time.