Percy Bysshe Shelley - The Making of the Man Content from the guide to life, the universe and everything 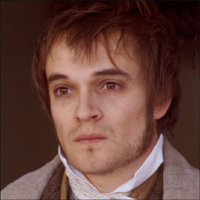 Percy Bysshe Shelley was the son of Sir Timothy Shelley1 and his wife Elizabeth Pilfold. He was born, with the accompanying silver spoon, on 4 August, 1792, just outside Horsham, Sussex, the eldest of seven children. Percy was his parents' pride and joy and as such was somewhat over-indulged. His father was MP for New Shoreham and it was assumed that when Percy became 21 he would enter public life and fill his father's seat.

Percy began his formal education at home where he was taught, very traditionally, by the Reverend Evan Edwards. He studied Latin and Greek and appeared to be an excellent scholar. By the age of ten he was thought fit to leave home for boarding school at the Syon House Academy with his elder cousin Thomas Medwin. The building which housed the Academy was severe and Percy was unhappy there; however, he did find some solace in his friendship with one boy which he enjoyed while exploring his growing sexuality. Shortly after this forbidden tryst Percy moved on to Eton at age 12.

The move to Eton was not to Percy's liking either, although it was here in 1809 that he was first blinded by love or romance, or indeed both, for the fairer sex. He embarked on a love affair with his cousin Harriet Grove. This was encouraged by the family in the first instance, but in the end following a brief engagement it was all called off. Percy's forthright views regarding the Irish problem and his opposition to Christianity tipped Harriet's parents against the match. Their engagement was forbidden and their romance died an unnatural death in 1810, just as Percy was making the move to Oxford to complete his education. In the six years he attended Eton he felt stifled and unable to expand on his developing philosophies and idealism but felt sure that his talents would be more appreciated at Oxford.

The more we study the more we discover our ignorance.
- Percy Bysshe Shelley

Shortly after arriving at Oxford Percy made the acquaintance of Thomas Jefferson Hogg who was to become his lifelong friend. The pair cut quite a dash but they also managed to cause a stir in the hallowed hallways of University College, Oxford. Percy had courted controversy just months prior with the publication of some poetry written by himself and his sister Elizabeth. The poems were published and withdrawn shortly thereafter due to their apparent burlesque content, which actually disguised their subversiveness. So, when both Percy and Thomas decided to publish the pamphlet The Necessity of Atheism it bought them both a ticket right out the door.

Every reflecting mind must allow that there is no proof of the existence of a Deity. Q.E.D.
- Percy Bysshe Shelley

Percy could have had his expulsion overturned thanks to the influence of his father, but to give him his dues, he stood by his beliefs and alienated himself from Oxford and his father.

The Price of Romance

The pleasure that is in sorrow is sweeter than the pleasure of pleasure itself.
- Percy Bysshe Shelley

The Christmas before his expulsion from Oxford, Percy had met and formed an attachment with Harriet Westbrook, a school friend of his sister. Following the estrangement from his father, the settlement they had agreed2 enabled him to pursue Harriet. They entered into correspondence and Harriet facilitated his continued contact with his sisters and indeed forwarded their financial support for him. Their correspondence brought trouble at school for her, but this appeared to encourage Percy all the more.

In May, 1811 Percy was busy trying to make some sort of reconciliation with his father, and was having some success. Harriet, however, was unhappy at home to the point that she was considering suicide. When they met a few months later she declared her undying love for Percy. Although she was petite, beautiful and intelligent, Percy did not feel quite the same about her. He did have a certain attachment to her though, so declared that their fate would be entwined - then went on about his business.

Percy had already read the principles of William Godwin3 and in correspondence with Harriet he had coached her in his beliefs in the hope that she would forego the ritual of marriage. However, when they eloped in August, 1811 they made their way to Edinburgh where they were married on 29 August. He was just 19 years old, and she was only 16.

On their return home Percy had hoped that his father would resume contact and perhaps, more importantly, resume making payment of his allowance which had ceased due to his inappropriate behaviour. In order to facilitate a reconciliation Percy left Harriet in York with his friend Thomas Hogg while he journeyed to his uncle's home to attempt some communication with his father. He returned a week later having been unsuccessful, but a lot had changed in a week. In his absence Hogg had seduced Harriet - much to Percy's displeasure. The pair came clean at once, and Percy forgave them both as befitting his belief in free love, but it resulted in the newlyweds moving to Keswick for a new start where poverty awaited.

Several begging letters later and Harriet's father made them an allowance of £200 per year. On hearing of this, Percy's father also renewed his allowance and at least the couple were again solvent.

In February, 1812 Percy travelled to Ireland to embroil himself in the political upheaval and indulge himself in some radical pamphleteering. This brought him to the attention of the British Government, much to his father's displeasure. Percy, having freely distributed his pamphlets around Dublin, spoke alongside O'Connell. He received a mixed reception - applause for his thoughts on the British, but hisses for his views on religious tolerance. The British Government was not amused.

Just before embarking to Ireland, Percy had struck up a correspondence with his favourite author William Godwin. During this time William attempted to dissuade Percy from his continued involvement with the Irish problem and wrote, 'Shelley, you are preparing a scene of blood.' Godwin realised that Percy was out of his league floating his general principles of republicanism in such a powder-keg environment, but Percy, as ever, wouldn't be told. At around the same time he had formed a friendship with Leigh Hunt, editor of The Examiner. Mr Hunt was also a thorn in the side of the Government and indeed landed himself in prison following libellous comments regarding the Prince Regent. Percy became his financial support during this time, and it was to cement their long-term friendship, but again the Government wasn't impressed.

On his return home Percy published his Declaration of Rights, on the subject of the French Revolution, which he freely circulated around the place. His servant Dan Healy, however, was unfortunate enough to be caught posting it and faced a fine of £200 or a term in prison. Percy was in no position to pay Dan's fine, so poor Dan languished in prison for eight long months with his only comforts purchased by Percy's donation of 15 shillings a week. By this time Shelley was of such concern to the British Government that he was put under surveillance and a man named Leeson was allocated to spy on him.

Later that same year Percy met William Godwin, in person, for the first time and this took one aspect of Percy's life off on a costly tangent. Percy and Harriet took to visiting Godwin on a regular basis, and on one such visit in November, 1812 they made the acquaintance of William's favoured child: Mary. This was the beginning of even more turbulent times for the Shelleys.

1Sir Timothy later became the second Baronet of Castle Goring.2£200 per annum and freedom for Percy.3The journalist and philosopher who also happened to be the father of Mary Wollstencraft Godwin (later to be Mary Shelley).