The Secrets of Writing Pantomime Content from the guide to life, the universe and everything 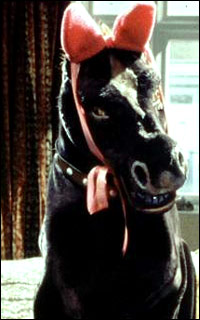 Pantomime is by far British theatre's greatest survivor. It has survived all manner of adverse criticism over the years and is still going strong today. So what is the secret of its success?

Pantomime is a balance of tradition and innovation. From the outset pantomime was used as an antidote to heavy tragedy (particularly of the Shakespearean variety). This is still the basis of modern pantomime; telling a stupid story in a mock dramatic style. Pantomime is the original spoof format poking fun at melodrama and the silliness of it. All of the elements below have phased into the pantomime script over the years. For more information on the history of pantomime and how it has shaped the modern art check out It's Behind You.com.

The key to any show is the storyline, and with pantomimes this is doubly so. Pantomime storylines are predominantly fairy stories. Writing a panto storyline usually involves juggling the Disney version with the real one as Disney have now covered almost every fairy tale in existence. Thankfully (in the opinion of this researcher and the pantomime writers' community in general) they haven't made a feature film out of 'Dick Whittington', 'Mother Goose', 'Babes In The Wood' or 'Jack And The Beanstalk' yet! However many fear it is only a matter of time before they do! This is particularly annoying to those writing a 'Snow White and the 7 Dwarfs1' as the Dwarfs' original Grimm Brothers' names were all altered in order to dumb the show down for the American public2.

A rather flash alternative to a regular fairy tale is to use 'alternative' fairy tales. Examples include Roald Dahl's 'Revolting Rhyme' versions, sequels to popular fairy tales or spoof fairy tales like 'Shrek'. This is a risky strategy as the audience may not understand it. It is important to keep to basics even if the story is going off the wall.

Dames are always popular and are likely to get a round of applause for every entrance and a massive amount of audience reaction. However the trick with the dame is to write her part for the actor. You can either have a camped-up trollop or a bloke in a dress. The camped-up trollop is the most popular approach and works best with a not very camp person. However, in teachers' pantomimes the burly P.E. teacher in a dress acting and speaking as he usually does is just as funny. Writing a decent dame's part is all about knowing the audience and knowing the actor and how he is seen by the audience normally. Celebrity pantos are always tricky ones to cast but thinking along the wrong lines always works. Being drunk while casting is also a good idea: who would have thought of Richard Wilson as a panto dame while sober? Special mention must be made of Berwick Kaler, who has played the dame in every pantomime at the York Theatre Royal for 25 years.

An essential element of any pantomime. A good Bad Guy will be instantly recognised by the audience. Huge speeches of his evil plans are always fun to write and perform. Particularly when rhymed. Above all whoever you cast as the Bad Guy must see him (or her) self as the star. The general consensus of opinion amongst panto writers is that the Bad Guy is the star.

The audience will love the Principal Boy just for being good so he isn't a major concern for writers. Providing he keeps the story moving and the audience cheering there is no way even the worst actor in the world can go wrong with this part. Most pantomimes cast a girl in this part but it isn't a definite requirement. Irish pantomime leaves the part open to boys and girls. Although this can be a problem when the writer has added an extremely high pitched song into the script!

In traditional pantomimes they are as much of an innocent as they are in the original fairy tale. Overplaying this can be fun and many actresses portray them as bimbos. 'Alternative' pantos involve more feisty characters in this role and it is important to ensure they aren't turned into regular heroines by a drab performance.

This joke is the most overused in the history of theatre and its inclusion is an extremely cheap laugh. When playing the King (or 'strong regal or parental character' as he is described in 'Writing Comedy'), it is always best to think of Brian Blessed. Ever since Blessed appeared as Richard IV in 'Blackadder' he has come to define comedy kings. Stephen Fry's Melchett is also a good character starting-point. As for casting, the bigger and the more pompous the better!

Background parts are always best played for laughs and the comedy double act are the guys for the job. They are an important audience interaction tool whose origins stretch back to Music Hall. The great thing about the double act is you can make them do any little menial job you don't want to give the chorus! There is an art to telling jokes and throwing buckets of water over people so it's best to ensure your double act have a sense of timing and comic experience.

Isn't strictly necessary but can be extremely fun to write for. Rhyming lines are a real pain but upon completion give the writer the satisfaction of a job well done. In order to keep the censors awake it can be rather fun to throw in the odd bit of expected smut, e.g.

Darcon weren't keen on Nursey 'cos she ain't no Venus, but she loves him 'cos he's got a big ....... scroll.
- Quoted from Act I Scene ii of 'The Big Match: a Trilogy of Two Parts' by Ian Warner

Be advised that writers will get the stick for this if it backfires. Speaking of 'The Big Match: a Trilogy of Two Parts', it may be the only pantomime which has replaced the rhyme of the Narrator's lines with rap. This is an utterly hilarious idea which is just begining to appear in pantomime as it adapts to popular culture. Arguments between the characters and the Narrator, such as in 'George of the Jungle' (although not a pantomime, this hilarious Disney live-action Tarzan spoof has contributed much to pantomime writing), are also a novel and effective idea. Narrators carry a big risk of slowing pace with them and these ideas and similar ones can be very useful in keeping the panto's pace up.

The big question that a writer must ask him (or her) self is 'can I be bothered?!' Pantomimes don't necessarily need music as Headly Warner's 'Cinderella' and 'Dick Whittington' prove. These two have a very interesting comic device within them that creates a build up to a song but doesn't deliver it. However, pantomimes are a lot more fun with musical numbers. This is particularly true of popular songs with re-written words. A recent production of 'Aladdin' involved numbers such as 'I Don't Want To Rock Genie' and 'I'm Sending Your House Up To The Spirit in the Sky'. Other classics include 'Cos We're Stunties', a Dwarf based take on 'Greased Lightning' by Alex Hadari and 'Pure and Simple (She's So Ugly)' by Harry Robinson. Music is fun to work with but remembering who the copyright belongs to is a major issue! If you've written a song make sure you can prove it!

Most pantomimes include a well choreographed sequence or two that falls under this category. From simple dance sequences to take-offs of action sequences from popular movies e.g. a Shrek-like take-off of 'The Matrix' using 'stage bullet time', which involves acting in a combination of slow motion and semi-frozen sequences.

Not essential but fun. This could be anything from a horse to a gigantic panda holding a couple of flashlights3.

A real must for any pantomime are the lines 'Behind you!' and 'Oh no it isn't!' ('Oh yes it is!'). 'What do you think of it so far?' ('Rubbish!') is a good one for a British audience who are still likely to be familiar with Morecambe and Wise. In fact it's a good one for any audience! Getting the audience to join in with a song is also a lot of fun. However it must be stated here that sweet-throwing can be a health and safety nightmare! It has got to the sad state of lawyers telling pantomime actors and writers what to do, unfortunately!

Pantomime is about having fun and doing all sorts of stuff you would usually never do (making it ideal for charity productions). It has survived because it has evolved with new writers bringing new ideas to it. It can take mocking because it is self-mocking and will survive for many more years yet. It is also, to quote www.cix.co.uk, 'the last living folk art in England'. 'Why is this?', you may ask this over enthusiastic researcher. It's because pantomime is the Terminator of theatre - it may get brutally beaten but it will always 'be back'.

1Or Dwarves if, like Tolkien, you're touchy about the spelling of vertically challenged persons who work in mines and grumble a lot.2Dumbing down for Americans is quite insulting and possibly a subject for a future article.3This was a one-off gag in a recent production of 'Aladdin'. He was introduced as the latest piece of crime-fighting technology by the Vizier and entered in a black-out holding a couple of flashlights to look like a car. The lights came up to reveal a giant panda in a policeman's helmet with flashing blue lights. A cheap gag but well worth the £500 invested in the suit.