How To Run A Radio Show In The UK Content from the guide to life, the universe and everything 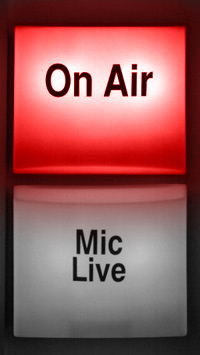 Running a radio show is like driving a car. It looks very complicated, but when it boils down to the basics, it's just pushing buttons and turning wheels.

You will need several things in order to run a successful radio show.

Rules of the Air

There are several rules and laws that must be observed while broadcasting. These rules are decided and maintained by the British Broadcasting Authority. Essentially the rules boil down to these:

It is worth briefly mentioning Mechanical-Copyright Protection Society (MCPS) licensing. Owning a record does not give the owner permission to play it publicly and radio, in whatever form, must pay for the privilege to use the material. The MCPS is the agent that distributes fees to various interested parties3. Some studios require a playlist for each show, so that they can get pay royalites on it. Community radio, if supported by a parent radio station, may be covered under the parent station's licence.

Most types of radio station break down into one of the following types:

Hospital radio is a good place to start. They are usually in desperate need of volunteers and will gladly welcome anyone, even if he or she has no experience. Community radio stations are also a good starting place. They usually have a few slots during the week that are difficult to fill. The main disadvantage is that you might not become a broadcaster straight away, and will have to help out with other chores, such as fundraising5, essential building maintenance, membership vetting, etc. This work is well worth the effort however, as the rewards are immense.

Local radio stations usually have a long waiting list of potential presenters. Even if you are successful, you are likely to be put on a graveyard shift. Due to certain licensing laws, some local stations are required to continue transmitting 24 hours a day.

Gigs on national radio stations are like gold dust - very rare. They are usually given to club DJs or to people who have proven themselves on a local radio show.

For simplicity, this entry will discuss a music radio show, as opposed to a talk show (which is harder to do anyway).

The 'desk' or controls of the radio studio all boil down to a reasonably complicated stereo set. To imagine what the desk looks like, think of Mr Scott's transporter from Star Trek, except you sit down at this one and there are more than three sliders.

The desk is divided into sections. Each column represents a single device, like a microphone or a CD player. Starting from the bottom of the desk and working up, each column has;

A microphone slider may also have an equaliser for low, medium and high frequencies, which can enhance the presenter's voice.

Of crucial importance on the desk are the left and right channel meters. These are like voltage meters and can be digital or analogue. They let you know how loud you sound to the listener. As anyone who has heard bad radio will know, if the levels are too loud, frequencies in the sound get cut off and you get a horrible grating, buzzing noise from the radio. Some desks also have a special meter to indicate the differnce between mono and stereo.

There are a few other controls on the desk not relating directly to devices, such as the monitor control, headphone controls and logging tape system, but these are not important. The main thing to remember is that both the speakers in the studio and your headphones can be set to let you hear either:

It is general practice for the speakers to tell you what the transmitter is doing and have the headphones for what the desk is doing. This difference will become clear later.

Playing music on the radio is almost exactly like playing music on a stereo, except you have to know beforehand how loud the music is, how long it lasts and if there are any quiet bits.

To illustrate, imagine you already have a piece of music playing and being broadcast. You want to play another track from a different CD. To do this:

If the music is too loud or too quiet, adjust the level using the gain knob accordingly until you are happy, then press the back button on the CD player. It should return to the start of your track and wait for you. Press the PFL button again to turn it off. You will now hear the current track again.

You are now ready to play the track. When the current track finishes, you can either push the slider on the new CD all the way up and then press START, or you can press START and then slide it up in order to fade the new track in as the old one fades out. If you want to talk between tracks, simply fade up the slider on your microphone, talk for a bit8, then start the new track any way you want. Remember to fade your microphone down after talking. Most rookie mistakes result from leaving the microphone on and talking while thinking that the microphone is off9.

Other than that, the only difficulties are in picking good tracks and finding things to say, which can be quite difficult.

Once you have mastered the CD, all other devices like tape players, mini disc players, even LP turntables are easily mastered.

Every station has its own jingle or station ident. It is a legal requirement to play this a certain number of times, usually three times per hour. Most stations use either the analogue cassette with a very short piece of tape (This is similar to an eight-track10 cassette, except is uses only two tracks and uses inaudable tones to indicate when it should stop) or they use the digital DART players. They work in very similar ways; the DART accepts standard 3½" floppy disks. It re-formats the disk11 and can then have two minutes of mono or fifty-five seconds of stereo sound stored on it. These are used for jingles, promos and adverts.

Some shows will have sponsors. This is more likely with community radio stations, most of which are not allowed to have advert breaks and must make their money by other means. The sponsors should be treated with respect and there are specific broadcasting regulations about how they are represented and what they can say in their sponsor slots.

Handing over is when one presenter's show ends and another begins. Different stations handle this in different ways - just listen to a few stations and the differences are obvious.

The timing for some of these handovers can be difficult to master. Mental arithmetic is required, unless the station has forked out for a computer to do it for you.

There are two main issues regarding playlists.

Commercial stations depend on revenue and sometimes make funding deals with music labels to play a certain song a certain number of times, which results in more of the single/album being sold12.

Almost all radio is live, so things do occasionally go wrong. If this happens, don't panic, try to remain calm and find the problem as soon as possible. Just follow this handy fault-finding chart;

Now most CD players in studios are set up so that once you press the START button, all the controls on the front of the CD player are locked out, so there is no way for you to accidentally eject the CD you are currently playing, which is very embarrassing. However, not all studios have done this. Some are only able to modify some equipment but not others.

1Obviously, this excludes Radio Two broadcasters.2And in some radio formats, like community radio, is banned altogether.3Even music played in department stores needs a licence.4The kind that transmits via satellite or cable to factories, shops, etc.5Soak the DJ is not as much fun for the DJ.6This is useful if you are having a conversation. By setting your microphone to the left and your guest's7 to the right, on a stereo radio the conversation becomes more tangible for the listener.7Guests are not always in the studio. They may be joining you by telephone.8You are broadcasting on air, so you will have to use some dreadful pun - it's expected.9Don't worry too much, this happens to us all.10Eight-tracks go round in a loop.11This is a one way process. There is no way for a PC to format it back to IBM standard.12In the past there were accusations of chart-rigging using this method to promote artists that were not doing so well in the charts.