El Nino Content from the guide to life, the universe and everything 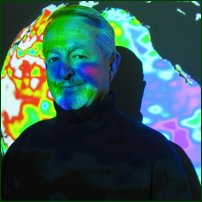 El Niño1 is a climate phenomenon affecting the Pacific, Atlantic and Indian Oceans, occurring approximately every three to seven years. Officially, it is a sustained sea surface temperature greater than 0.5°C more than normal across the central tropical Pacific Ocean. If this condition persists for less than five months it is classified as El Niño conditions. Any more than five months and it becomes an El Niño episode. The term 'El Niño' means 'the little boy' in Spanish, and refers to the baby Jesus because it usually takes place around Christmas time off the west coast of South America.

In normal circumstances, trade winds blow west and slightly north across the Pacific Ocean, causing surface water, warmed by the sun, to 'pile up' at the western end. This is part of the Walker Circulation, which is made up of easterly surface winds and westerly winds in the upper atmosphere. The piling up of water results in a bulge developing in the western Pacific, near Indonesia, so that the sea surface is about half a metre higher at Indonesia than at Ecuador. The warm water means surface temperature is about 8 degrees higher. It is often raining over this pool of warm water, since the heat causes air to rise (convect) and the water vapour contained in it to condense and fall. On the eastern side of the Pacific, cold, nutrient-rich water from the deep ocean rises to replace the warm surface water that is blown away, and the descending air (since air is rising in the west, it must descend at the other end of the Walker cell, in the east) gives the clear, dry conditions that create the Peruvian Atacama desert.

Sometimes the normal trade winds relax. This is the start of an El Niño. The reasons for this are not very well understood, but there have been attempts to explain it.

On a simple level, the relaxation of the trade winds (and the Walker circulation in general), is caused by a reduction in the temperature differences between east and west. So most scientific research is concentrated around this field. Other possibilities include an increase in the strength of the trade winds. Though it would initially result in increased cold water upwelling in the east, if the newly strengthened winds faltered at all, it would not take much for the especially high bulge of warm water to be released and flow across the Pacific. Statistically, it also seems that many El Niños are preceded by volcanic eruptions in the tropics. None of these theories, however, give a complete picture. Rather, they raise more questions. Why would the temperature difference be reduced? Why would the trade winds change their intensity?

Whatever the reasons, the warm pool of water in the Western Pacific is released. Since it has built up in a bulge, and 'floats' because it is less dense than the cold water around it, it flows across the surface of the ocean, back east towards South America. This is what drives El Niño.

This leads to a profound difference in the surface temperatures across that part of the Pacific. In the west, convection slows, since the water temperatures decrease, and rainfall decreases. It is common for countries like Indonesia and Australia to suffer from drought during El Niño as a result. In the east, the warm water sets up a convection cell and causes much heavier than usual rains in tropical South America, such as Peru.

The warm waters off the coast of South America contain fewer nutrients than in 'normal', cold conditions, so a dramatic reduction in marine life is observed. The effect on fish stocks is so drastic that it affects the world's production of fishmeal. Fishmeal is a cheap food for poultry, and a decline in its production means farmers have to use more expensive alternatives. As a result, poultry prices tend to increase across the globe.

The warm waters stretching across the Pacific also heats up the air in the overlying atmosphere. This produces alternating patterns of high and low pressure which have a measurable effect on global weather. Off the east coast of southern Africa, drought conditions often occur. In western South America, the increased rainfall makes it possible for farmers to grow more rice rather than the usual dominant crop of cotton.

1982 saw the strongest El Niño in the last 50 years (a visualisation can be found here). Over $8 billion of damages have been directly attributed to it, due to the sudden changes in weather conditions. This map plot shows the surface sea temperature (SST) anomalies observed during the event. The event saw severe droughts across much of south east Asia and Oceania, but also in the central Americas. Heavy rain and flooding was focused around the Gulf of Mexico and northern Peru. Hurricanes were formed in the Pacific, affecting Tahiti and Hawaii. See this Red Cross report for more details on the effects of the climate phenomenon. But despite all this it is a generally held view that El Niño does not increase the number or intensity of climate 'disasters'. It just redistributes them around the globe.

In the 6th Century a people called the Moche3 occupied a strip of the coastline of modern Peru. They were a culturally sophisticated people and have been called 'the Greeks of the Andes'. However, in the early 7th Century there occurred a 30-year El Niño event (often termed a 'mega El Niño') and the associated wet weather and flooding was followed by 30 years of severe drought. Though the Moche survived the episode, they were a shadow of their former greatness and soon faded into obscurity following a bitter civil war.

This is a fraught business. Sometimes it's hard enough simply to detect the thing. Detection is largely done through data from satellites and the various buoys floating out there in the Pacific, as well as the analysis of sea level changes.

Actual prediction is usually done by feeding data from current observations into numerical models. This is not the same as the short-range model used to deliver your bog-standard weather forecast. Nor is it quite the same as the long-range climate models that are used to predict climate change decades into the future. It is a medium-range model which, despite looking at shorter-term changes than the climate change models, still has a fair bit of uncertainty factored in. Forecasts can be quite different as a consequence, and so there are many different bodies giving many different versions of what will happen. Some of these can be found here.

La Niña (Spanish for 'little girl') is the opposite of El Niño, but still part of the same El Niño Southern Oscillation system. It involves cooler than normal sea surface temperatures in the central and eastern tropical Pacific. It occurs when the trade winds strengthen, increasing the piling up of water in the west and the cold upwelling in the west. This results in global climatic effects opposite to El Niño. In Australia there tends to be more rain, while it is especially dry in the east.

As an aside, when the notion of the opposite of an El Niño was coined, many newspapers used the term 'anti-El Niño'. However, this usage quickly died out when people understood what 'El Niño' actually referred to.

There is a degree of uncertainty about what will happen to El Niño as the planet warms. 3-5 million years ago the carbon dixoide in the atmosphere was significantly higher than it is now. During this time the El Niño conditions we consider exceptional now were much more freqent, perhaps even normal. The Met Office Hadley Centre Coupled4 Model (HadCM2) has suggested than an increase in carbon dioxide in the atmosphere will indeed increase the frequency and intensity of El Niños. This may well be a cause of an increase in global sea surface temperatures. However, the third version of that model (HadCM3) does not show this; it predicts little or no change in how El Niños occur.

1Properly known as the El Niño Southern Oscillation and often shortened to ENSO.2By being 'above' sea level, the thermocline makes way for the deep water at the surface.3Pronounced Mo-tchay.4This means the model is a dual one. It models changes in both the ocean and the atmosphere.