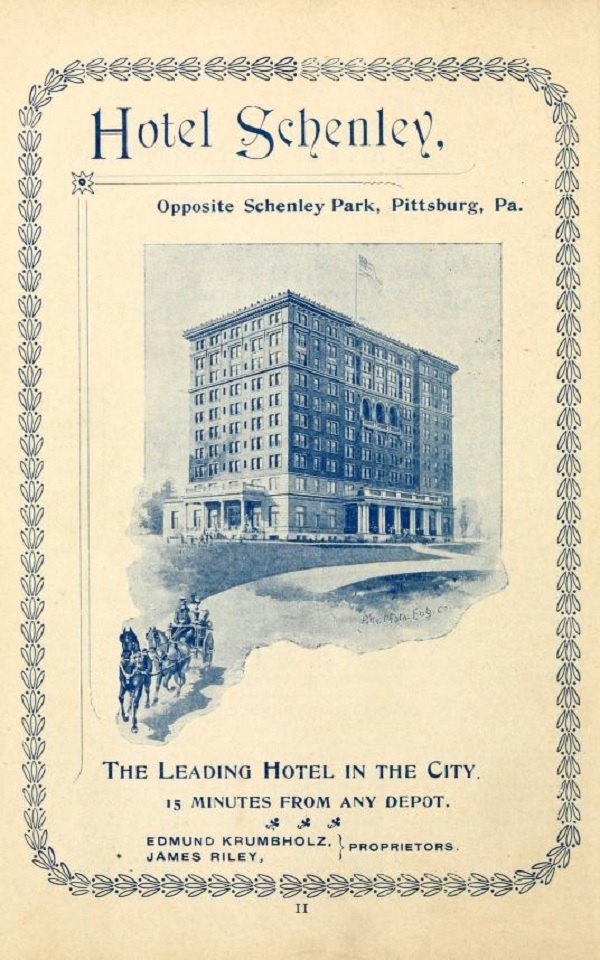 I started university in 1970. See that building? Believe it or not, it loomed large in campus life. The old luxury hotel was our Student Union building. I remember meeting friends there, attending meetings in the ballroom, even hearing Isaac Asimov speak there. There was a room with pool tables and even a beat-up old piano in a corner. I remember another student demonstrating some jazz licks for me on its battered ivories. On one side, there was a rose garden. I thought it was all pretty cool for a college campus.

A couple of years ago, I revisited the campus. The building's still there, and it's still used for student services. It's been remodeled inside. It's got wifi. But it still has that cozy feeling, even if it's lost that shabby splendour of the 1890s bleeding into the psychedelic era. New students are making new memories in there. At least one will fall in love there, and at least another will have a major epistemological epiphany. So it goes.

Generations of students have claimed the place is haunted. Lilian Russell is said to haunt the Pitt News office. Now, I used to help them put the campus newspaper to bed in there, and I never encountered anything scarier than the student editor, who was wearing an eyeshade and smoking a cigar because he secretly wanted to be Perry White. But I can see how the place might be haunted: the Schenley Hotel was a glamour spot in its day. It's seen History.

The Schenley Hotel was built in 1898. It's Beaux-Arts. The land it was built on originally belonged to Mary Croghan Schenley. The hotel was part of a grand scheme to make the Oakland section of Pittsburgh a centre of culture and education. It worked, sort of: there are two universities, back-to-back. The architecture is robustly pretentious, and certainly eclectic – even after they knocked down Syria Mosque (an auditorium) for a parking lot. I can't forgive them for that.

A lot of very important people stayed at the Schenley Hotel. Presidents and their ladies, of course, including Woodrow Wilson and the Franklin D Roosevelts, stayed in rooms where we later joked and argued. Society's young ladies 'came out' in that ballroom where student activists of a different time ranted about Southeast Asia. In the dining room, Andrew Carnegie and JP Morgan held a 'millionaires' dinner' to celebrate the foundation of US Steel, which was the reason I was now sitting in that same dining room drinking a coke and puzzling over Beowulf. Life is interesting that way.

Famous performers stayed at the Schenley, including Enrico Caruso. An Italian actress, Eleonora Duse, died in Suite 524. Maybe she's one of the ghosts. Mary Schenley's ghost doesn't visit the hotel. Instead, she hangs around the Cathedral of Learning, because it has her chandelier. But there's a ballerina ghost. She fell asleep one day and was late for a performance. As the story goes, the ballerina was so distraught about her consequent demotion in the corps de ballet that she committed suicide. So now she wakes up sleeping students so they don't miss their exams. That's nice of her.

When I was a student, Forbes Field was still across the street and behind the library – across from Carnegie's library and museum. Graduate students clandestinely rented out their study carrels to baseball fans who wanted to watch the action. The ballfield's location meant that at one time or another, all the historical baseball greats had stayed at the Schenley: Babe Ruth, Casey Stengel, Ty Cobb…

Even after the university acquired the hotel complex, it continued to make history. In 1959, Nikita Khrushchev met with American diplomats there during a tour of the US. Students probably don't care: they're busy making their own history under those fancy chandeliers. Long may it be a place where the young make their own memories.