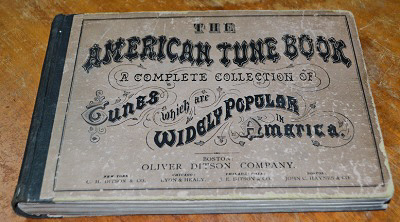 'Thomas Jefferson will be visiting us tomorrow afternoon,' the King said in his address to the Parliament. Then he moved on as quickly as possible to other topics and withdrew to his chambers without taking questions.

'He's probably embarrassed that such a brilliant man as Jefferson will come here and meet Ecnirp,' the members of Parliament whispered to themselves while waiting for their session to resume. The consensus was that the king was to be pitied for having a son of such limited
capabilities.

There was also some resentment that Jefferson should be so bright. 'Jefferson is as smart as twenty men,' the Lord Chamberlain said to the Butler. 'He was probably given Ecnirp's share of intelligence. Poor Ecnirp!'

'Poor us!' exclaimed the Housekeeper. 'We're such a small kingdom compared with France and Italy and those other countries Jefferson has visited. 'Imagine when the King dies and we have no one but Ecnirp standing between us and invasion by the Napoleons of the world.'

'We're lucky Jefferson even noticed that we are here,' the Butler said hopefully. 'Maybe he will offer an alliance.'

'But our only major crop is rhubarb,' said a scullery maid who was known for her impertinence.

'Maybe there's an epidemic of constipation in America,' said a Sergeant at Arms.

Yes, that must be it, the others thought, shrugging.

Meanwhile, in the King's study the greatest scholars in the kingdom were doing what they could to prepare Ecnirp. 'Remember to smile and look interested,' the prince was told. Well, Ecnirp was a nice young man who smiled a lot anyway. He had become the most popular royal by giving food to the hungry and firewood to those who had none in the Winter. He told jokes whenever there was tension in the air. Okay, so he couldn't remember the punchlines to the jokes, but his tutor was usually on hand to supply them.

And then the fateful afternoon came. Thomas Jefferson came into the throne room, talking to each member of the Royal Family in turn. Everyone worried that Prince Ecnirp would say something so stupid that Jefferson would leave in horror and never have anything to do with
the kingdom again.

'Sir, do you know 'Chester'? It is one of my favorite songs,' Ecnirp said when Jefferson approached him.

'Yes,' said Jefferson, a broad smile coming over his face. 'It gave us hope when we were fighting for out independence.'

Then Ecnirp began singing. And, while fate had not put much intelligence into his head, Ecnirp had been granted a beautiful singing voice and an ability to sing with real feeling.

A broad smile came over Jefferson's face. Someone in his entourage gave him a violin, and he played a duet with Ecnirp.

And it didn't stop there. 'Do you know anything by Mozart?' Jefferson asked. Ecnirp obliged with 'Dalla sua pace',' a song from Don Giovanni,which his father had made him attend a performance of.

'I am very impressed with your kingdom,' Jefferson told the king at the end of his visit. 'I have great hope for friendship between our two countries.'

And with those words he was out of the room, and Ecnirp the backward prince seemed ten feet tall.