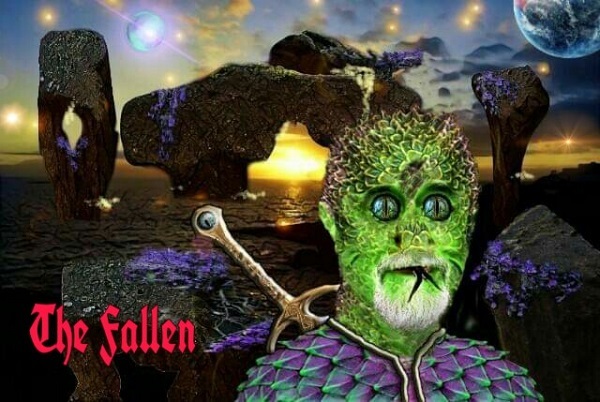 Very few of us, and fewer by the day, remember the night the stars fell.

The knot tightened, protecting itself against the unknown, keen for the Twins to bring light and warmth and normality.

But all that was normal ended with the dawns that day.

The knot cried out in anguish as the fallen stars unleashed indescribable horrors upon our kind.

Strange, new gods, were amongst us. And they were savage in their Glory.

The knots perished in godfire.

Thousands were lost to the Fallen.

The gods moved amongst us, untouchable and uncaring. Raping our lands and feeding their fires. More knots perished.

Some chose to worship, give themselves to the divine fire, others tried to flee the flames, but suffered the same end.

Fewer of us, barely half the souls in an average knot, chose to defy the gods, knot together to fight the Fallen, defend the race.

The Twins have died and been reborn a thousand times. We who remain, we who resist, we who refuse to accept the Fallen as gods, are now pitifully few.

But we have made a stand. Have, indeed, slain five of the unslayable.

This day we will make our final stand. Half of one knot against the two remaining Fallen.

The Fallen gods stand, unnatural upon two legs, holding their fearsome staffs, the Twins warm the Lonely Sea, as we bare our fangs, and spit venom against heavenly fire.