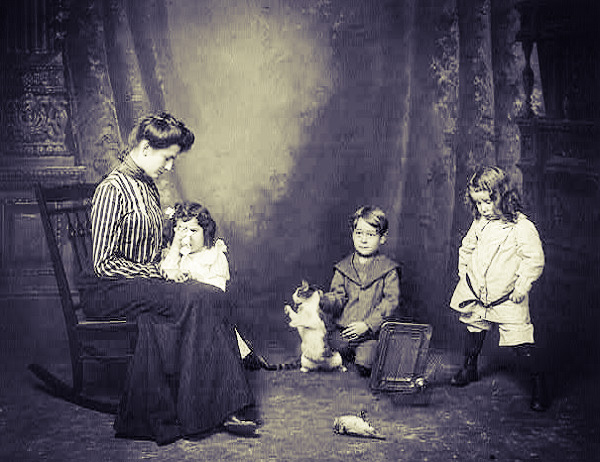 When I look into my dog's eyes, I see simplicity, honesty, perfection and love. Sadly, I cannot see that in adult human eyes, but the glimmer exists in children's, before adults knock it out of them and they become the conniving, dishonest, frightened beings we recognise as neurotypical human beings.

We only have one dog left now – Jack the lad, Jack in the box, Jack of hearts. He is growing older and more arthritic with time. He is also imitating our last old dog Midge, which fought its way back from a stroke to full health (lopsided head, with left bias, to fully upright again) before succumbing to the inability to gain sustenance from any food, through suffering perpetual diarrhoea.


Holly, the old Labrador we had before her, was full of joy but they didn't get on. One night, shortly after we obtained Midge, she panicked, bumped into Holly and bit off part of her ear. After this incident Holly was badly shaken and within a short period of time developed diabetes.

Me and my wife's first pet together was Corrie. She had taken possession of her as a puppy and met me in her twilight years. She instantly recognised me as a fellow traveller through life and we got on well from that instant. If we hadn't got on well as my wife pointed, that would have been me out the door, not her. When she eventually passed away, we were both by her side. She looked from left to right, making sure we were both situated near her and died shortly after midnight.

We had looked after a friend's dog, when she went off on courses, at a period after this. Eventually she said that we might as well keep Ludi as she was with us more than her anyway. Shortly after this we also acquired Holly, although our original intention was to get only one new dog.

We got Holly from a friend of my wife's. We picked her because she picked us, coming straight up to me when we viewed the batch of puppies. On the way home, she started off on my lap, venturing up to my shoulders then onto the parcel shelf at the back of the car. The first few nights she slept on my head like a wig or under the covers with her rear end sticking out.

Her and that bed. She was only aggressive twice and that was when my wife tried to move her position. She was like a typewriter carriage. Every time you turned over in bed, she lumped up against your body in the new place, until eventually you found yourself on the edge or with the duvet totally off you. If you tried to move her, she growled in displeasure. My tactic was always to get out of bed and move to the other side but not Margaret's.

Ludi died of a haemorrhage when we lived in Thurso. She had run like the wind, chasing deer and rabbits. If we ever lost her, she never lost us. She would calmly turn up at our house house, while we were out, frantically searching for her, in the last place she was seen. She ate dead rabbits that were so mouldy, she would end up bringing them back up, ears and feet mostly. Finally she became so arthritic that she struggled to walk, let alone run.

Holly became ill when we moved to our present location. Years of injuries and general wear and tear dragged her down. During her youth, she had run across the road and furniture lorry had hit her, dislocating one of her back legs. In her old age the joint became swollen and slowed down her pace. She developed bladder stones on top of this, which meant she had to go on a special diet. This necessitated me having to walk her round the village in the early hours of the morning as well, in an attempt to dislodge them enough, so that she could urinate but this didn't always work. Come the dawn though, she relaxed at the thought that she had survived another night and the liquid flowed out onto the carpet.

This was not the end of her woes though. She had diabetes which led to daily injections by me and her slowly going blind and deaf. I had to sleep downstairs for the last year of her life as she could no longer get up the stairs. When the vet came to put her to sleep, he wanted to give her the fatal injection in the kitchen but she dug her heels in. I told him it didn't matter as she had already messed on the carpet enough that we were going to have to replace it anyway, after she was gone. We also had Jack at that time and I shut him in the garage out of the way. He and Holly were best friends, so he took her departure very hard, howling in such a mournful way in the garage, I felt guilty about putting her down for years afterwards.

A few months before Holly developed diabetes, we acquired Midge. She didn't get on with Holly and shortly after we got her, she accidentally bumped into her in the middle of the night and bit off a piece of her ear. The vet turned it into a cauliflower, which meant all feeling left it. Another violent incident led to Midge ripping the dead ear from top to bottom, requiring the vet to staple it back together. Holly however was ecstatic as she had won the fight with her old adversary because she felt no pain, when Midge attacked her.

Midge was a severely traumatised dog and even after Holly died, she attacked Jack for no good reason. She was old when we got her and because of this it wasn't long before she too couldn't make the stairs. Once again I spent several months sleeping downstairs, while Jack went upstairs with my wife.

I was brought up with cats but my wife was allergic to them. My first cat when I lived at home, was a white-haired kitten. It was accidentally killed when a draught from the back door, slammed the front door on it. My mother frantically rushed around the neighbours, trying to find a replacement before I came home. When I arrived back from school, apparently my first remark was "My, Whitey has grown since I left this morning!"

The next pet we had was a ginger cat. She gave birth to several kittens before dying. We kept her last three – a ginger tom, a white tom and a multi-coloured female. The ginger tom got shut in a neighbour's shed and was found dead a few days later. He had an ulcer on his neck that we treated with a green cream that the vet gave us. It shrunk down to the size of a sixpence but always flared up again. His brother succumbed to the same problem, when I was away at college. Male cats always get into fights, so it is not an uncommon for them to end up with this injury.

My father dug a grave for ginger and found a shoe box to act as a coffin. My brother painted a wooden headstone and I spent a night time vigil, kneeling by the place my pet was buried. I had bought an illustrated candle, which burnt down the inside and as it did this it illuminated the picture on the outside.

Visiting Norwich, a market trader talked me into buying a budgie. Unfortunately my mother got fed up with Spoot splashing bird seed all over the carpet and so he was banished to the small room by the stairs, where he became neglected and sadly died. Yes, I felt guilty about this and still do.

The only other pets we had were goldfish, which we got when I was very young. I tried to bury them in the garden, to see if they could swim through the soil as well as they did in water. Luckily my mother caught me and saved them. She bought exotic fish that were kept in a tank. Eventually they all died from a fungal disease called white spot.