The Zombie Diaries or 'We're Sorry for Your Loss' 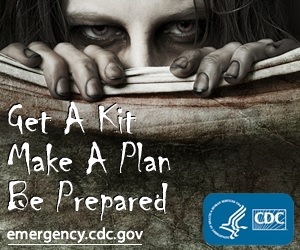 When I died, I never realized how much it would change my life. I don't miss the sex. I look down and think easy come, easy go. Food though, that's different. I can't taste anything, anymore but I have this indescribable yearning for warm, living flesh. Once upon a time it was fine wines, delicate flavours. What did these things taste like I will never know. I can't remember anything much about my previous existence, especially with regards to the basic senses. Everything about my life is so vague, so unreal nowadays. It's good losing all those memories. I no longer feel the pain of the past. All the emotional hurt I caused, lost in a fog of indifference. I don't feel in the other way either. I was hit by a speeding car, driven by a crazed driver, eager to get away from me. I just picked myself up, dusted myself down and walked off like nothing had happened. This road rage incident would normally have had me hospitalised. Why the panic, I wondered? He could have run faster than me any day. In fact, he could have walked faster as well: We can only catch others when we hunt in packs or catch them unawares (asleep, eating, in the toilet, panicking to get out of a door or a window and fumbling at the latch or handle).

Life makes no 'scents' to me anymore. I hear werewolves are the opposite. Smell is heightened but not in my case. I may stink because I'm composed of decomposing flesh but I can't tell (Even your best friends won't tell you). Rotten sense of taste, smell, touch – can't see or hear well either. I'm rotten all round.

The only thing I can sense is warmth. I suppose that's because I'm 'dead' cold...heartless even or at least dead beat. Shuffling along city streets or country roads, all I see are my dead brothers and sisters, shuffling along just as pointlessly. Is there no hope left for Man? Are we the remnants of a despairing God? Can this be humanity's fate – more of us, less of them? We hate the living for what they have because we don't have it anymore. They live and breathe in their rarity, while we suffocate in our monstrous numbers. We starve in our limitations and drown in our abundant nothingness. Empty of promise, we have no future. Our children won't follow us except into oblivion. We rot in our empty shells of yesterday as though today meant something (It doesn't). What is there to say? Nothing. What is there to do? Likewise nothing. So instead of living meaningful lives, we die in meaningless ones instead. The ground could not hold us because we bored it to death. Slow moving? Slow thinking too. We are in no rush to get anywhere, do anything. We are the ultimate in laid back. Who set the alarm that got us up, I wonder? Where are we going? nowhere. What are we doing? Nothing in particular. We are the inheritors of a dead kingdom – the land of the hippies. Oh God, am I still here, still alive in this dead body? Is there no release from this wasted, wasted life....

I'm so exhausted. I wish I could sleep but that's a luxury reserved for the living. Even vampires sleep but then they're not properly alive either are they? Oh the delicate actions I used to perform, like lifting up a fork. If I tried that now, I'd knock the table flying. I suppose that I don't sleep because I don't run off off my excess energy (As I don't have any, how can I?). We're stuck in limbo as a race – always present but never really here, never really aware. I grunt and groan at every movement. I growl at the dogs that try to pull me down or run off with various body parts. Stairs? I hate stairs! Even Daleks never had the problem I have with them. You corner a human, go all the way up to the landing and they've jumped out the window by the time you've reached them. Still it's not always bad news. Sometimes we stumble all the way back down again, to find them lying outside, unconscious or staggering away with a broken leg: Oh goody, equal footing! It's a bit like fishing but we don't have any bait, although I do remember a particularly smart guy for a zombie, who went from supermarket to supermarket, for his weekly shop. Well weekly might be too short a time span to describe his hunting patterns. We are like reptiles. We don't need to eat daily – just every now and again. That grumbling in my tummy for instance is the late Reverend Jenkins. It's funny to think I dined on him last night, rather than with him as I used to do on the odd occasion.

Inner life? I don't have an inner life. My attention span has gone, so books are out of the question – besides I can't turn individual pages (as I say, delicate movement has gone). I remember some poor guy trying to imitate someone reading. The book fell to bits in his hands. It was almost as funny as this zombie trying to have sex with another zombie (a half-remembered activity from another time – like a child trying to act like an adult and failing miserably or a monkey mimicking a human). The strangest part was the zombie woman, who first of all ignored his advances, then tried to push him off as she got on with eating a passing stranger. Then a light of recognition seemed to flicker inside her as she realized what he was trying to do. She turned towards him, took his face in her hands and bit him. He soon got the message as much as if they were a live couple – not tonight darling, I'm dining out with friends.