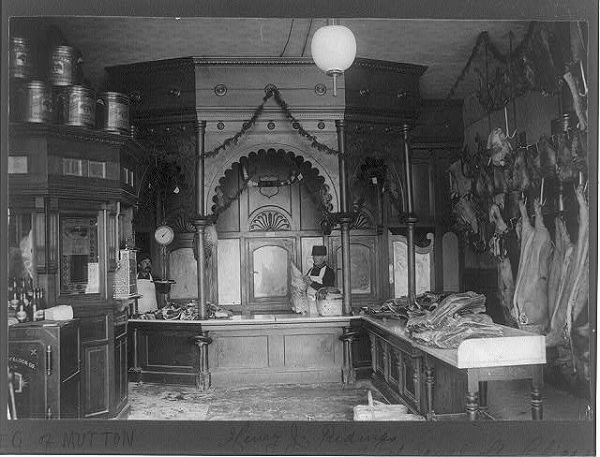 They had travelled so far across the universe that a great hunger and thirst for something real to eat and drink had enveloped them, like nothing on Earth. Countless eons, eating nothing but pills and synthetic slop, had made them as a race, long for anything to break the monotony. Then they sighted the planet and saw that it had abundant plant and animal life on it.

They landed and and feasted on all the delights of the senses that these millennia of space travel had denied them. They breathed in fresh air and tasted the many subtle particles, buoyed up by this collection of gases. They felt the textures of rock, soil and sand beneath their feet. Their hands ran through the cool water and grass. They looked at all the colours and interplays of light – the reds, the browns, the greens... They listened to the myriad of sounds around them; then the killing began.

They cleared the land for their habitation – chopping down trees, burning down bushes and grass. Destroying any creature, too slow to move out of the way in time or too inquisitive, to keep out of the way.

They could breathe the atmosphere with little trouble. As they discovered, most water could be safely drunk or filtered from the sea. Swampy water carried all kinds of poisonous micro-organisms or toxins.

There was a frenzy for fresh meat, fruit and vegetables from the civilian population, once released upon the planet. Many died or were made seriously ill initially because not all plants were safe to eat and some of the animals were poisonous or fought back, too. The government, which consisted of the ruling council from the armada, restricted the worst excesses of this feeding frenzy, while the scientists checked out what was safe to eat and what was not.

Many hundreds of years passed and vast tracts of land on the various continents, were cleared. Deserts were made to artificially bloom. Jungle was turned into grassland and vast herds of animals were domesticated. Within a few hundred years the planet was conquered...

'Morning neighbour – where are you off to?'

'The Butchers. Fancied a a side of beef and maybe a bit of loin. Yourself?'

'You know me, I'm a vegetarian. Can't stand anything sentient suffering.'

'How do you know they suffer – they're only bits of meat, fit for nothing but eating.'

'Well that's your opinion – mine is different.'

With that the pair parted company – Sammo, to the butchery department of his local store and Denko to maintaining his garden, saying to himself 'You don't eat kith and kin.'

In he walked, proudly waiting for his turn to order.

'I'll have some of that. One of those and can I have a hand?'

'Just one?' asked the butcher behind the counter. 'They're on special this week – two for the price of one.'

'White please. I find the others tend to be a bit salty for my taste.'

'Hot countries bring it to the surface. This one okay?'

'Do you want me to pull the nails out?'

'Yes please. The wife doesn't like doing it for some reason.'

'Most people are the same.'

And with that he ripped them out, with the alien equivalent of pliers.

You should hear them squeal when they do that at the piggery. Personally, I think it's cruel but the farmer says it's necessary as it stops them fighting and gouging each others' eyes out – and you know what delicacies eyeballs are, don't you?'

Sammo paid the credits in the usual manner and walked happily home. The chopped-up thighs would do for the weekend barbecue but the pickled fingers and palm would do for his work lunch. The rest would go in the freezer.

'Fancy Denko missing out on such treats?' He thought to himself.