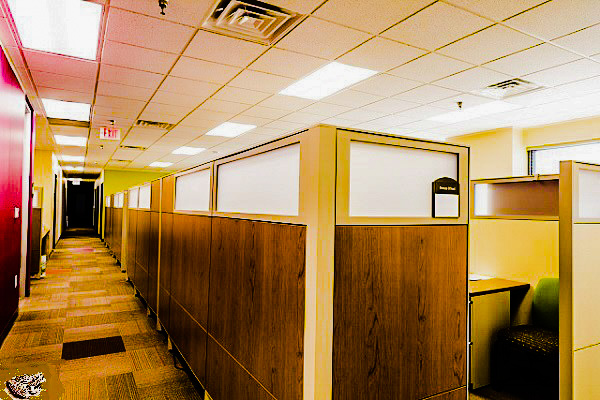 I'm sort of an odd-job type. I've done a lot of things. I'm the kind of occasional labourer people hire when they've got a construction project going. Only I don't use hammer and nails. It's all brain stuff – teaching, translating, writing, a little radio work, making music. The weights I lift are usually of the mental variety.

Once, I worked at a museum for about six weeks. They were behind on their grant project, and they needed somebody who could proofread the entries in the database catalogue they were building, which was in Hebrew, Yiddish, and several other languages. I got them in under the wire, and they paid me with an honorarium out of the grant. It's the intellectual equivalent of pouring concrete for the new stadium, but I enjoy doing it.

I really identify with that song from the Stephen Schwartz/James Taylor musical, Working. The one that goes, 'See that building…look how the door hangs in the frame…' Like they said, everyone should have something to point to. Maybe it's a Guide Entry. Maybe it's a footnote somewhere. Somewhere, on an obscure shelf wherever they keep the volumes from the Ceausescu era, there's an issue of a Romanian folklore journal with a book review by me. I'm not sure that's what my professors meant by 'contributing to the Body of Knowledge', but it's what I do.

The longest job I ever had that paid money (I think I've been editing the h2g2 Post for longer) was in the translation office of a major academic reference work. The reference volumes were published in hard copy from the Sixties on, when the genius founder of this enterprise combined his library degree with a deep and abiding friendship with the Rolling Stones. In other words, people with graduate degrees in obscure subjects sat at desks indexing, while Dr X and his rock musician buddies smoked pot in his office. The atmosphere must have been exhilarating.

By the time I got there, about thirty years later, you couldn't even smoke tobacco in the place, and the indices came in hardcopy still, but also on CD-ROM. The workplace was your standard-issue boring cube farm ambiance. The enterprise had been taken over by a multinational corporation. The founder came in occasionally, but did his smoking at home.

The translation department was a holdover from the free-wheeling days, permitted to exist because of the impossibility of getting fast keyers to cope with the variety of mostly European languages found in humanities journals. We snickered at the errors in the social sciences address list: there was an address for a 'Doctor Zum Beispiel1'. Our cube farm had high walls, like all the other cube farms. But inside, the walls had been cut in half so that we could see one another, and shout out queries such as, 'Does anybody have a good translation for Entfremdungseffekt?' Also, we could see if our colleagues were busy, so that we could bother them with questions like, 'I know what this says. I've translated it. But what Scandinavian language is it in?' Our Scandinavian expert patiently explained how to tell the difference between Norwegian, Danish, and Swedish.

We told each other jokes as we went, sharing particularly bad translations. 'That supervisor thinks she knows Italian. She threw in a title that said, "This Butters No Parsnips", can you imagine?' Most of our punchlines involved understanding at least two languages and some random piece of arcane information. We were the ultimate geeks. No wonder the accountants, computer people, loading dock operators, and Human Resources managers didn't want to talk to us. We were weird.

Another form of cube farm humour involved that late-90s wonder, the motion-activated musical toy. Sam (art history specialist) started it with a rather large plastic frog. The frog would hide under an outside corner of our cube fortress. When an unwary coworker passed by, it would emit a startlingly deep-voiced 'Ribbit!' This was usually followed by a thump, as the coworker jumped against the fabric-covered wall in alarm. Not infrequently, the next sound we heard was 'Grow up, you people!' Unlike Pittsburgh, Philadelphia is not a particularly humorous place. I can't remember anyone outside the translation department telling me a joke or funny story in the whole time I lived in the City of Brotherly Love. I blame the Quakers.

Other motion-activated toys followed, kept within the department: little dancing dolls and such. The best one was at Christmas: a large table-top tree. The tree looked deceptively normal. When anyone walked past it, however, it sprang into action: a google-eyed face emerged from the greenery. The mouth moved as it lip-synched one of its repertoire of particularly cheesy holiday songs, like 'Santa Claus Is Coming to Town'. Great was the annoyance, and greater the glee of Maurice, the Biblical Hebrew scholar who'd bought the thing.

Not everybody hated the dancing toys. I had contributed what I considered to be an innocuous version: a potted flower that danced and played 'I can see clearly now, the rain has gone.' When we had a going-away party for our Spanish translator, who was headed to Florida with her army doctor husband, her little girl fell in love with the dancing flower. We gave it to her as a parting gift.

Soon, the rest of us would be going away, and nobody would throw us a party. One morning, we arrived at work to find a Säuberungsaktion underway. We were herded into a conference room and told that we had the next eight hours to clear out our stuff. Translation was being outsourced to Limerick, Ireland. Someone muttered, 'Lots of luck.' I thought, 'At least they'll know how to use the Irish dictionary.'

We spent the rest of the day in frenzied division of our reference books – you don't think the corporation bought those? – and packing away the toys. I still have some rather exotic dictionaries, including Lithuanian, as a souvenir of a pleasant sojourn. By the time our boxes were packed up, the cube farm was no more: the loading-dock guys had carted the dividers away. Where our tiny kingdom had been, the lone and level carpet stretched far away.

I never saw them all together again. The older ones retired. Two were dead within the year, one of a stress-related disorder. One colleague published her first novel in a successful writing career. I went out and bought my first laptop, and joined h2g2 a month later. More jobs and moves have followed. Time keeps us on the go.

The records are kept

The office is run

The coffee is sold

The digging was done

The building was built

For all eyes to see

Stephen Schwartz, 'Something to Point To'

I just wish, when they opened the book, it would say, 'Ribbit'.

1German for 'for example'.