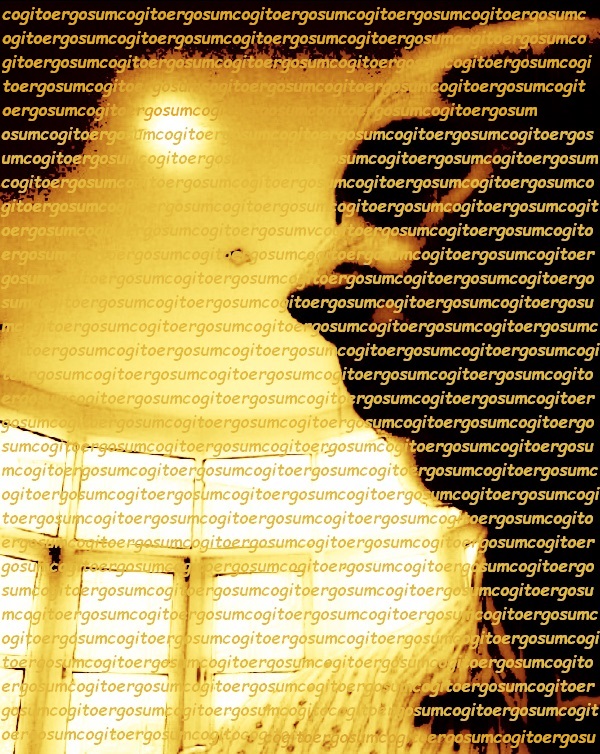 The man stepped out of the bustle of the street and into an airy café, which seemed peaceful by comparison with the elbowing outside. He chose a table by the overambitious bay window and placed his book in front of him on the scarred wooden table. Crowds were better endured through old glass. He ordered some sort of semi-pronounceable coffee and when it came, wondered who could have imagined such a beverage.

He tried to read, but the book he'd been carrying around for days tested his faith. It could only be believed in increments. So after three paragraphs, he closed his eyes and listened to other people's conversations. It was a talent he had.

'Way back when, my friend Vic disappeared with nothing but a copy of the Upanishads in his back pocket. Some say he went to jail, some say he died. I remember him talking about the Upanishads. He said they answered a lot of questions.'

Or questioned a lot of answers, he thought.

'That scuff mark on the wall by the window looks just like a landscape silhouette. Do you remember the park with the gazebo in the village of LaMartine? It looked just like that from the lane that ran past the library.'

I have no home.

He let the coffee get cold. It didn't taste any better that way, so he left a tip – also the book, which wasn't getting any more believable. Perhaps a seeking reader would find it more interesting than the Upanishads. Smiling vaguely in the direction of the conversing coffee drinkers, he left, unconsciously taking a deep breath before plunging into the flow of foot traffic on the High Street.

Some time later, on the edge of town, the man stood in a meadow. To his left was the lake: placid, sunlit. A few smug ducks quacked to themselves in obvious satisfaction with the water quality. To his right stretched a wood: just as inviting. Tall trees, pleasant green gloom. He took off his coat and dropped it to the ground. He began running straight ahead, still undecided.

A cyclist on the bike path said he saw a fish jump above the lake's surface. No one believed him. A lady in a flowered hat, eating her sandwich on a nearby park bench, swore she saw a swift rise high in the sky over the trees. Unusual for this time of year, she thought.

By sleeping with half of its brain at a time, the swift lives a perpetually aerial life, coming down only for a short period each year to breed.