Land of Soap and Glory: A Tourist Adventure, as Told to Suzie Q Ferguson 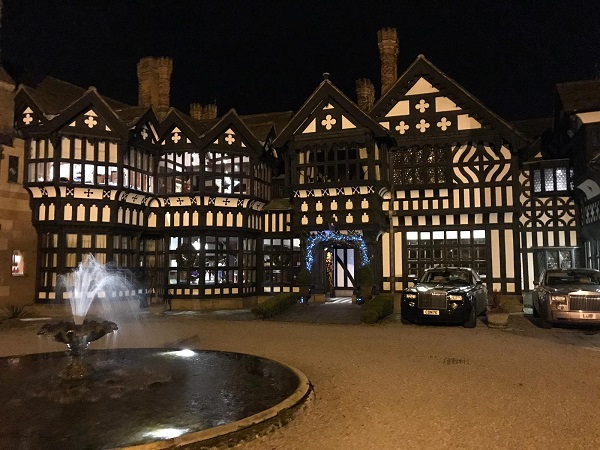 My wife and I went for a belated celebratory meal last night, nineteenth wedding anniversary, very nice, too.

The building, (and this is the interesting bit, Suzy Q), it was built in 1891 by one of Wirral's soap magnates, but sold to another soap whizz kid some thirty years later.

Nothing too interesting in posh estates being flogged between bubbly tycoons back then, but the new owner decided he loved the hall but preferred a different location.

So, being so soapily loaded, he had the entire stately home dismantled brick by brick, timber by timber, and relocated some whole four miles up the road and rebuilt on his new bit of land!

Where there's muck there's brass, as they say!