Security – Home and Away! 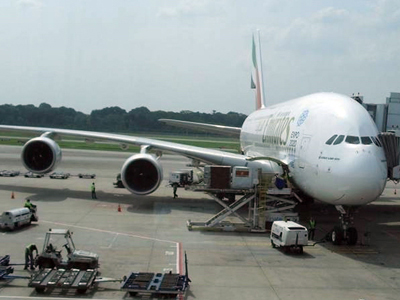 During in the early 1980's, I and two friends set out for a trip of a lifetime, a holiday to Los Angeles in America.

This was at the time when 'cheap' holidays were about in England to Florida (also in America.

(I'll not go into 'politics' why all of a sudden 'cheap' holidays to Florida hit the U.K at that time.)

So! The three of us went down to London (as Yorkshiremen, we went as missionaries to teach the TRUE faith t'southerners .

Anyway! Moving on, at a London airport, going through departure area etc, we were moving through the 'metal detector frame set up' as at this time, 'we' as a country were having a touch of terrorist-type activities going on around the country over the years.

One of my friends passed through it and no problem, I then walked through it and a alarm sounded (I knew this would happen! And to what would happen next custom security appeared and I was asked to remove my watch, I did! Passed through the scanner again, Bleep! once more – can you remove your belt/buckle, I did! Scanner again, Bleep! My two mates had grins on their faces that would have matched the Cheshire Cat in Alice through the looking glass.

It looked like the customs blokes had run out of stuff for me to remove (metal-wise that is) So I said to them – look! I will walk through this scanner naked if you wish BUT! I'll still cause the thing to bleep! On their puzzled expressions I explained that I had a surgical steel rod inserted in the base of my spine in an operation I had in 1967.

I was now asked to accompany them to a closed off area and went behind a screen, where a handheld body scanner was used and yep! On reaching the base of my spine – bleep!

To cut a long story short as they say, we had a brilliant 2 weeks holiday. I had loads of laughs along the way, with some various 'events' that cropped up along the way. One that could have resulted in personal 'injury' in a cafe/diner.

But hey! I'm a Yorkshireman! We just do what comes naturally to us, we speak our mind, bugger the consequences eh! lol...

Firstly I hid behind a large plant in the hotel, my thought was – the bus goes to the airport and I get left behind. I get another few days or so in Los Angeles while the British Consulate arrange to get me home – someone 'shopped me up' before the bus left

So! arriving at the airport and making our way to the airport checkout – 'they' had scanners. but as America at this time not had the amount of 'activities' as we had/ were having, their scanners were just 4ins x 2ins wood frames to hold the wires stapled around them and a rubber mat on the floor to cover the wires there.

Anyway, as one of my friends passed through, while his baggage was going through another scanner and then it set the alarm off! Wow! In 2 sec's we were 'surrounded' by 3 heavily armed security guys, my friend had bought a 'Lone Star' toy cowboy holster and two cap guns for his nephew back home and they had shown on the scanner.

After explaining what they were etc he had to fill out and sign a large form of a few good pages and the guns/holster would be loaded into the hold area of the plane, not allowed to have them in the passenger part.

I pass through the scanner, YOU guessed it, 3 secs and armed guards enclose us again! (Keeps em' fit.)

Disabilities can be of use sometimes especially when you live for humour – no holds barred, to raise a smile and a laugh….