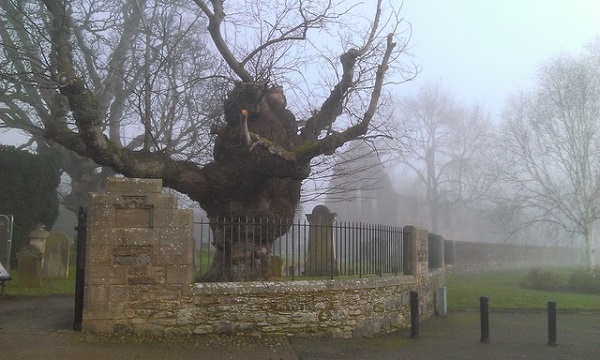 The next day he was at the station again as usual. No sign of the strange being this time.

Suddenly a voice popped into his head.

He looked around, agitated but no-one was close enough to have said anything to him that loudly, without others hearing.

'No, you're not imagining things. I'm really here and speaking to you, mind to mind.'

'Who are you? How do I know this isn't all happening in my head?'

'Look at the man to your immediate right – the one talking to the pretty girl on his left.'

With that Jack turned his head slightly, to get a better view but without being obviously intrusive. The couple were laughing at the man's animated conversation, when suddenly stopped in mid-sentence.

He didn't answer but looked furtively about the platform, his body still as ice. Like a rabbit eyed by a fox, he froze on the spot.

'I can do that because he doesn't know me. I've played that trick on other regulars, but couldn't do it with them again for this reason. They've become acclimatized, should we say.

About my visit last night. When we do this, that is my kind, ordinary people think it is The Devil or demons – incubus, succubus, vampires, ghosts or what have you. They do not understand, so they invent names and roles for us that really have little relevance to what we are. Their fevered imaginations must supply an answer, so that they feel in control and not victims of a power greater than their own. Tragic. Nowadays we even get mistaken for aliens – they exist but again the feeble urge to create an answer comes into play – they don't know, so make up explanations. We are sorcerers, magicians, shamen. We are immortal outsiders, looking in on the boring world of the mundane. The wallowing in materialism and petty, selfish means to ends, disgusts us. Don't get me wrong – once we were like them but have moved on, grown up, abandoned childhood and we would like you to join us and do the same.

You are already hypersensitive and aware. This is the first step. Like waking out of a dream, you will discover who you truly are. Your allergies, migraines and seeing things your peers cannot, should have told you that you were different and didn't really fit in here. The flying saucer you saw in your youth that your friends couldn't or else interpreted as a star, plane or something else mundane, should have told you that. They didn't want to know something greater than themselves existed and defended themselves against it, to protect their tiny egos from being shattered – you didn't. You embraced it whole hog. The incident your father never told you about, where he too saw a UFO by the quarry edge, disregarding the voice in his head trying to tell him it was shed. Like you he could see and now it's time for you to join us.'

'That is your choice. The addictive lifestyle these mere mortals have, will stay yours, too, as will all the niggling intolerances and prejudices that drive this world. These are sheep, hooked on effects – is that what you wish for yourself?

I, we, offer you space and time, not herded cattle flocking together in fear of the night. You will be alone – even I will only be with you occasionally. You will no longer feel lonely in a crowd but powerful, strong, yourself – no longer panicked into reacting to an imagined threat. My will could make one of these ants walk off the platform, into the face of an incoming train. They can make us do nothing because they refuse to even acknowledge our existence. I'm invisible – I don't exist to them, except in nightmares and as the voice of conscience in their heads which they ignore or struggle against, driving themselves insane. We are aligned with the will of the universe – they are not.'

The voice stopped. Silence fell into the mind of Jack. He looked around and saw the dark figure again – this time not on the platform opposite but behind him on the stairs. The shape beckoned and Jack followed him into another world, another dimension outside normal time and space.

His last thought was, would anybody notice the difference? (They didn't).