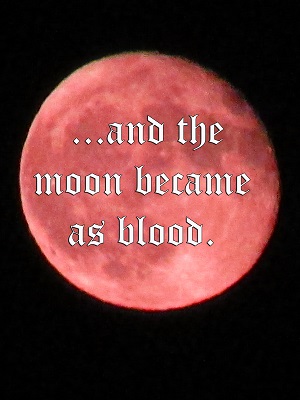 Throwing the remote onto the stack of newspapers, John struggled up out of his armchair and shuffled into the small kitchen to make a cup of tea.

Shaking his head as the kettle boiled, water almost as hot as his temper. Did these fools have nothing better to write?

Every time, newspapers and TV, the same rubbish.

Heatwave – End of the World.

Freak rainstorms – End of the World.

Snow in Winter – End of the World.

But the thing that boiled his blood most was these religious nuts and astronomical prophecies.

Comets? How many times had he seen doom and gloom headlines about comets?

That was another bugbear, some rich yank, buying himself an election from under the noses of career politicians, promising working folk a better life, preaching to the masses – must be the antichrist!

Little Horn, Lucifer, Satan, the establishment and scaremongers going back to type and scaring the masses with hell and damnation if they even tried to change the status quo.

Scriptures bent and poked to fit modern day Empires, God's word predicting the Father of Lies with a fake tan and a comb-over!

How folk could fall for this guff for hundreds of years was beyond him?

He'd wanted to check the best times to photograph the latest celestial show and guess what? Yup, pages and pages of prophecies, links to conspiracy websites, seers and preachers warning that tonight would be the Last Night!

All the old rubbish, Christian, Jewish, Muslim, Hindu, Aztec, myths designed to scare non- believers into behaving themselves and funding the zealots. 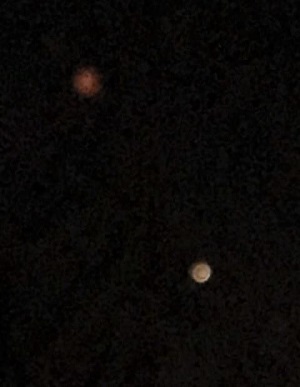 How could so many millions of people, throughout time fall for such tripe?

Planets would still be turning, the sun would shine and would not be black as sack cloth nor the moon become as blood. Trump, Putin and Kim wouldn't actually turn out to be the Unholy Trinity.

Tomorrow there would be excuses, not one shred of embarrassment, just recalculations, so, more threats and warnings of the Next Final End. Honestly.

Shaking his head at his trusty old tripod, clouds had ruined any chance of a decent photoshoot, couldn't even see the Moon and Mars, never-mind snapping the End.

Sleep refused to come. The night still and quiet.

Thoughts irritated, people's stupidity annoyed. Fools being duped by con men and priests – not that there was a difference – made his heart thump in anger.

Self-satisfied smile on his face when the dawn fought its way through the curtains, End of Days my arse!

John finally closed his eyes, pleased the World had proved him right. Again.

Five hours later, John's son rang the ambulance, knowing it was too late.