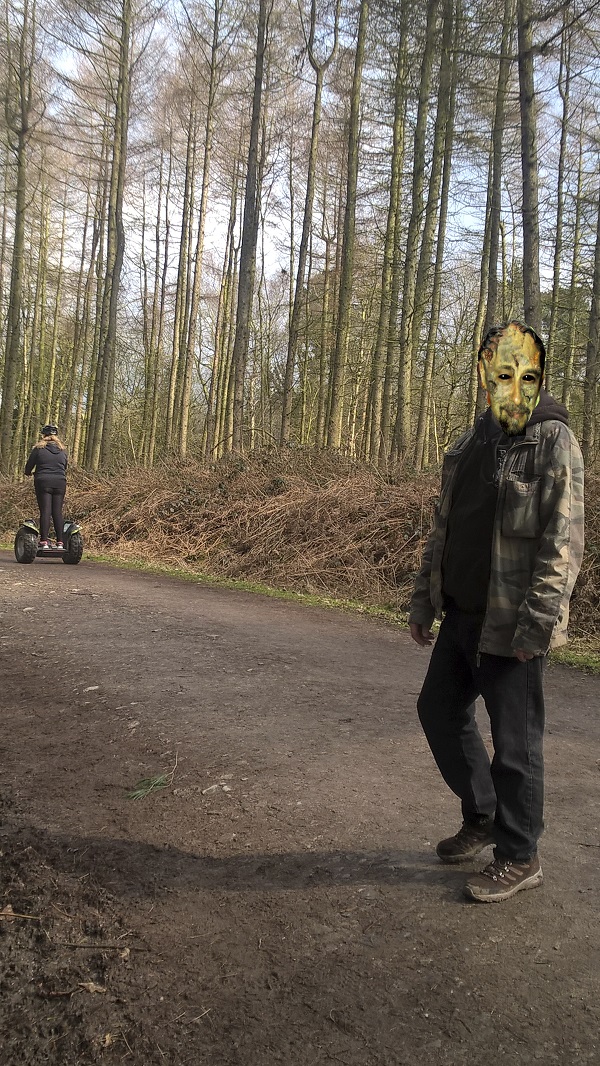 When it first started, the authorities didn't know what to do with these shambling, mindless
automatons, so they gathered them together and put them in what they euphemistically called
'homes.' As time went by they began to outnumber and overrun the general population. The world filled with their kind and humankind found itself fighting a losing battle. They filled the streets, then whole towns and cities – even the countryside eventually wasn't safe. All they did, day and night, was wander aimlessly around as grim parodies of their former selves. They knew that they used to be something, do something and yearned to remember what but could now only reflect a shallow version of that life, in a pitiful imitation. Like children trying to act like adults, they wandered through streets and towns in a horrific dumb show of what it meant to be human.

Within a few years they swamped humanity, like some vast tidal wave of imbecility. The military of course thought bombing them to hell would reduce their numbers and when that didn't work, they tried the nuclear option and found that backfired: They fried hundreds of thousands of them, but their own populations of normal people got sick and died from radiation poisoning worldwide; joining the ranks of living dead and replacing their numbers in droves. The scientists tried this, then that and eventually gave up after making no headway. The politicians of course talked the hind legs off a donkey and made no difference either (surprise, surprise).

Eventually it became like a scene from the film of HG Wells's 'Time Machine,' only with The Eloi retreating to the caves and barricading themselves in for protection and the monsters surrounding them night and day.

We helped them as best as we could. They were in our domain now and shocked into silence, like the humans in 'Planet of The Apes' – their pride shattered. They are our cattle and we tend them as best as we can. We put them out to pasture during the day, to eat whatever humans eat and take them back in at night, so we can feed off them. They are our breeding stock. How ironic to think that they hunted us to near extinction and now here we are – their saviours, rescuing them from being wiped out by the new dominant force on the Earth. So, you didn't need us and now you do! Life turns full circle. Like Masai warriors, we just take the blood – for the blood is the life and we'll survive in this symbiotic relationship, forever more. I'd stake my life on it.