Up the Stream of Consciousness Without a Paddle 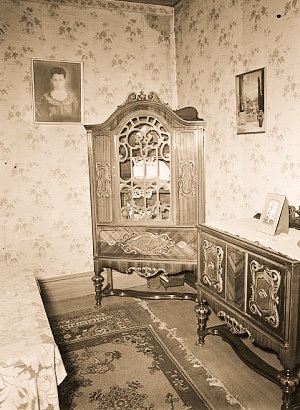 This month's theme is 'underground', which led Your Editor to this work of literature from 1919, d'you see, called The Tunnel, in the hopes that it would turn out to be an exciting tale of escape during the First World War. Or a science fiction account of experimental digging and what the geologists found in the Marianas Trench. No such luck. Dorothy M Richardson turned out to be a member of the dreaded Bloomsbury Group. The Tunnel is only one in a series of stream-of-consciousness novels collectively called Pilgrimage. According to the erudite Wikipedia, 'The first few of her novels books [sic, it is Wikipedia] "were received with rapturous enthusiasm and occasional confusion" [no citation supplied]' Whoever was rapturously enthusiastic about this stuff early on apparently got enough of it: by the late 1930s, readers stayed away.

Where this pilgrimage was headed, and whether Ms Richardson ever got there, I neither know nor care. A few paragraphs of her writing are mind-numbing. After two chapters, one loses the will to live. Richardson's work should carry a warning label about not operating heavy machinery under its influence.

Oh: it's a roman a clef, supposedly. If you can figure out any juicy titbits from this, be my guest. One more exciting bit of gossip: Dorothy M Richardson was married to artist Alan Odle. Odle was an illustrator, and he's Terry Gilliam's favourite artist. Odle refused to cut his hair – not in itself weird, we add. But he wore it wound around his head, which was sort of picturesque. Not since the Spasmodic Poets had England come up with such an….English group of artistic types….

Here's an excerpt from The Tunnel. You have been warned.

MIRIAM paused with her heavy bag dragging at her arm. It was a disaster. But it was the last of Mornington Road1. To explain about it would be to bring Mornington Road here2.

"It doesn't matter now3" said Mrs. Bailey as she dropped her bag and fumbled for her purse.

"Oh, I'd better settle it at once or I shall forget about it. I'm so glad the things have come so soon,"

When Mrs. Bailey had taken the half-crown they stood smiling at each other. Mrs. Bailey looked exactly as she had done the first time. It was exactly the same; there was no disappointment. The light coming through the glass above the front door made her look more shabby and worn. Her hair was more metallic. But it was the same girlish figure and the same smile triumphing over the badly fitting teeth. Miriam felt like an inmate returning after an
absence. The smeariness of the marble-topped hall table did not offend her. She held herself in. It was better to begin as she meant to go on. Behind Mrs. Bailey the staircase was beckoning. There was something waiting upstairs that would be gone if she stayed talking to Mrs.
Bailey4.

Assuring Mrs. Bailey that she remembered the way to the room she started at last on the journey up the many flights of stairs5. The feeling of confidence that had come the first time she mounted them with Mrs. Bailey returned now. She could not remember noticing anything then but a large brown dinginess, one rich warm even tone everywhere in the
house; a sharp contrast to the cold harshly lit little bedroom in Mornington Road. The day was cold. But this house did not seem cold and when she rounded the first flight and Mrs. Bailey was out of sight the welcome of the place fell upon her. She knew it well, better than any place she had known in all her wanderings the faded umbers and browns of the stair carpet, the gloomy heights of wall, a patternless sheen where the staircase lights fell upon it and in the shadowed parts a blurred scrolling pattern in dull madder on a brown background6; the dark landings with lofty ceilings and high dark polished doors surmounted by classical reliefs in grimed plaster, the high staircase windows screened by long smoke grimed lace curtains. On the top landing the ceiling came down nearly level with the tops of the doors. The light from above made the little grained doors stare brightly. Patches of fresh brown and buff shone here and there in the threadbare linoleum7. The cracks of the flooring were filled with dust and dust lay along the rim of the skirting. Two large tin trunks standing one upon the other almost barred the passage way. It was like a landing in a small suburban lodging-house, a small silent afternoon brightness, shut in and smelling of dust. Silence flooded up from the lower darkness. The hall where she had stood with Mrs. Bailey was far away below and below that were basements deep in the earth8. The outside of the house with its first-floor balcony, the broad shallow flight of steps leading to the dark green front door, the little steep flight running sharply down into the railed area seemed as far away as yesterday9.

From above came the tap-tap of a door swinging gently in a breeze and behind the sound was a soft faint continuous murmur. She ran up the short twisting flight of bare stairs into a blaze of light. Would her room be a bright suburban bedroom? Had it been a dull day when she first called10? The skylight was blue and gold with light, its cracks threads of bright gold. Three little glaring yellow grained doors opened on to the small strip of uncovered dusty flooring; to the left the little box-loft, to the right the
empty garret behind her own and in front of her her [sic] own door ajar ; tapping in the breeze. The little brass knob rattled loosely in her hand and the hinge ran up the scale to a high squeak as she pushed open the door and down again as it closed behind her neatly with a light wooden
sound. The room was half dark shadow and half brilliant light.

She closed the door and stood just inside it looking at the room. It was smaller than her memory of it. When she had stood in the middle of the floor with Mrs. Bailey she had looked at nothing but Mrs. Bailey, waiting for the moment to ask about the rent. Coming upstairs she had felt the room was hers and barely glanced at it when Mrs. Bailey opened the door. From the moment of waiting on the stone steps outside the front door everything had opened to the movement of her impulse. She was surprised now at her familiarity with the detail of the room . . . that idea of visiting places in dreams. It was something more than that ... all the real part of your life has a real dream in it11; some of the real dream part of you coming true. You know in advance when you are really following your life12. These things are familiar because reality is here. Coming events cast light13. It is like dropping everything and walking backwards to something you know is there. However far you go out you come back. ... I am back now where I was before I began trying to do things like other people14. I left home to get here. None of those things can touch me here. They are mine. . . .

Editor's Note: Compared to this stuff, Proust is a thriller.

1Not Crescent, apparently.2And we wouldn't want to do that….3This isn't bad punctuation. It's a style. So we're leaving it alone.4That 'something' had better be an actual story. Heck, if it's a green-toothed, hairy monster, I'd say let's go for it….5How many? Three? 72? We want to know! There's little enough to pay attention to here.6We get it. The whole place is sort of….brown.7Quelle surprise.8For this story, that's practically a philosophical statement.9Pure poetry.10The suspense is killing us.11Oh, no. More philosophy.12You may know these things, lady….13Huh?14It must have been a strain.