Hind-Sights: A Look Back at Agricultural Scams

In the early 20th Century, more people were farmers. In the US, the majority were. Farmers had it hard: they were fighting economic pressures from banks, agribusinesses, and the railroads, who often cheated them by charging enormous shipping rates for their produce. Political organisations, known as granges, lobbied for the interests of farmers, who usually backed the Progressive Party or candidates with similar views. Local newspapers often specialised in providing information to farming communities.

One such newspaper, the Rural New Yorker, was based by its publisher, John J Dillon, on his own farming experience. Poor farmers couldn't afford to be cheated: their children went hungry. Dillon seems to have campaigned against scams, cheats, and unfair treatment of farmers. His book, Hindsights, or Looking Backward at Swindles, is an eye-opener. It catalogues a huge number of scams perpetrated on farmers at the turn of the last century. We can learn from this.

The book was published by the Rural Publishing Company of New York in 1911. These days, when we groan over genetically-modified food, and wonder if that 'organic' label means anything, and argue about EU standards and practices, we might just wish we had some of those old farmers back. I could go for a non-engineered tomato right about now. 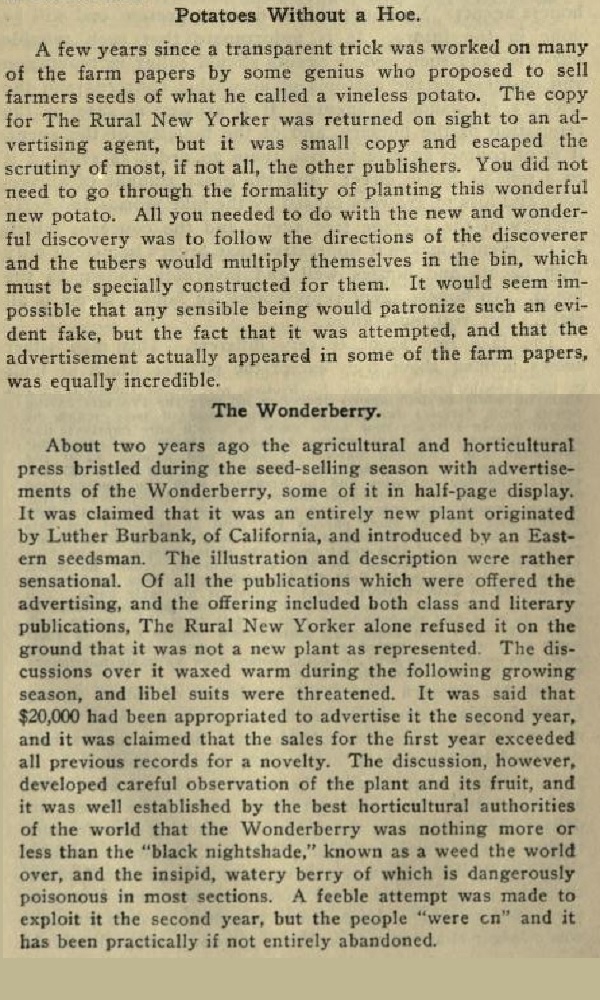