If Wishes Were Fishes: Choking on the Bones 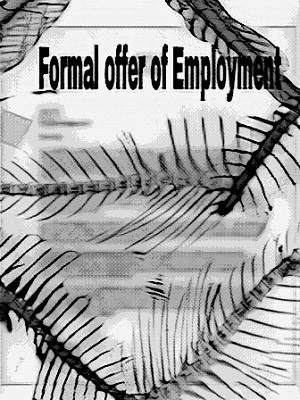 Sitting here bored on another slow nightshift, wishing I was at home, wishing I hadn't taken this bloody job on shifts.

Then, the 'but' – the job pays fairly well, there's no one trying to kill me for a change, and I get some free time during the week.

But still, sometimes I wonder, with golden hindsight, if I had the offer again now, would I take the same job?

A relatively easy work life, the odd niggle and moan, but a lot better than some jobs I've had. Then the fishes really started swimming!

There's probably a few places I'd point blank turn down in my past, saving myself countless injuries, removing myself from a timeline of danger and conflict, but what would the consequences be? The simple decision to choose a different path has me thinking.

If I hadn't worked in a mental hospital I would have saved myself a myriad of cuts, bruises and a shattered shoulder socket, but if I hadn't been there?

Countless (often violent) situations that others may not have dealt with as safely and effectively. At least three attempted suicides that, without me being first on the scene, could've ended tragically.

I would, obviously, not be aware of any of this, safe and sound in a 'normal' job, but lives potentially lost because of one small decision to decline that job. I'm sure other staff would've responded in the same way, but still, what if?

Even further back, another potentially dangerous job. I could've saved myself a lot of bike parts, a of of stress and a few broken fingers and a rib or two.

But I loved being a motorbike instructor, and the riders' messages I've had (and still get!) thanking me and telling of crashes avoided, injuries dodged, because of their training at my hands.

I'm sure other riding schools would've taught them similar, if not identical, skills, instilled the need to be observant, ride defensively.

I would be blissfully unaware in my 'normal' job, unaware of another fallen biker, maybe another life lost. But what if....?

One small omission, a different style of teaching, a lesson not learnt...another fledgling biker hurt or worse?

Then the decision to don a uniform, a different, 'normal' path would've saved me a hell of a lot of pain, emotional and physical. I would give anything not to have snapped my neck, spared my family and myself years of anguish and hardship on the slow road to recovery; but what if?

I think of all the lives I've touched, people protected, in some cases lives saved. Serious stuff. Very serious. Other people's safety in my hands. Life and death tours of duty.

Again I'm sure others would've taken my place, but people react differently, a moment's hesitation, a conflict unresolved, one decision differently made?

Again, ignorance would be bliss. A 'normal' life without ever knowing danger, conflict and violence. Knowledge of the dark side of life confined to television dramas and action films.

We all touch so many other lives, every decision forming links in a chain of events. Who knows how things would've turned out if we had broken that chain?

Sitting here, content, on another slow but 'normal' nightshift, wishes like fishes, but nowadays I'm just trying not to choke on the bones!