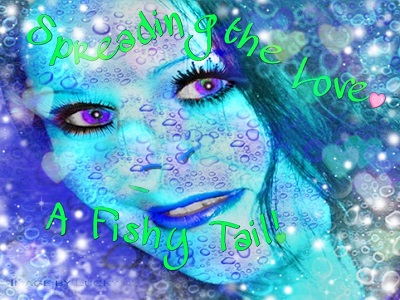 In the beginning there was Light.

"Ahem....want to rephrase that?" The Dark successfully retrieved yet another Kerplunk stick.

"So there is white and black photography? Yang and yin? Paul bleeding McCartney crooning about Ivory and Ebony? May I remind you of that lovely song from Highlander?"

"Who wants to live forever?" Another four marbles tumbled out through the plastic web.

"Ok, Ho bloody Ho....right, in the beginning there was the Light and the erm, Dark?"

"Look love, even the Christians have it in the right order, just admit it!"

"Alright...in the beginning there was the Dark, then the Light! Any better?"

"May I move onto Mermaids now?"

"Knock yourself out, love!"

Whether the black forked tongue, the James Bond pun or the next irritatingly clean Kerplunk stick annoyed the Light more, we shall never know.

"......leaving doubts as to who will be named the new coach for next season. Sally."

"Thanks, Naz." She turned expertly as the light illuminated on top of camera four, beaming her famous smile into the homes of millions with consummate professionalism,

"And finally, the police were called to a quiet fishing port near Hastings today. Not to deal with the normal smugglers or illegal immigrant landings," that smile again, "No, Officers had been called in response to something very fishy going on in the small coastal village!"

Cut to VTR scenes of several hundred locals apparently fighting each other on the grey shores, combatants rolling around on the wet beach, wrestling each other in the waves, police four by fours hurtling along the shoreline to quell the unexpected violence.

Cut back to studio, camera one, a look of shocked concern, then that trademark smile to reassure viewers something odd,not serious, would end their nightly news.

"In a statement made by Chief Inspector Mary Shelby, the disturbance was caused when several local fishermen got into a brawl over the morning catch. Several arrests for Public Order offences have been made and an investigation into why so many of the locals became involved is underway."

"Unconfirmed reports go on to state that amongst the normal fish and crab, the fishermen had unknowingly netted what appeared to be a mermaid! The Police spokesperson has so far failed to confirm or deny this rather fishy tail! Now with the weather, here's Helen. Goodnight from Naz and goodnight from me. Goodnight."

Pandemonium had broken out in the small police station at St. Leonard's. The normally quiet Sussex constabulary ill equipped to deal with dozens of very angry and very besotted fishermen.

For some they had come too late, six policemen and women had become involved in a rather unprofessional brawl in the charge room. All now joined the deafening banging on cell doors, shouting desperate pleas and declaring undying love for the singer.

D.C/I Shelby struggled with the mobile phone jammed into her ear defender.

"No Sir, it is still here. Isolation cell but still seems to be causing all kinds of trouble with that bloody song! Yes Sir, the team from Blue Reef Aquarium in .Hastings have just arrived to sort out transportation. Should be moving the, erm, moving the , well, erm...they should be out of here with it in half an hour. Then, thank the Lord we can get back to what passes for normal around here!"

She pulled the phone away, catching a heart churning line in the process, fighting the urge to run to her love, be with her love...thankfully heavy-duty foam insulated her again and she shivered, heartbroken in an instant.

Just up the coastline, two unassuming but very artistic ladies trudged along the pebble beach, brogues crunching on wet rocks and shells, already soaked in the unexpected downpour.

The hurried towards the aquarium, keen to get out of the still falling rain, desperate to take a few paracetamol for the toothache they had suddenly started to share.

"Spread a little love? Give the monkeys a little treat? How's that working out, sis?"

The Light grimaced at the smugly jeering Dark.

"Ok, maybe in this age, they're just not equipped to process their feelings anymore?"

"I believe, I really, truly believe that anyone with an ounce of romance, a shred of an artistic soul, would cringe as much as me at that!"

"Just wait 'til it gets to a phone, or better still the interwebs, 'Do you want light?' or ,'I love and justify you!' Brilliant....Spread the Love! Couldn't have done better myself! I believe, I really truly believe that your 'little treat' is about to turn ugly, sis!"