Can you think of a snappy caption for this odd picture? Of course you can. You're a h2g2 Researcher. 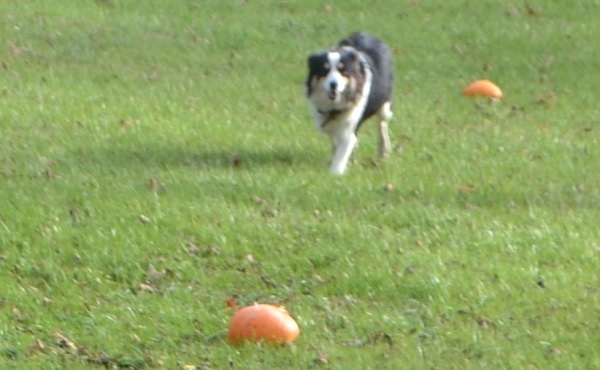 The Hoggett Farm is well-defended. Last Thanksgiving, NT and his dad decided to demonstrate their skills with the trebuchet – a medieval siege engine they'd built.

They're still having a few problems calibrating for distance.

Micah the dog loves to fetch. Her favourite toys are frisbees, which she will bring you with a soulful look in her eyes that is the very definition of 'hope'. She liked the idea of flinging pumpkins, but found them harder to lift than she anticipated.

So what do you think? Are you inspired to put fingers to keyboard?

Give us a witty caption. And send more photos!