According to the author, this is a 'fairytale for vegans'. 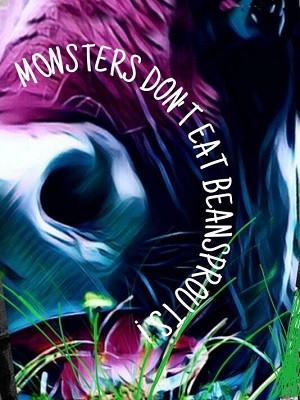 And a great sorrow filled the land for it was the time of the hornèd Beast.

Those that dwelt in the lush valley went about their tasks with heavy hearts, often stumbling as their gazes drifted ever skywards, ready, wary. Fearful.

Some said it was simply Nature's Way; others that a curse was upon the land.

Whichever was proven right was of little import. In less than a day now, the Beast would be let loose on the land and many would be devoured.

Those who had lived through many seasons and had survived the Beast's ravages described it as 'so gigantic as to blot out the very sun, with grinding teeth and breath like fire. Vast of belly, it simply fed til there was little or nothing left to devour, leaving the land blighted and barren for many seasons to come'.

Even the very young, feeling the lush soil beneath them, faces turned sunwards, basked in the spring warmth with a sadness born of those who know they may not see another day.

All too soon, the world turned. Darkness fell and the Last Night began.

Those who dwelt in the valley slept pitifully, curled and huddled, till the morning dew washed the Last Night away.

The Day of the Beast was come.

Families bade each other good fortune, neighbours waved to each other gloomily in the morning breeze, realising they may never wave again.

An impotent hush filled the valley as the farmer opened the gate, grasses lush after the fallow seasons.

A quick slap on the flank and Daisy the cow lumbered in.

The Beast was here!