Time passes, things change. Or do they? Here is what the 'resistance' looked like in the United States in 1794, under that terribly unpopular president. . . George Washington?

Taken from A Short History of Pittsburgh, 1758-1908 by Samuel Warden Church. Read it sometime: history is much funnier than you think.

George Washington and the Pittsburgh Rebels 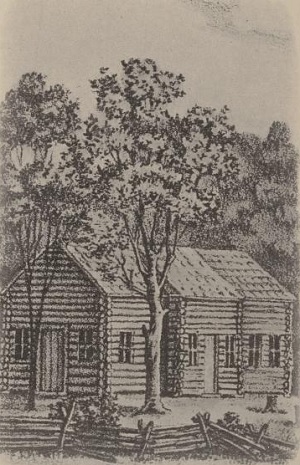 A writer says that in 1786 Pittsburgh contained thirty-six log houses, one stone, and one frame house, and five small stores. Another records that the population "is almost entirely Scots and Irish, who live in log houses." A third says of these log houses: "Now and then one had assumed the appearance of neatness and comfort1."

The first newspaper, the Pittsburgh "Gazette2," was established July 29, 1786. A mail route to Philadelphia, by horseback, was adopted in the same year. On September 29, 1787, the Legislature granted a charter to the Pittsburgh Academy, a school that has grown steadily in usefulness and power as the Western University of Pennsylvania, and which has in this year
(July 11, 1908) appropriately altered its name to University of Pittsburgh.

The whisky insurrection demands a brief reference. Whisky seems to be a steady concomitant of civilization3. As soon as the white settlers had planted themselves securely at Pittsburgh, they made requisition on Philadelphia for six thousand kegs of flour and three
thousand kegs of whisky – a disproportion as startling as Falstaff’s intolerable deal of sack to one half-penny-worth of bread4. Congress, in 1791, passed an excise law to assist in paying the war debt.5 The measure was very unpopular, and its operation was forcibly resisted, particularly in Pittsburgh, which was noted then, as now, for the quantity and quality of its whisky6. There were distilleries on nearly every stream emptying into the Monongahela7 The time and circumstances made the tax odious. The Revolutionary War had just closed, the pioneers were in the midst of great Indian troubles, and money was scarce, of low value, and very hard to obtain8. The people of the new country were unused to the exercise of stringent laws. The progress of the French Revolution encouraged the settlers to account themselves oppressed by similar tyrannies, against which some of them persuaded themselves similar resistance should be made. Genet, the French demagogue9, was sowing sedition everywhere. Lafayette’s participation in the French Revolution gave it in America, where he was deservedly beloved, a prestige which it could never have gained for itself. Distillers who paid the tax were assaulted; some of them were tarred and feathered10; others were taken into the forest and tied to trees11; their houses and barns were burned; their property was carried away or destroyed. Several thousand insurgents assembled at Braddock’s Field12, and marched on Pittsburgh, where the citizens gave them food and submitted to a reign of terror13. Then President Washington sent an army of fifteen thousand troops against them, and they melted away, as a mob will ever do when the strong arm of government smites it without fear or respect.

Editor's Note: You can see where this guy's sympathies are. He's all for using force to 'put down the rabble'. Of course, the term 'American Revolution', as applied to the War of Independence, is a misnomer. The instigators, er, Founders, fully intended the United States to be 'free and independent' from Great Britain. After all, the former colonies were a major cash cow. They had no intention of succumbing to all that dangerous 'levelling', however. Which is probably what the western Scots-Irish wanted. They had been, er, 'radicalised' by all that French propaganda.

So: does the world change, or doesn't it? You be the judge. One difference between George Washington and 21st-century presidents, though: he didn't play golf. He rode a horse. If necessary, into battle against angry distillers.

1Feel the burn.2These days, it's the Pittsburgh Post Gazette.3Define 'civilisation'. See 'Scots and Irish, who live in log houses.'4Henry IV, Part I, Act II, Scene 4.5Beating the British was expensive. They owed everybody money. Americans hadn't got the idea yet that 'freedom isn't free: sometimes it costs money'. They still haven't.6This was written before Prohibition in the 1920s. According to visitpittsburgh.com, ' Although distilled spirits run in the Pittsburgh region's veins, there hadn't been a whiskey still in the city limits since Prohibition…until Wigle Whiskey, an artisan whiskey distillery, opened in Pittsburgh's Strip District in 2011.' The same source explains that Wigle Whiskey is named for Phillip Wigle, the distiller who started the Whiskey Rebellion we're reading about here. Talk about tradition.7The Monongahela has many tributaries, including the Youghiogheny River and the much-easier-to-spell Turtle Creek.8Also: maize and grain were hard to haul over mountains to get to market. Whiskey was easier, and kept longer.9Boy, are you people lucky that I'm a US history expert. I knew to look up 'Citizen Genet'. Genet was a very gung-ho French revolutionary who went around handing out pirate licences in the Carolinas. This ticked off Thomas Jefferson, big-time. Read about it in the official US State Department account. We have to keep records on these things, because our politicians don't stay awake in history class. Then they try to make it up as they go along.10This is not as much fun as it sounds.11If this sounds fairly harmless compared to tarring and feathering, I have two words for you: bear bait.12A significant battlefield of the French and Indian (aka Seven Years') War, fought between the British and French in 1755. The field is about nine miles southeast of the Point (Forks of the Ohio), near where Turtle Creek empties into the Mon. I'm glad it wasn't that other river. I don't want to spell it again.13This may be an exaggeration. Okay, they threatened to secede. They burned the mayor's barns. There was a lot of loose talk about guillotines and such. But we'd hardly call it a 'reign of terror'.