June 2017 Create Challenge: Changing the Past, One Step at a Time 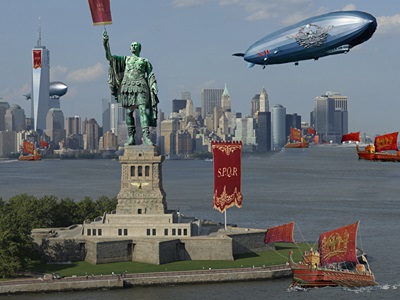 You've seen those time travel movies. Somebody goes back into the past and changes one thing, one 'contingency moment'. Two people meet – or don't meet. A boat doesn't sail. Somebody misses a train. . . Suddenly, the future looks a lot brighter. Or darker. . . Don't step on any butterflies.

What we want you to do is to change one thing about the past. Then figure out how the world would be different from the one we're living in. The one thing you changed could be:

Put your links and announcements of 'It's in the gmail!' in the Submissions thread below. Don't put your entry itself in there, it just makes the Create Team cross, because they're too lazy to copy and paste.

This is your chance to be an armchair historian. Change the world – one detail at a time!