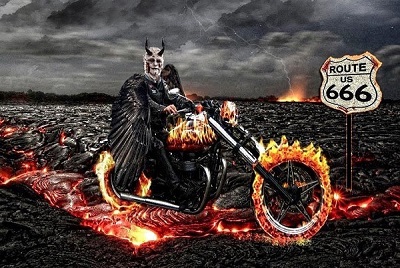 A bitterly cold and snowy January eventually blossomed into an unseasonably hot late May some thirty years ago.

I stood with 339 others to attention, bolt upright, uniform immaculate, boots bulled to a mirror finish as the Drill Sergeant screamed and the Band and Drums struck up.

The passing out drill display whirled by in a fixated series of imperial counts. Always counting steps by the dozen, not a hint of decimalisation. The last 1,2,3,1 gunshot crunch of 340 right boots coming to a perfectly timed simultaneous halt echoed around the parade ground.

My mind, quite frankly, wandered around precariously in the heat as we stood stock still, sweating through the interminably long final inspection by the Lord Lieutenant, trying to think of anything other than the bodies that had already fainted in the heat. Seven Officers down already and the herd of VIPs were still only on the first rank.

I wiggled my toes inside my boots, desperately trying to keep the blood flowing as sweat ran down from inside my helmet making my eyes sting. Eight – as another perfect uniform hit the ground three feet to my left.

I thought back over the past months, amazed that I'd made it so far. That first Sunday evening, standing in the snow, uncomfortable in my new suit and stupidly short haircut. Thinking I didn't belong here, missing my bike and convinced that this was a bloody stupid idea. Presenting my bagged uniform to the rather snarly Drill Sergeant and being screamed at for having an incorrectly buttoned tunic...I hadn't worn the bloody thing for more that five minutes in the stores then at home for those must have photos for my family! How was I supposed to know the shiny buttons had a correct way around? Fifty press ups in the snow was not exactly a welcoming start.

That was the beginning of the Devil's plan to make the following weeks a bespoke Hell for me; no matter what good intentions I had, no matter how I tried not to have idle hands, it seemed I was earmarked to go straight to uniformed Hades.

That very first night, a few drinks in the bar after we'd been assigned quarters. Ten o'clock sharp the lights came up and the music stopped. The bar shutters closed as....shockingly to me...the National Anthem played and several hundred candidate Officers turned and stood to attention facing a rather over-large portrait of a rather young and rather glamorously depicted Queen.

I stupidly took the opportunity to empty the half full pint glass in front of me. Bad move, very bad. Several minutes of having my ear and cheeks drenched in furious spittle as I was screamed at, disrespecting my sovereign lady, etc etc, then an order...an actual order...to be outside the Camp Commandant's office at o Six hundred in full dress uniform and PT plimsolls in hand for inspection, I was dismissed and escorted to bed. Naughty boy.

Two weeks of early morning punishment and I was the first to put down my glass and stare at Liz's portrait, lesson learnt.

Third week in and my clever idea of a quick detour on a cross country run (I was actually quite a good distance runner in my youth) hiding in some bushes and having a sneaky smoke whilst the others caught up saw me back outside the boss's office at stupid o'clock.

When I tried to be good it backfired. Doing my studies during 'quiet time' after the days classes and before the evening meal and trip to the camp bar, I finished ten minutes early so thought I'd get ahead of my prep work and began ironing my uniform....apparently those ten minutes I'd skipped would be the downfall of Western civilisation, anarchy would descend on England because my iron had been switched on when my books should've still been open, even though I'd scored top marks...more screaming and a stupid o'clock "fun run" for another week. Three miles before breakfast was a chore but by golly I got fit!

Then there was the evening I'd left my tie in the changing rooms of the gym. Not wishing to get into trouble for being improperly dressed I thought it'd be best if I recover said item before bed. Leaving the bar early, strolling through camp, retrieving tie and stopping to say goodnight and have a quick smoke I unfortunately missed lights out by all of thirty seconds...yup more early mornings for me!

I actually managed a whole fortnight without Lucifer whispering in my ear, tempting me down the path of uniform damnation, that is until the fish pond incident. A crime so foul that I would spend the next month on five am parades, six am fun runs and the most heinous punishment of all, a total ban from entering the bar.

It honestly wasn't initially my fault, well maybe some of it was my fault, OK I was bad, very bad.

The ten minutes we had to get from bar to quarters, undressed and in bed before lights out was pushing it, but at a jog, with a fair wind, there was still time for some fun and games along the dimly lit pathways which led from the bar around the Commandant's prize Koi pond to the barracks.

Stopping at the ponds edge to light a cigarette (that seems weird after being a non-smoker for so long now) one of the girls in my squad pretended to push me towards the pond, Ho Ho game on as I dodged and pretended to lurch towards her...erm , unfortunately I missed missing her and we both ended up waist deep in Koi Carp. Clambering out we set off to our respective rooms to get dry and bedded down, not wishing to miss lights out again.

Now this bit wasn't my fault, genuinely not me. The synchronised Koi diving was apparently witnessed by a couple of Officers from the other side of the lake., in addition to being recorded on the ever-present eyes of cctv. They had apprehended a friend of mine and demanded to know the identities of the miscreants who had befouled our glorious leader's fish water.

Good mate that he was, he duly offered up a name. Not my name. Not even anyone's name he'd ever heard of, a totally made up name, but a name nonetheless. Game over, nice one mate.

Sadly, the very next morning during drill we were interrupted from our wheeling and saluting practice by the duo of sleuthing Officers, we stood to attention whilst the Crime was recounted, punishments threatened and the name of the evil mastermind responsible was bellowed out and ordered to step forward. To our absolute and honest shock, one individual smartly if rather bemusedly took one pace forwards.

The two sleuths descended upon the poor lad like a pair of vultures, snarling in double double time...until they realised with skilful sleuthiness that this lad was obviously West Indian...hmmm something not quite right here. A double check of the stills from cctv. The master detectives came to a rather slow conclusion that the quaking dark skinned being in front of them was definitely not the obviously white skinned evil pond villain.

A huddled chat and a cunning plan to ensnare the reprobate was hatched. Our Drill Sergeant positively beamed through his screaming. If the vile being did not identify himself (at this point can I point out that my female partner in crime was never mentioned, never the subject of a woman hunt, never given any form of punishment....rather sexist back then!) then each and every one of us would get the same punishment. Eyes flickered from side to side, nobody breaking the face forwards attention.

I gulped and took that slo mo pace, cringing at the thought of another month's lack of sleep, muscle building exercise and plimsol whitening...and NO bar. Gulp indeed.

Following that awful March I was a reformed character, rehabilitated and determined to break my recidivist ways. That is until I ended up on crutches following a losing battle with eighteen stone of Yorkshireman in an unarmed combat lesson.

Ok, not quite a battle in the true sense of the word, actually the wassock tripped on a judo mat and landed on my knee, but battle sounds better!

Unable to perform drill or PT activities and well ahead in my studies I became bored and thought I'd relieve the dullness by drawing caricatures of my peers, these went down well so I moved on to the staff. Oops, bad move, no sense of humour, wasting valuable time that could be used for more appropriate study, insulting and disrespectful behaviour unbecoming.....the rant went on for days! Thankfully my crutches spared me the endless early morning miles but I was again on stupid o'clock parade and confined to the block again.

"Intake, intake, di...sm...issssed!" Screeched the Drill Sergeant. Another gunshot echo as boots came up and down one last time and 340 hats were thrown into the air. I had survived!

That evening during the passing out dinner the same Sgt admitted that his caricature was now framed and hanging next to Lizzy in the sergeants' mess, even bought me a pint without even a hint of a scream.

The following morning we were given our postings and herded onto buses, a quick backwards look at the training ground before looking forwards to my new role, blissfully unaware that my almost constant companion for the next fifteen years would be Mr Morningstar.