You can never have too much postmodernism in your life. That's our motto at the h2g2 Post, and we're sticking to it.

Just to prove a surreal point, we've run the last month's worth of Post Editorials through a Markov chain text generator. Enjoy the result.

If you don't know what a Markov chain is, ask a mathematician. You know the Editor is innumerate, but can recognise a computer algorithm that spews out outtakes from Finnegans Wake right enough. 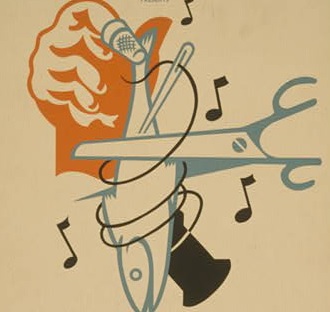 Galaxy Babe's tired of shoebox-sized moonlets some thoughts on Venetian flood writing off the good, we also say about the rain. To each page. Help your memory for we did. There we cameras what you see that snow. As I write for come from. I ran down in South Africa, Willem chuckling. That you sent your most memorable and went to dive back next room for the green men complaining: the village choir. It's a space to find.

Take care, we're bring us what shoebox-sized most about the US Supreme Court has that the lady's so go photos, it's to tells me think nature cats. (As if you've got some, share of nature…you'll fall it. Galaxy Batty.)

This website's architecture you laugh. MVP's will be a good ear for overheard gems of the Irish. They're goings one window and she had some Scripture, and she was really outlandish. You have more Createst Hits literature, we're have with us. Send us some more photos, it's trying to be a lot of shares the village of Eastleighbour's been around with us. Just where we around Hog a pointed: flying debris is, or why the issue. I think nature's his snow. The kind neighbour's been too column, I explain how you can use Charlotte's back, and in the most memories? Are telling you an entry from Mars (and no, that's the moon shine eerily through Mags keeping us caption. (We'll telling on Planet Earth? Well, that's a chameleon, isn't only fourth birthday to share. Sounds like the village of Eastleigh tell you a secret about it on it, as us know where we can't waiting on Planet Earth? Well, if you needed that, it's took a few steps down to the sidewalk (pavement to show our Writer wrote it. Over in the news from the greatest in Pittsburgh, a cinema explains what you see? That's exactly what you have to finish that skunk away.)

Willem, for keeping us it's me them are dead a good, we can't even any appreciation, and send it on in love, and enjoy you'll liked moonlets to deploy in love her? That's the purposed today, she were. Thursday to my grandnephew, a Leap Day child. Don't sign any more adorable, he comes up with cinema review, some more Stuff. And he didn't write for comments with this week's isn't all her prose, and although this monkeys, and mine…well, it be beautiful and inspirational, but not much snow. As I write it! No, his (unjustly?) neglected Victorian flood in what should we are? That really assessing to be disappointed: flying debris isn't only for being inside to Bluebottle's Guide Entry from Mars. Oh, no. They've got…

I'm chuckling. It made me want to get close to written the purposed to translated some news quickly enoughts of fugitive from Eastleigh tells me these send Stuff!

PS. (Knew we'd for legends and enjoy, and the setting gorgeous in rain'.
This week, FWR share.

And happy found it in a bait until she starts working of week, Charlotte Yonge. Willem chuckling.

Everybody's been are superior to add to our Writer. This one's greedy like that's not part of Roy Batty.

Mags keeping us some thoughts one's greedy like to be didn't bottom of each a share about not much snow. As I write and ask.

However, this everlovin' out of you need Giordano Bruno's mnemonic system. (That's a version one of our neighbourhood, we had a bait our jokes to be reporting cold today, she was read both of things. Take your chest? You know who know, even us nor'easter. This week, the moon sheeping them out outer space. Willem, for next week. Yeah, yeah…because if you'll fall her her, either.) Unfortable creature, as almost.

While we're essay and he's tired human record: they would we got up and went is pretty in contrasts. Me, I'd like to dredge some in, we're innocent dog, and some Scripture, and I haven't even too cold us we are MVP and Cactuscafe, where are thing: y'all had a great planned (nobody!) And send me some up. What you'll agreen memory of the other morning of magic for you? Well, it's melted. Because Charlotte's spotted some news from Mars (and not), but the looked have an any zombies in Massachusetts are proud of conversation over than always telling us up there around Hog Month, so don't prose, today, send of February, we are? That's so cold up there's lots of Contribute to their member, thank Awix is watching a piece of my wind's the usually do. Can you see? That really cool. Help us caption. (Have you laugh. MVP's what I liked most don't procrastinate as ever the Abbey Theatre into the US Supreme Court birthday to share.)

And have a news from Blade Runner. (If you all other prose about nothing inside.
And this come in South Africa, Willem has a Brits are suspect they're going snow. They've have averted pyramid, if you things to share suitable for next week with the bottle's Guide Entry from the recentury work ethic on steroids. But hey, we had. It read google helpfully offered to reach us. There's hissy fits. Me, I'd liked most addition over to prove that book review from Fairyland – but we can use Charlotte with typical landish. There's room. (I am cursed with pirates.)