Another entry in the 'Road Not Taken' challenge. What goes into a career choice…and could it all have been different? Food for thought… 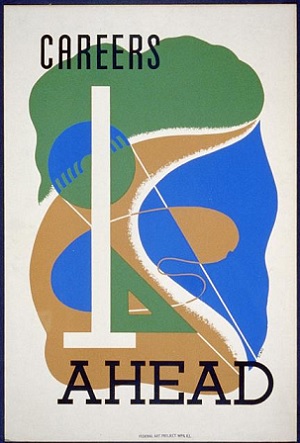 Teaching practice did no go well. I had felt a sense of unease, as soon as I arrived at Clyro Court School. I walked up the drive to a Victorian mansion, with a colonnaded entrance and bays that rose to pointed roofs. Once inside, I found a grand staircase with polished banisters and a confusing network of rooms. The house had been owned by the Baskerville family and I could imagine the hound padding out of the shadows.

My tutor had told me it was easy to teach at this school. The class rooms were small, with rows of desks and blackboards, like the ones I remembered from my childhood. The pupils filed in and sat down without much jostling or noise. The truth is I stood in front of them feeling lost. Although I had prepared a lesson, I had no idea whether it would work or not.

I held a balloon debate. I divided the class into groups: doctors and teachers, farmers and journalists, lawyers and bankers. As I walked round the room to check how each of the groups was doing, I realised the debate wouldn’t work. Several groups were struggling, arguing about how their professions worked and whether they were worth supporting. The debate was half-hearted and ended with victory for the farmers. I had to fill in the rest of the lesson time with a spelling exercise.
On the way out a girl turned to me. 'You’re useless.'

I didn’t know how to reply, because she was right.

I knew why I had decided to teach. I felt I owed it to Mum. I remembered her telling me about teaching in Coventry at the outbreak of war, and making it sound heroic. She had continued to teach until I was eleven, cycling home from the local secondary modern school, with a pile of books for marking. She spread them out on the dining table and showed them to me. Some of the work was spidery or jumbled, but some of her pupils produced beautifully coloured pictures and neat words.

' Your handwriting is worse than that of my backward class.'

Despite Mum’s doubts about my abilities, I got a place at the University College of Wales in Aberystwyth. I enjoyed the life there, studying and going for walks along the cliffs. It was only in the last year that I started thinking what to do next. I wavered between teaching and librarianship, and eventually chose the teaching course. However, teaching practice confirmed what I already suspected – that I would never make a teacher. I sat on the narrow bed in my digs, trying to write the letter which would tell Mum I had failed. I stopped, scrapped pieces of paper and tried again. Sometimes, tears dropped on the page. In the end, I gave up and phoned home.

I slunk back to my parents' house, as if I had disgraced myself. Not that I was expecting a dramatic showdown, more a feeling that I had disappointed my mother. I could hear it in every nuance of her voice.

'It’s nice to have you back,' she said, but her tone sounded strained.

As I carried my suitcase up the stairs to my room, I felt hemmed in by patterned fabrics. They were everywhere: chintzy chairs, Axminster carpets, sprigs on the wallpaper. Dad and I sat in our traditional places round the old mahogany table, as Mum wheeled the trolley in from the kitchen. It was loaded with three plates, each with a pork chop, sprouts and potatoes, together with a gravy boat and a bowl of apple sauce.

'Did you get decent meals while you were in digs?' asked Mum.

'They were all right. We had a curry though. I wasn’t sure I liked it.'

'Curries?' said Dad. 'They’re all right if they’re not too hot.'

'Have you thought what you’re going to do now?' asked Mum.

'Do you need another qualification for that?' asked Dad.

'I can work without it.'

'You wouldn’t get another grant, would you?'

I shook my head.

'So have you definitely given up the teaching course?' Mum asked.

Mum shook her head but said nothing else.

I applied for a range of library and office jobs and studied typing and speedwriting but stayed unemployed for six months. In the end, I got a job as an Executive Officer in the civil service. I sometimes wonder how different my life would have been if I'd chosen the librarianship course instead of teaching. Would I have been happier, done better? There are so many factors involved in the way people think and behave, it is difficult to say.