What's your area's claim to fame? 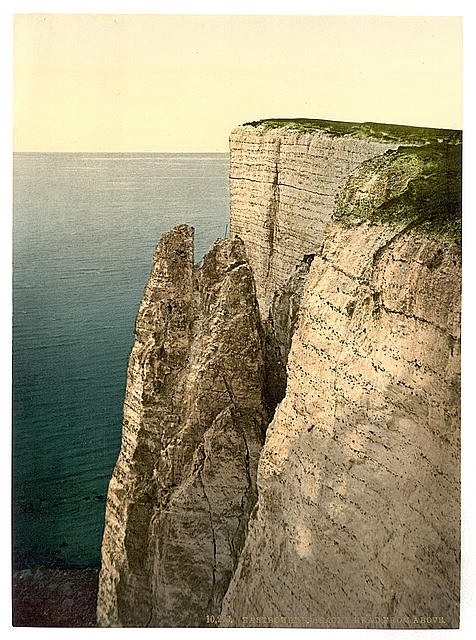 The name has nothing to do with beaches, did you know that? It's from the French, beau chef, meaning 'beautiful headland'. It is that.

Here's something else I betcha didn't know. Those chalk cliffs weren't originally cliffs. Back in the Cretaceous, it was just chalk forming under the sea. Then, in the Cenozoic, the chalk got pushed up. Finally, at the end of the last Ice Age, the English Channel got formed. (There was an accident with some falling chunks of rock in Norway, don't ask.)

Somewhere in time, there's a mammoth telling his grandkids, 'I remember when it were all water…'

Friedrich Engels had his ashes scattered here. Wow. So communists do have an eye for beauty.

It's near Belle Tout and part of the Seven Sisters, along with someplace called Birling Gap. Wiki informs us helpfully that Birling Gap is where all the good ice cream vans are. Apparently, if English people get near salt water, they suddenly develop an overwhelming desire for ice cream. It's a 'tradition' thing, we understand, and probably the fault of King Canute.

Now, I didn't know all that. I've never even been to Beachy Head. I live on the other side of the Atlantic. But the picture was intriguing, so I looked it all up. And thanks to Minorvogonpoet, I will now stop confusing Sussex and the Pleiades. Fascinating.

If you live near Beachy Head, why not drop by and pay it a visit? Write and tell us more about it. Include a photo – a modern one. We can compare erosion rates since 1890, or something.

Don't live in Sussex? Well, tell us about where you live. We're always interested.