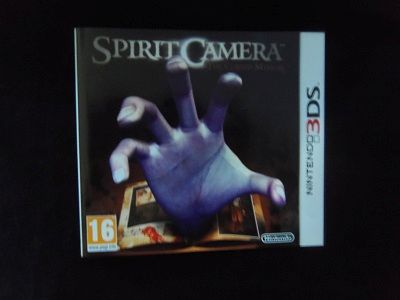 Right up until this week1 the scariest game I ever played was Project Zero, a Japanese survival horror for the PS2. You wander around haunted Himuro Mansion with a camera as your only weapon. The mansion is very dark and decrepit. It was filled with many different types of ghosts that you either just had to take a photo of, or 'kill'2 with your camera. The game had quite a few 'jump out of your skin' moments, like when you open a door and there's a ghost ready for his close-up. It's best played in the dark, but you might want to turn all the lights on when you go to bed afterwards.

I played the follow up, Crimson Butterfly, which was similarly scary, although perhaps not quite as 'shocking'. The Wii version of the game was even better, because the Wii controllers have sound built-in and you hear the ghosts in your hand as well as on screen. So, thinks I, walking around a mansion with a camera as your only weapon is a perfect match for the 3DS camera, right? Hmmm. 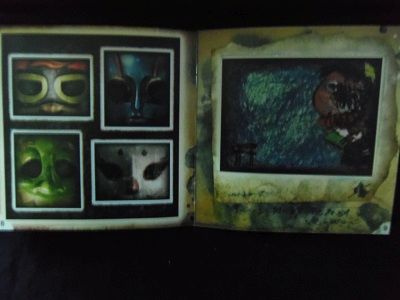 Spirit Camera:The Cursed Memoir (picture one), released in 2012, is a 'spin off' of the Project Zero series and I was rather excited when I bought it. The idea of walking round a spooky mansion and using a real camera to kill ghosties was something I was really looking forward to. Sadly, the game did not live up to my expectations. The first problem - and this is quite major - is the fact that you have play in good natural light, in order for the in-built camera to see the purple diary you've found (see picture two). No playing in the dark for me then. The second problem is that this is not a sedentary,
sit on your sofa, type of thing. You have to stand up, spin around to find and defeat the ghosts who keep moving. You also have to keep finding Maya (see final picture3) who just talks at you and all of this while pressing buttons on a small hand-held console. The third problem is that you're not really walking and spinning around a mansion, you're spinning in your living room or your kitchen, depending on the time of day and the available light. Now it might seem cool to have ghosts appearing and crawling around your sofa or under the kitchen table but, all you can see is the dust on that shelf and that the cooker needs cleaning. Hardly scary. The final problem with the game is that the main game is only about 2 hours long and the story, in the end, is quite disappointing. It's a bit of an oddity, but that's all it is. 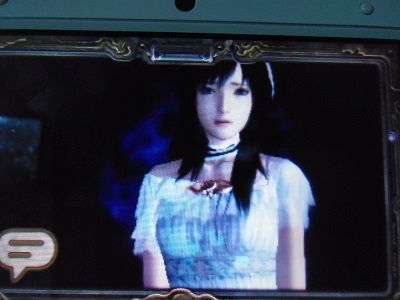 Next time on 'Mags talks about a game': Alien: Isolation. I might even tell you about my 'scream like a big girl' moment...

1More to come on that another time.2Some of saying them saying the strangest things over and over until they are 'dead'3Sorry about the quality of this screenshot, she was on the ceiling.