Mags once again shows that she's a guilty collector

Over the many years I've been playing games, I've also been collecting the Special or Collectors Editions of games. In the course of my collecting, I've acquired three bobble-heads and I would like to share them with you.

The first picture is from the Deluxe Vault Hunters Edition of Borderlands 2. It came with a handy map, art book and Marcus Kincaid, your friendly neighbourhood arms dealer. 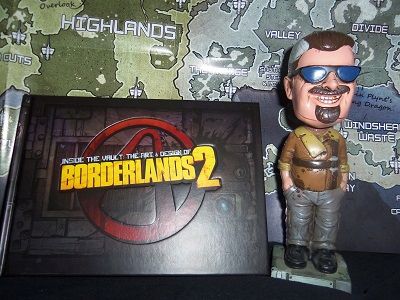 The next picture is that of Vaas Montenegro, one of the big bad characters in the game Far Cry 3 and the 'poster boy' in the game's promotional material. He came to us courtesy of the Insane Edition of the game. The book's quite handy if you want to know how to cross a crocodile infested river or how to hypontise a chicken. He is wearing a hula skirt because every car you get in has a hula-girl bobble-head on the dashboard 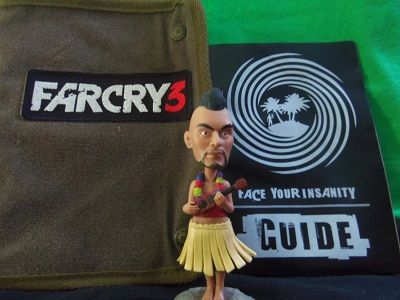 The final picture is Vault Boy who appears in the Fallout series of games He is the mascot of the Vault-Tec corporation. In Fallout 3 there are 20 actual bobble-heads for you to collect in-game and in New Vegas he is encased in 7 snowglobes. Behind him you can see his lunch box, thankfully, it didn't contain Squirrel on a stick.1 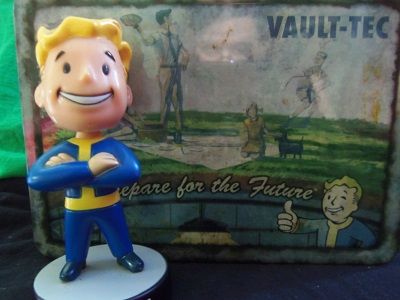 It has to be said that all three of these games have an 18 certificate and are slightly on the violent side, but don't let that put you off. Afterall, it's only a game.