The Prof is challenged to drinking contest

whisky or vodka – purely on medicinal grounds of course

(or used to before living standards etc changed my drinking habits 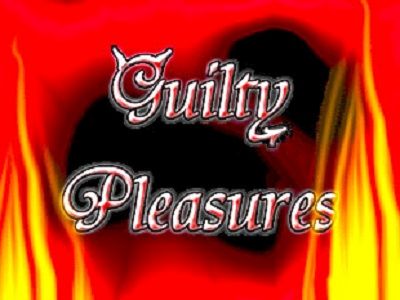 On one occasion many moons ago, one night I was in my local pub at the time (in the 1970's) I was sat at the bar contemplating the universe with it's many unanswered questions and what to have for supper once I got home, along with my companion, which was a small glass of whisky when a mate walked in with a mate of his.
Now "his" mate, this "lad" was only about 19yrs old or thereabouts I reckon (not 100% accurate on that bit - age and memory (NOT through drink

)) and he said to me, I see you like whisky! I replied yep now and again

he boasted that he could drink it in gallons with NO effect and I thought "aye! I've heard this type of bravado many many times" he followed up, by said I bet I could drink you under the table!
My reply was! Maybe so! (nonchalantly)

He then said do you want a drinking contest ? (my brain went into dumb mode

) I asked what do you mean ? He carried on by saying we drink whisky until one drops out and the loser pays for it all. I smiled and said well why not! I've nothing else in my diary at the moment. At this, the landlord behind the bar said "is he taking "Animal" on at whisky supping ?", my mate said "yes", the landlord said put me a side bet of £50 on Animal - the "lads" in the pub also heard this and then followed a sort of stampede which started with side bets coming in from all directions.(this was ALL to be covered by my mate - one of many

) At this attention the "youth" then said to my mate - does he drink THAT much whisky? My friend asked how many I had drunk so far and what time I came into the pub, from that he said to the youth to put £20 on the bar and "he'll sup you under the table, if there's any change, he'll sup that off AND when you get up, if you put another £20 on the bar, he'll take you on again. At this comment, the "kid" backed down

one for all and all for one

The landlord spoke and said (referring to my mate) "YES! You've opened your mouth and lost me £50, so I'LL have 3 treble gins on you, at which “my friends mouth moved but not much came out

you've read this far, so you KNOW that the "lads" in the pub are going to do the same – they all shouted (with slight variations) YEP! We've lost out money, so I'll have have 3 beers – I'll have 3 lagers etc.
At which after the landlord tallied up the bill

said to my "mate" that'll be "X" £'s and "X" pence BUT! You don't have to pay it straight away, you can do it over the next few weeks and take my advice! It's best to keep your mouth shut, it costs you money when you open it!

Anyway! The landlord put my 3 treble whiskeys on the bar and "just to add insult to injury" I downed the 3 trebles without a blink of an eye and THEN passed my small whisky glass (which was empty from the start of a possible free night-oh hum!) to the landlord, saying "the usual George please"
THAT youth's mouth dropped to the floor and the "pub" never saw him again.

MY whisky glass, was a small one shot version of a pint pot with a side handle. As hung up around the bar were the personalised pint pots of the pubs regulars, mine had it's place amongst them as well.

I don't advocate heavy drinking of any alcohol beverages, but in those days! If I cut myself, I bled in 1/6th of a gill

and NEVER caught a cold – germs can't survive in alcohol